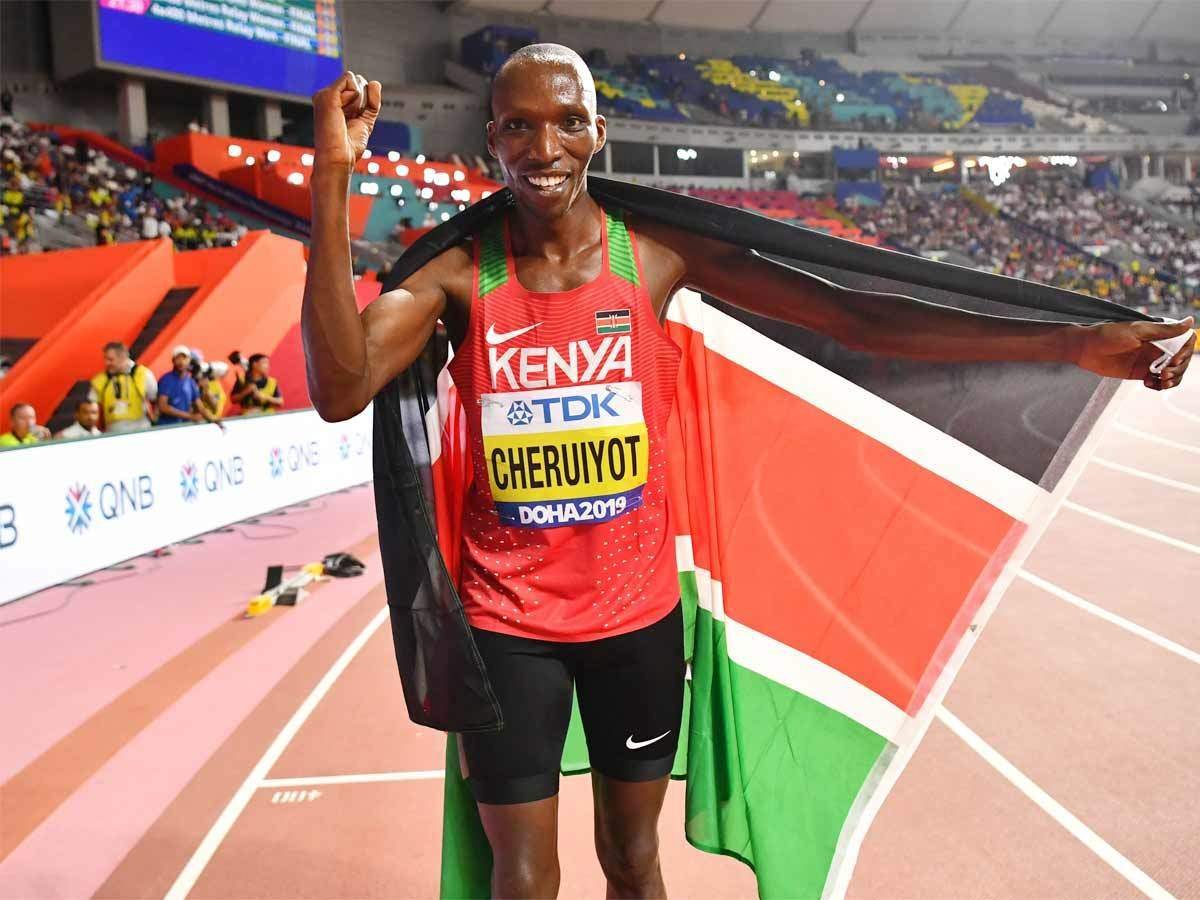 After a brilliant gold medal-winning, 500m run by Timothy Cheruiyot Kenya ended in second position overall with five golds and 11 medals at the IAAF World Athletics Championships 2019 in Doha, Qatar, on Sunday.

Cheruiyot led from gun to tape to add a world 1500m gold to the silver he collected two years ago, finishing two seconds clear of an eye-watering good field to clock 3:29.26, half a second off his 2019 world-leading mark.

Silver went to Algeria’s London 2012 champion Taoufik Makhloufi in 3:31.38 and bronze to European indoor champion Marcin Lewandowski in a Polish record of 3:31.46.

Like Cheruiyot, Ugandan Joshua Cheptegei followed up London 2017 silver with Doha 2019 gold at the end of a towering 10,000m contest.

The 23-year-old Ugandan, who won the Commonwealth Games title last year and became IAAF World Cross Country Championships earlier this year in Aarhus, crossed the line in a personal best of 26:48.36.

It was the second-best time in World Championship history, just shy of the 26:46.31 set by Kenenisa Bekele of Ethiopia in Berlin 10 years ago.

Silver went to Ethiopia’s Yomif Kejelcha in a personal best of 26:49.34, with Kenya’s world U20 champion Rhonex Kipruto being rewarded for his long-time leading of the race with bronze in 26:50.32, with Mohammed Ahmed running a Canadian record of 26:59.35 in sixth place.

Cheptegei, IAAF Diamond League 5000m champion this season, had also put in the work for his gold, alternating the lead with Kipruto. Kejelcha, who broke the world indoor mile record earlier this year, bided his time before making his big move in the last lap, running shoulder-to-shoulder with Cheptegui before dropping back halfway down the finishing straight.