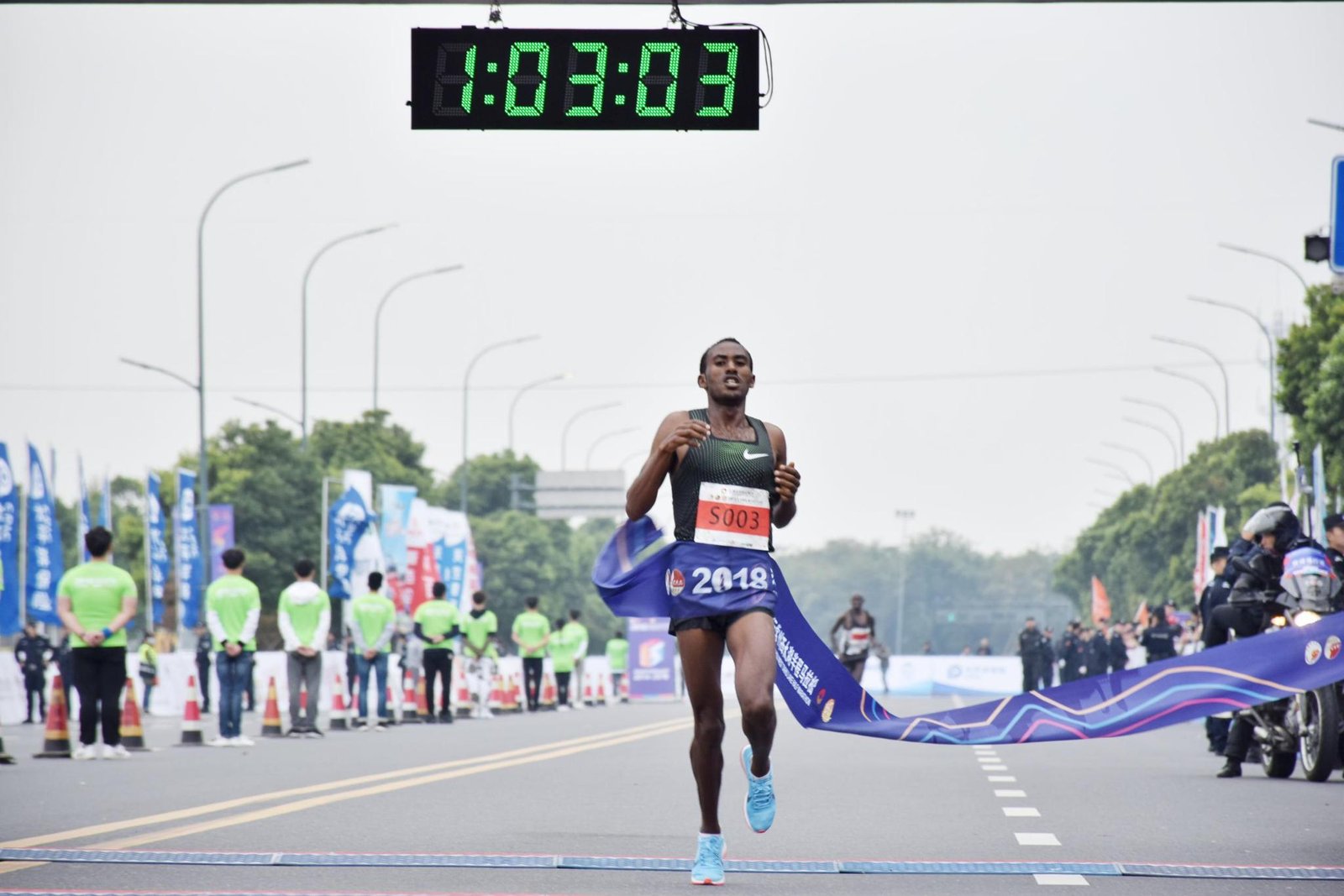 Both men’s and women’s course records were broken at the Changzhou West Taihu Lake Half Marathon on Sunday as Taye Girma retained his title and fellow Ethiopian Fantu Jimma claimed victory in the women’s race at the IAAF Bronze Label event.

The top-three finishers all beat the course record of 1:03:04 set last year by Girma in the south-eastern Chinese city.

The 23-year-old emerged triumphant from a three-man battle and created a decisive lead in the last 400 metres to break the tape in 1:02:45.

Abdi Fufa, 24, lagged one second behind to take second place in 1:02:46, trimming 11 seconds off his personal best set three years ago in Barcelona.

Asefa Tefera, the fastest entrant on paper with a PB of 1:00:07, finished third in 1:02:49 to complete the podium sweep for Ethiopia.

A group of four runners built an early lead soon after the gun. After passing the seven-kilometre mark, Girma launched his first charge but failed to break clear as he was soon caught by Tefera and Fufa.

The trio remained together thereafter until Girma charged once again with some 400 metres to go. Fufa gave his best to go after Girma.

He outraced Tefera in the home stretch but failed to turn the tables against the in-form Girma.

The women’s race also saw an Ethiopian podium sweep. It’s the first time in the six-year history of the event that all podium places in both races were claimed by Ethiopian athletes.

Zinash Mekonnen, who stayed in the leading pack for most of the race but had to quit the title contest after 18km, settled for third-place in 1:12:07, which was more than three minutes shy of her lifetime best mark of 1:08:30 achieved last March in Valencia.