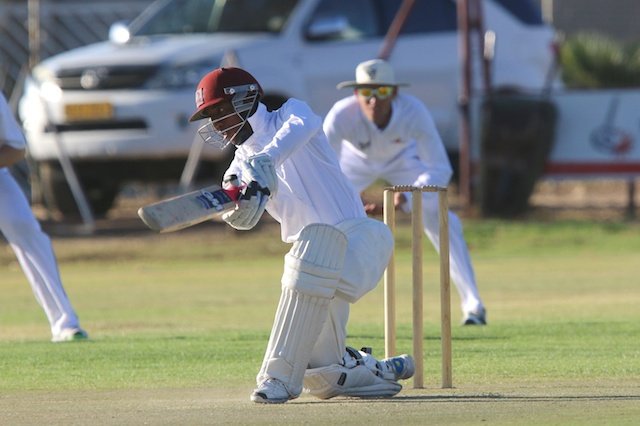 A total of 18 wickets fell on the opening day of the 4-Day Domestic Series season in Potchefstroom but it was the innings of Kagiso Rapulana that helped the Lions take control of their clash against last term’s runners-up, the Cape Cobras, on Monday.

The right-hander withstood all that was going on around him with a defiant unbeaten 84 (130 balls, 10 fours) as the hosts posted what appeared to be a below-par 215 all out at Senwes Park.

But they then reduced the visitors to 106/8t at stumps, still a substantial 109 runs ahead after the opening day of action.

Most of the damage with the ball was done by the spinners – 13 of the wickets going down falling to the slow bowlers, with four each for George Linde (4/67) and Aaron Phangiso (4/28).

Jason Smith (54 not out off 114 balls, six fours) was the other fighter on a captivating day for the two stand-out teams from last year.

It was the Lions, though, who had looked in early trouble after winning the toss and batting in the North West.

Linde was the chief tormenter, with Matthew Kleinveldt (3/34) playing an excellent support role.

However, Rapulana defied the turn and, having finally found support in No. 11 Beuran Hendricks (29), the pair added 72 for the final wicket to ensure the defending champions ended their innings in the ascendancy.

Former Lions bowler Nandre Burger (2/33), who was making his debut for the Cobras, managed to end the last-wicket stand, the hosts dismissed in 56.2 overs.

The reply was a woeful one for the Capetonians. Their openers Janneman (10) and Pieter Malan (two) were back in the pavilion inside the first 4.1 overs as they battled to acclimatise.

Beuran Hendricks (1/28) and Bjorn Fortuin (2/26) were the two to do the early damage with the wickets then continuing to tumble at the hands of Phangiso.

The away side fell to 74 for seven at one stage, before Smith and Dane Paterson (five) managed to add the highest partnership of the innings – a stand of 32 – that ended on the stroke of stumps with their side still in a huge fix.