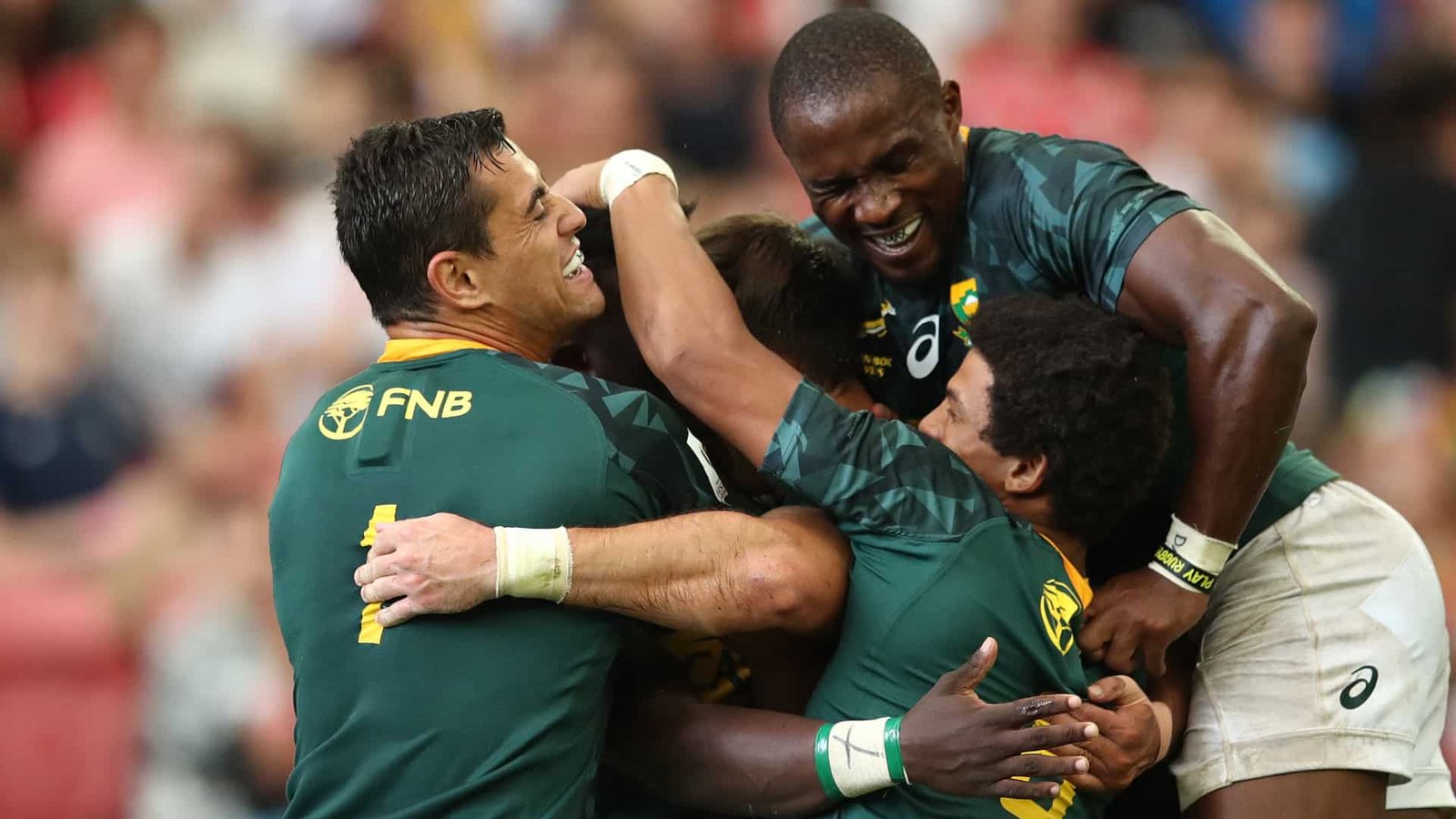 Springbok Sevens captain Siviwe Soyizwapi will lead an interesting mix of experience and youth to Nairobi from Friday to Sunday as South Africa make a return to the Kenya Safari Sevens.

South Africa last played at the event in 2012 and returned as winners from the RFUEA Grounds in the Kenyan capital.

Soyizwapi is one of seven players in the squad that boast HSBC World Rugby Sevens Series experience.

Impi Visser and Angelo Davids made their Blitzboks debuts last season, while Soyizwapi, Selvyn Davids, James Murphy and Cecil Afrika are all World Series winners from the 2017/18 season.

Selvyn Davids, Soyizwapi, Visser and Murphy were part of the squad that bagged the Oktoberfest7s title in Munich last month.

Afrika makes a return to play after undergoing an operation in June to fix a torn bicep.

There are four new players in the group.

Enslin will hope to be the next player from Paarl Boys High since Rhyno Smith to become a Blitzbok, while Adonis is fresh from winning the Currie Cup with the Toyota Free State Cheetahs.

Kota joined from the Vodacom Blue Bulls and Van Wyk from Boland.

Luwi Mngadi played in warm-up matches for the Academy against Uruguay, Ireland and the French Academy earlier this season, before he completed a stint with the Leopards in the Currie Cup First Division.

In an interesting selection, Blitzbok speedster Angelo Davids has been included at hooker, as he made a successful if not spectacular start to his international sevens career on the wing earlier this year.

Springbok Sevens assistant coach Renfred Dazel, who will take the reins on this trip, said the Davids move is deliberate.

“Angelo and coach Neil Powell discussed this move, and both are keen to see how it works out for us,” said Dazel.

“The whole idea with tournaments like these is to try new things and see if it works. That is not only limited to trying new plays and structures, but also to players, as with Angelo in this case.

“Obviously the hooker position in sevens does have its own intricacies, but Angelo is an intelligent sevens player and understands the game well. It will be interesting to see how he goes.”

Dazel said the team was selected with a number of things in mind as another squad will travel to England next week.

“The players that formed part of the Munich win will provide the core, while this is the ideal opportunity to blood some new players in the SA Rugby Sevens Academy set-up to see how they go,” he explained.