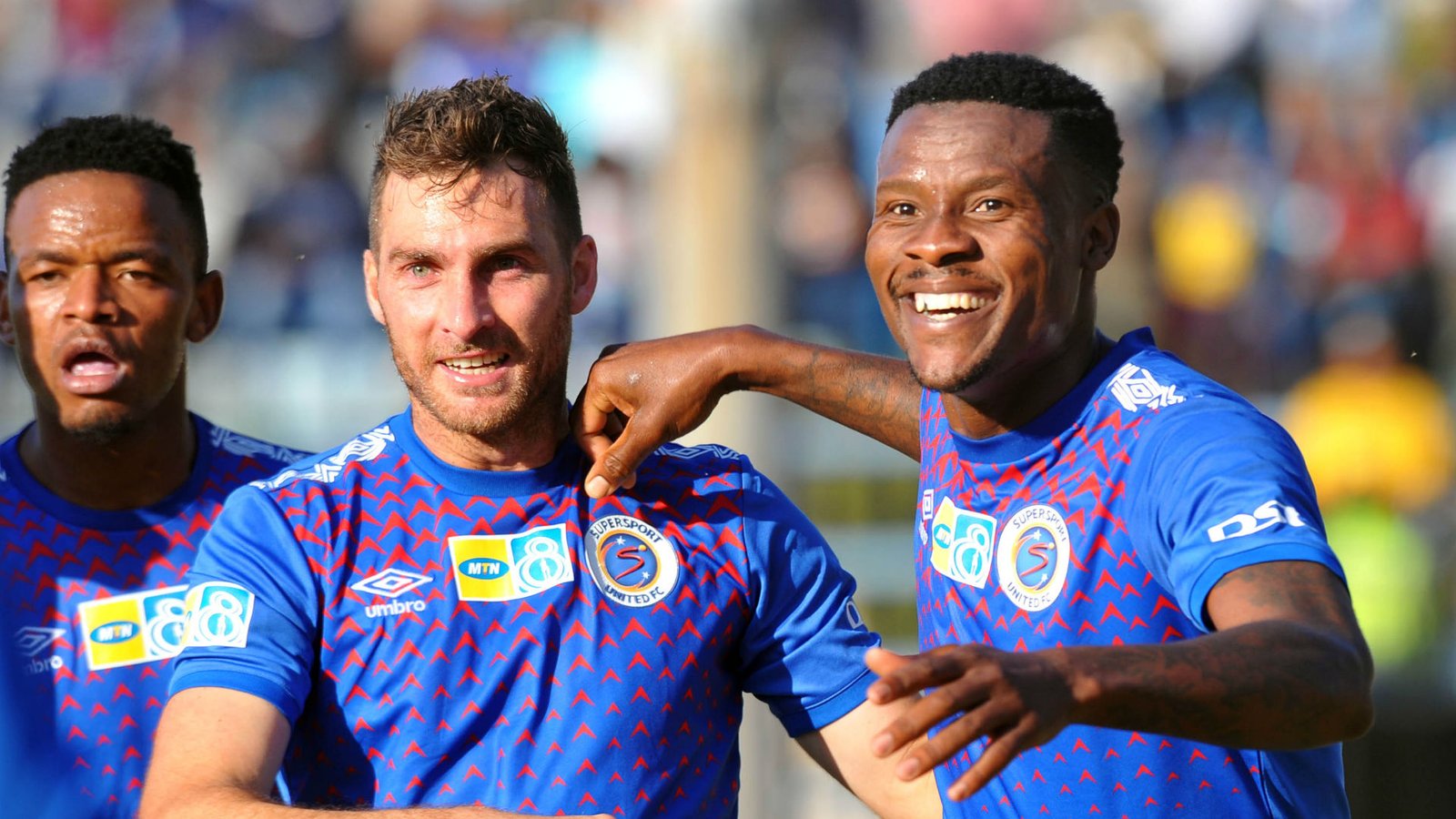 SuperSport United reached a third consecutive MTN8 final after a 2-0 win at the Lucas Moripe Stadium on Wednesday night gave them a 3-1 aggregate victory over Mamelodi Sundowns.

In an absorbing and action-packed semifinal second leg encounter in Atteridgeville, a 12th-minute strike from Teboho Mokoena and an 86th-minute goal by Jamie Webber settled what was otherwise a close-fought Pretoria derby.

Sundowns paid the price for what had been a somewhat sluggish start when SuperSport grabbed the lead early on through Mokoena, who struck a low shot past a couple of defenders and beat Denis Onyango after Thamsanqa Gabuza had teed him up.

Matsatsantsa were close to scoring a second goal seven minutes later when Aubrey Modiba arrived a fraction too late to get a touch on a Gabuza cross.

However, as the first stanza moved past the 25-minute mark, Sundowns began to get more of a grip on the game and there were a couple of shots on goal from Hlompho Kekana, both from range and well struck, but the first was dealt with by Ronwen Williams and the second went wide of the mark.

The Brazilians also had what looked a legitimate penalty appeal turned down after Onismor Bhasera had clumsily clashed with Thapelo Morena in the box in the 40th minute.

Downs though were also to be the beneficiary of a debatable decision when Gaston Sirino escaped with only a yellow card from referee Eugene Mdluli just before the interval, after he had shoved his hand in the faces of both Clayton Daniels and Dean Furman, an incident which had followed an innocuous foul near the halfway line.

SuperSport had the first chance of the second half and should have doubled their advantage, but from right in front of goal Sipho Mbule ballooned his shot over the crossbar.

It was Sundowns though who were showing the greater intensity and desire after the break as they put in a series of dangerous balls into the opposition box, with Mosa Lebusa missing a great chance when he sent a close-range header wide.

Sundowns’ eagerness for an equaliser did mean that they were vulnerable on the counter-attack, and indeed openings did materialise for the team in blue – but again they failed to capitalise as Bradley Grobler was denied by Onyango and Kudakwashe Mahachi fired a volley over the bar with 15 minutes to play.

More opportunities came and went as Ghampani Lungu shot straight at Onyango after a careless back-pass by Rivaldo Coetzee before Mahachi shot into the side-netting.

But the tie was finally put to bed for Kaitano Tembo’s team four minutes before the end of regulation time when Gabuza’s cross-field ball picked out Jamie Webber, who found the back of the net clinically with a low-angled drive from the edge of the big box.

SuperSport, who won the MTN8 in 2017 but lost in last year’s final to Cape Town City, will meet Highlands Park in this year’s final.

Despite all their success in recent years, the last time Sundowns won the top eight competition was back in 2007 when it was still known as the SAA Supa 8.