Springboks turn up the heat at training in Kagoshima 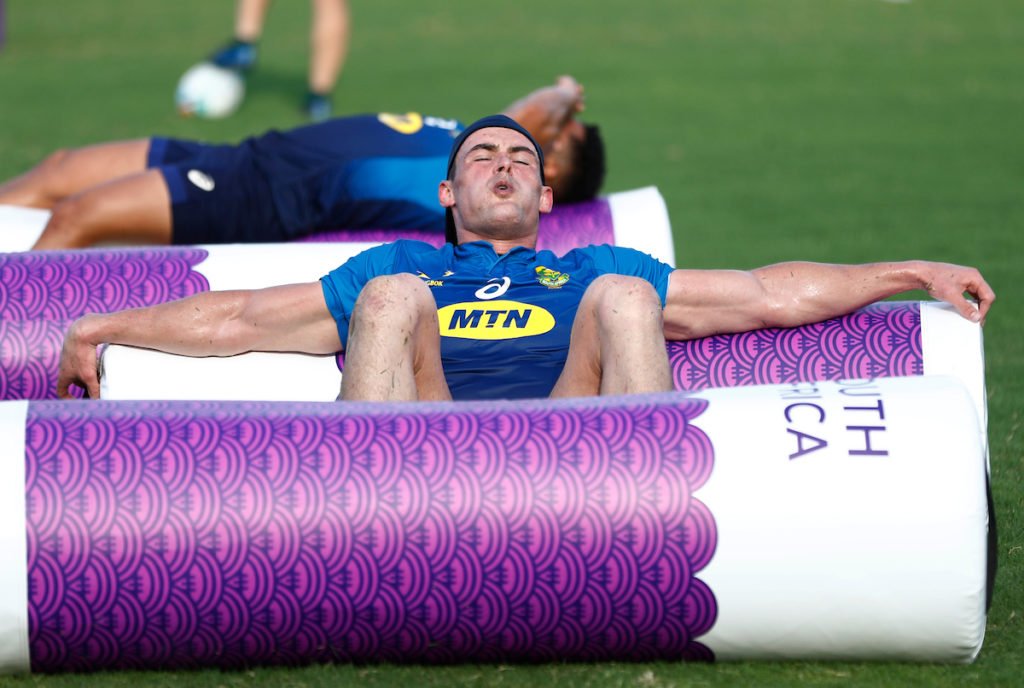 More than 6 000 Kagoshima locals turned out in sweltering temperatures to watch the Springboks put in an intense, sweat-soaked field session in hot and humid conditions on Monday as the countdown to Rugby World Cup kick-off began in earnest.

The Springboks’ Head of Athletic Performance, Aled Walters, turned up the heat with a morning gym session to precede the afternoon’s sapping effort, following a travel day (Saturday) and recovery day on Sunday.

The team will have three more full training days this week before transferring to Tokyo on Saturday for the official Rugby World Cup welcoming ceremony.

It will mark the start of ‘test week’ with the opening Pool B match against New Zealand now looming on the horizon.

The Springboks’ early arrival in Japan and warm-up Test against the hosts have made for ideal preparation with the acclimatisation process to the humid local conditions now well advanced.

And there has been no reduction in the enthusiasm for the tourists.

On Sunday local tuna fishermen, mango growers and juice producers presented gifts to the Springbok team to follow the team’s presentation to the city at a Saturday night jazz festival where the local councils sponsored 50kgs of beef and 20kgs of pork for the team’s stay.

“The people of Kagoshima have been amazing,” said Siya Kolisi.

“They have welcomed us with open arms and have been so helpful. The reception we received at the airport was beautiful.

“And the attendance at training was amazing. We are really enjoying our time in Japan and are looking forward to meeting more of the people when we visit schools and have a second open training session this week.”

On Monday Rassie Erasmus, director of rugby, explained to a joint media conference with Kagoshima mayor, Hiroyuki Mori, why the Boks had chosen the city: “We visited quite a few sites to see which was the best opportunity for us, and Kagoshima was the best.

“Everything is top-notch, the hotel, the food and the training facility so we’re very happy here and that’s given us a good chance to do well in the World Cup.

If Monday’s session at the Shiranami Stadium, a five-minute walk from the team hotel, is anything to go by, the Boks will have nothing to fear in terms of warm weather preparation. An intensive on-field session was followed by a lung-busting fitness session in high temperatures that left every player drenched in sweat.

The programme has been carefully mapped out to set the Boks up for “test week” next week.