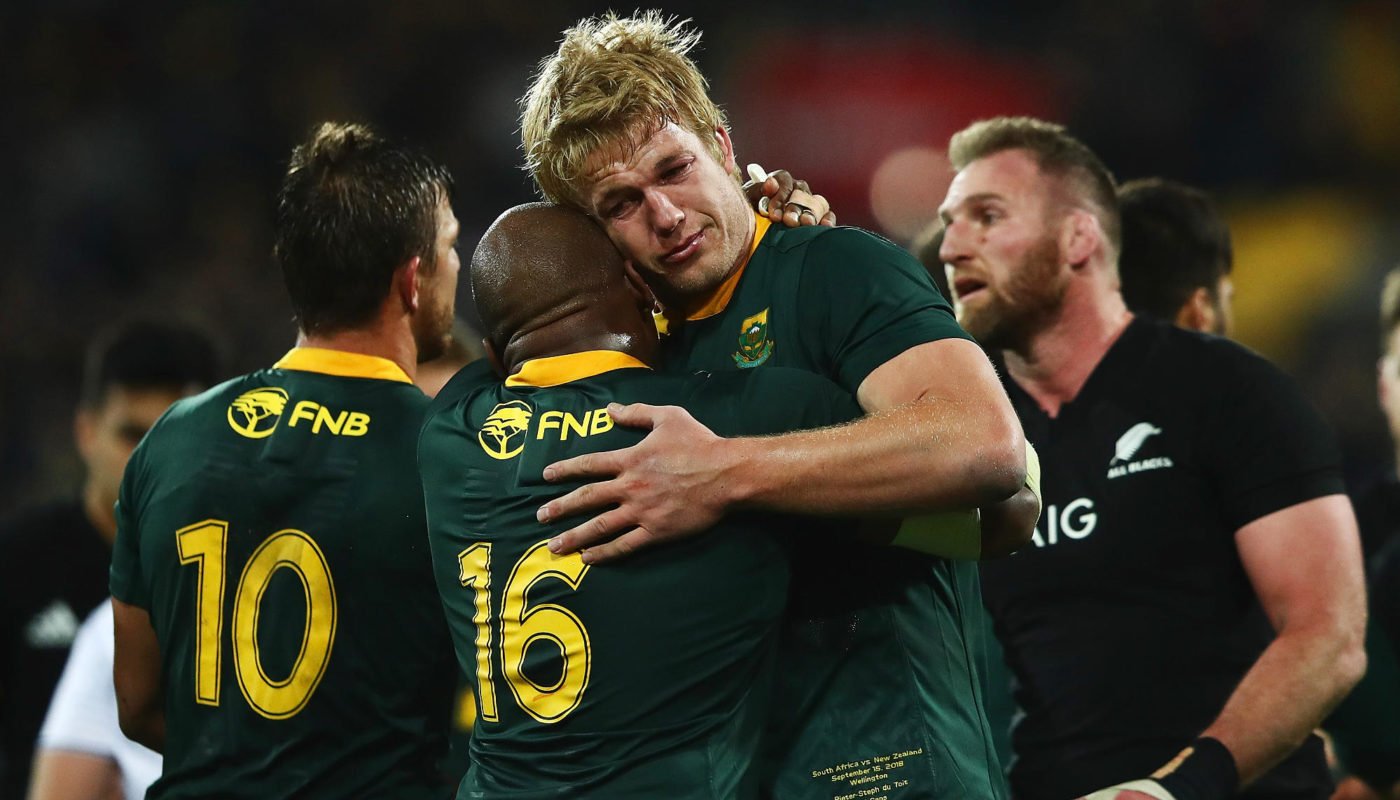 Springboks will be stronger for their defeat by New Zealand, believes Jacques Nienaber, the team’s assistant coach and defence specialist.

Nienaber said that the team had already incorporated the lessons they had taken from the 23-13 defeat into their preparations for Saturday’s African derby against Namibia at the City of Toyota Stadium.

And he believes the experience was the perfect preparation for the play-off challenges the Boks are hoping to experience at the end of the pool phase.

“It’s always nice to see what challenges New Zealand would throw at us,” he said.

“We had an idea that they would kick a little bit more and they kicked a lot more! I probably didn’t expect them to kick that much but, yes, we did expect a lot of attacking kicks.

“Out of the 21 they kicked that we had to defend, I think there was about eight that I would say they had the upper hand on and, unfortunately, two were catastrophic for us, but the others I thought we handled fairly well.

“It’s always a benefit to playing the No 1 team in the world. It was like playing a semi-final game in your pool. I thought we learned a lot from it. I know people always say ‘we’ll learn from it’, but we did.

“For us it was a great match in terms of tactics, physical confrontation, getting challenged in all departments; mentally, the build-up during the week, the enormity of the game, then in the game itself, the physicality, the speed of the game.

“You know if you play the All Blacks and you make two errors it’s 14 points – we made three consecutively and it was 17 points! So it’s nice to play a game like that where there is that much pressure and where if you make a mistake they’re going to punish you.”

Nienaber’s focus – and that of the rest of the coaches – has been on eradicating those mistakes and the challenge of Namibia will see those developing strategies put to the test.

It does not mean a revision of the plan or a change as a result of a change in 13 of the starting XV for Saturday’s match, but constant improvement and evolution of it.

“Our system will develop, and New Zealand opened up something in the way they attack and their style of play that we have to address and work on so it was nice to get that insight and start focusing on that,” said Nienaber.

“Because we have been together through the Rugby Championship it has been great to work with the guys.

“I thought we had an unbelievable vibe at the training on Wednesday in terms of the intensity and the things that we wanted to fix; so we had nice focus and that’s the nice thing. These guys haven’t played for two or three weeks so they had an abundance of energy.

“We’ve got a plan in terms of developing the squad. That will always take precedence over everything else.

“We try and develop our game across the board with the attack, defence, kicking, mental approach and our work ethic during the week and we try and improve on that.

“So in my mind sitting here if we concede three points that will be a good defensive performance and if we concede 30 I’ll be disappointed. But there are bigger things than that we would like to achieve in the game.

“There were things that we lacked in the New Zealand test and we want to improve on those and build our systems and the skillset of our players within the system. Seeing improvement in those areas would be more joyful for me than how many or how few points we concede.”