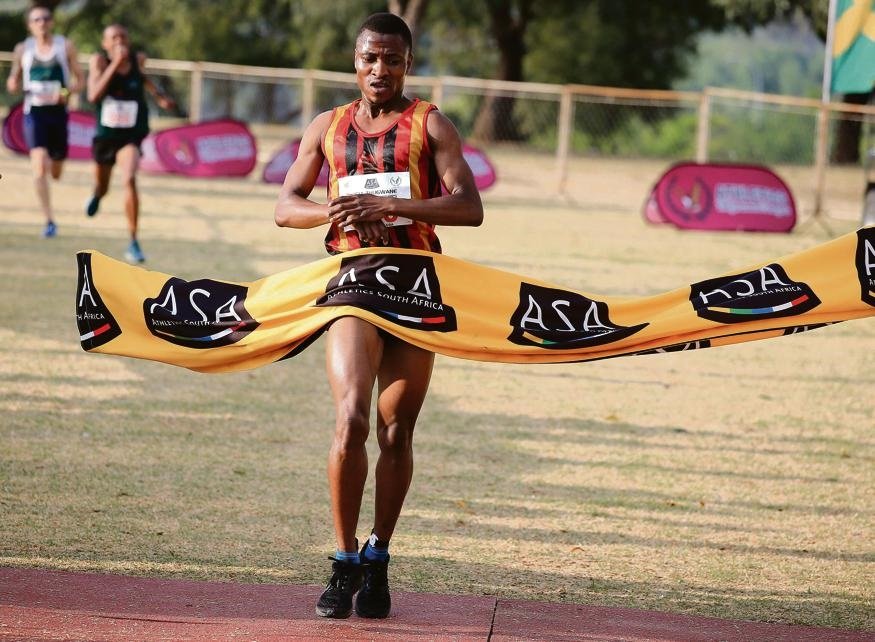 Mashele, who trains under the guidance of Hendrick Ramaala at Zoo Lake, has failed to win only one 10km race in the last two years.

That was was the highly-competitive Paderborn 10km race in Germany in 2018.

With a best of 28:33, Mashele could well be seen as someone who has not hit his best and hitting the roads in Durban on October 13 could well change that.

It is no secret that Elroy Gelant (silver label) is targeting a sub-28 in Durban.

With SA 10km record-holder, Stephen Mokoka already in the mix, Uganda’s Stephen Kissa (27:13 PB),  Joburg 10K winner and runner-up, Alfred Ngeno and Kevin Kibet also confirmed, there is no reason why Mashele should not come close to a low 28 if not better.

After winning the Cape Town 10km on September 15 in 28:36, his second-best time ever, Mashele was confident about the Durban 10K.

“I am ready for Durban,” said a beaming Mashele. “All is on track now and I am excited to run there.”

He finished 16th at the Global Championship. Only Shadrack Hoff (1996) and Stephen Mokoka (2011) have gone better, both finished 15th.

Also returning to Durban is the ever-dangerous Thabang Mosiako.

Mosiako has struggled of late but now seems to be coming into form again. In 2017 he won the Joburg 10K beating the more fancied Stephen Mokoka.

A debilitating attack in early 2018 left him in a three-week coma. There were fears he would not run again, nevertheless, he was able to bounce back very quickly and make the South African team to the Africa Cross Country Championships in March that year.

His recent fourth-place at the SA Cross Country Championships proved that he is close to his best again.