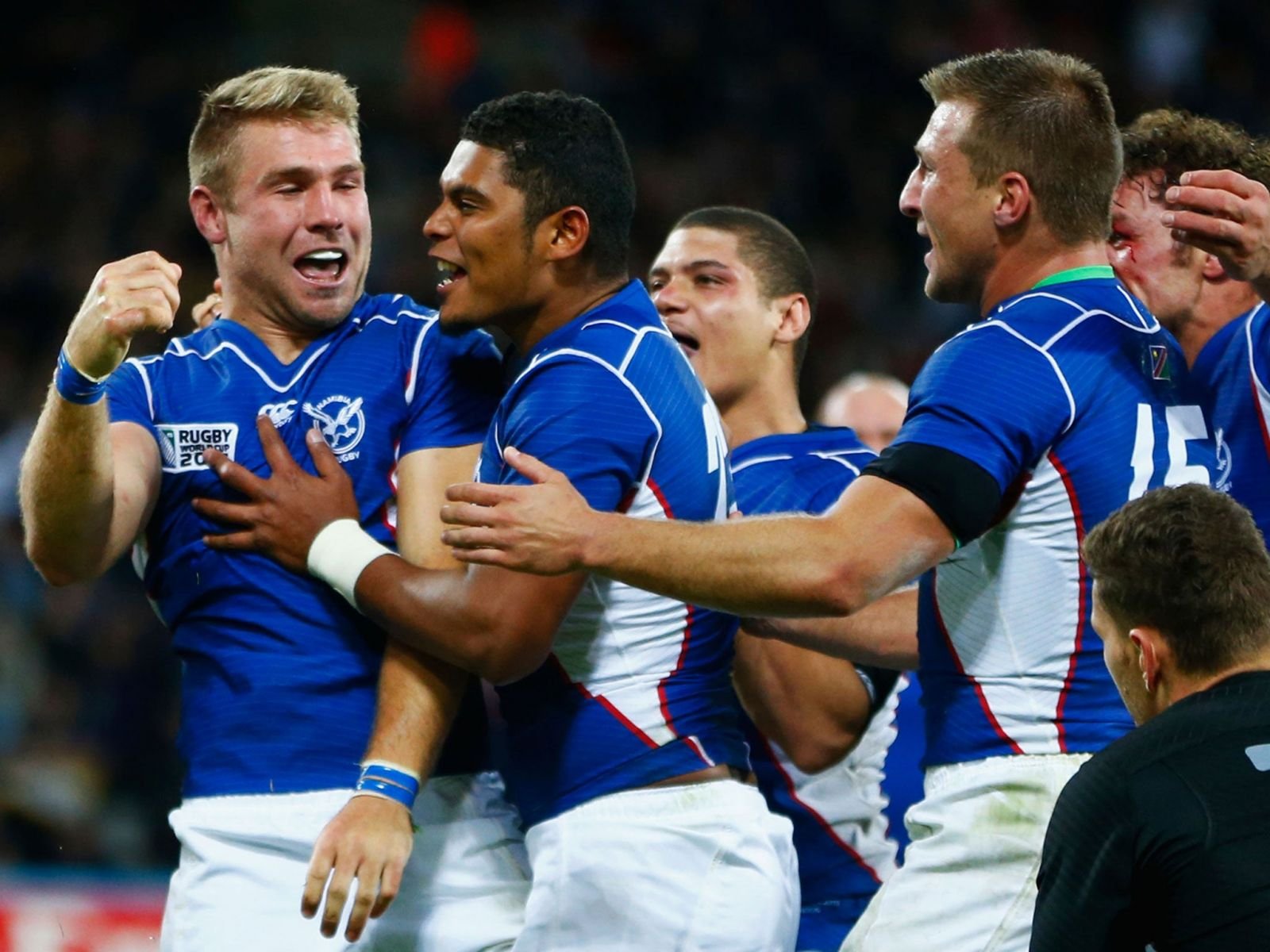 Namibia have hit the ground running with a warm-up game on Monday against local Japanese company team JR West Railers, after a gruelling 48 hours of travel.

Former Wales lock Phil Davies the first coach of Namibia to lead the side from qualification straight through to the World Cup finals, hopes preparation and continuity in the coaching setup and playing philosophy will help them enjoy their best tournament to date.

The Welwitschias have travelled to Japan via Singapore, Doha and Tokyo as the 23rd-ranked nation in the world – the lowest in the competition. They are yet to record a World Cup win despite qualifying every four years since 1999.

“One thing we’ve learned with time is that when we come to a tournament, as we did with the Nations Cup and at the last World Cup, is to get some opposition into the training as soon as possible,” Davies said.

“It gives the players a reality check. It’s not full contact but we get a referee in and they have to switch on and have a competitive mindset from the outset.

“That’s the most important thing for me, that we challenge the players straight away because they’re going to be challenged in a way they haven’t been for four years.

“We know we have a massive challenge here but we want to be a nuisance. We want to make sure we’re as competitive as possible.”

Their road to the finals began two years ago at the 2017 Africa Gold Cup, with a 53-7 away win over Tunisia.

Since 2015 Namibia have gone unbeaten in the annual Africa Cup and qualification includes a 118-0 demolition of Tunisia at home and a 63-7 victory against Morocco.

“We’ve all worked together for four years to put an infrastructure in that’s allowed us to grow and not be beaten in the African Cup for four years,” said Davies, who joined the coaching setup in 2014 and inherited the top job on the eve of the last World Cup after Danie Vermeulen quit unexpectedly.

“During that time we’ve changed the players from an average age of 31 to 24.5. We’ve created some real continuity. We’ve established a high-performance centre and national academy.

“And we’ve tried to develop a structured way of playing, particularly in our half, which has given us more of an opportunity to be organised defensively.

“But if somebody asked me what Namibian rugby is all about and what they can expect from us at this World Cup, I’d say courage and flair. Those are the keywords for me.”

Namibia’s opening game against Italy is on Sunday at Osaka’s Hanazono Stadium.