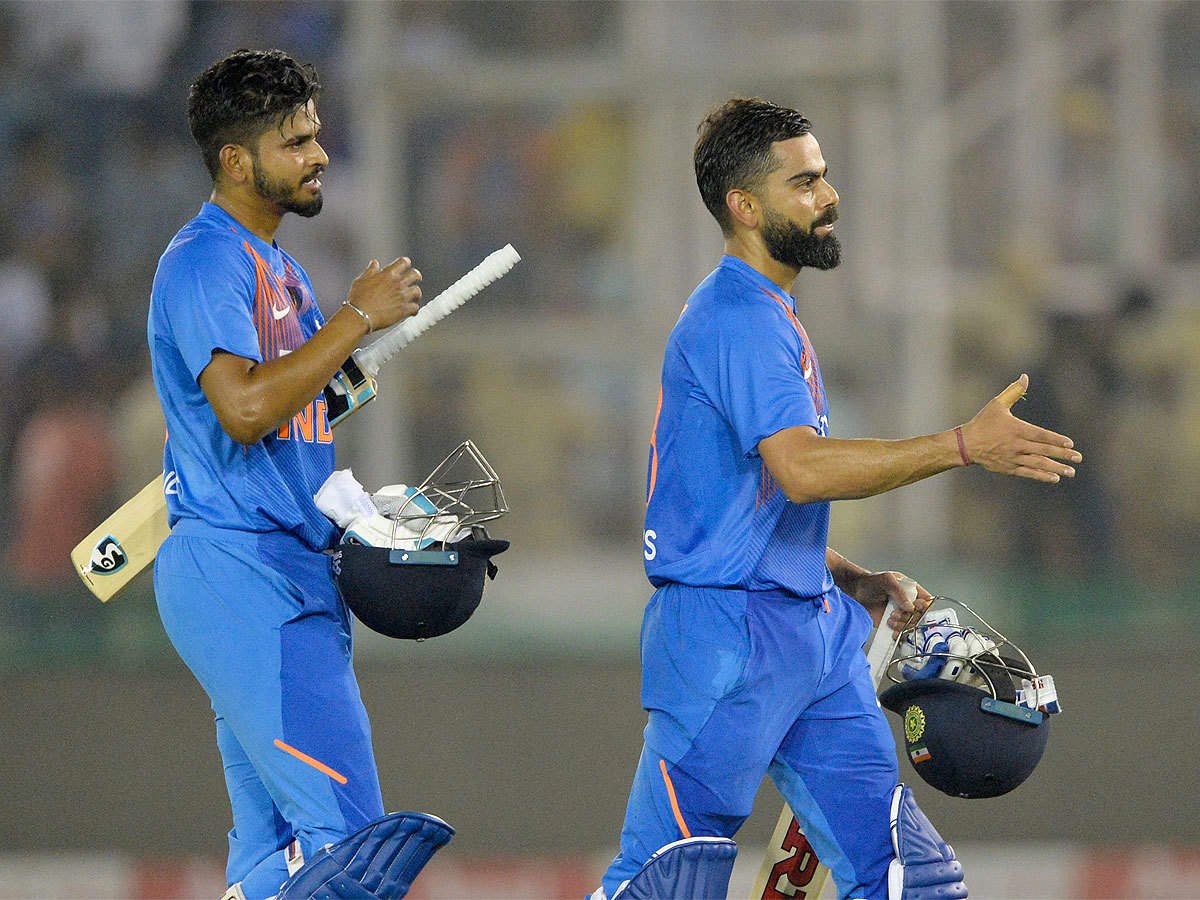 India eased to a seven-wicket victory over South Africa in the second T20 International in Mohali on Wednesday.

South Africa posted 149/5 batting first, and India never looked in trouble as they reached 151/3 after 19 overs – an over to spare in their measured chase.

India claimed a 1-0 lead in the series, with just the final match of the series to be played at Bangaluru on Sunday, after the opening match at Dharamsala over the weekend was washed out.

It was a Virat Kohli catch that turned out to be the turning point of the match as it accounted for South African captain Quinton de Kock (52 off 37 balls) at a stage when he and debutant Temba Bavuma (49 off 43 balls) were setting the Proteas up for a challenging total after being put in to bat.

But the departure saw India, deploying all their death bowling skills and particularly their changes of pace superbly, to restrict the Proteas to just 61 runs off the 54 balls they faced after De Kock’s dismissal.

Andile Phehlukwayo and Dwaine Pretorius did manage to hit a six each in the final over but the target India faced was well short of what the Proteas needed.

Up to the time of De Kock’s dismissal, the match had been extremely even with the two teams being locked on identical totals of 105/3 going into the final six overs.

But, with Kohli in charge (72 not out off 52 balls, four fours and three sixes), India were able to get home comfortably enough.

David Miller’s incredible catch on the boundary certainly inspired the South African fielding standard which, even allowing for a couple of run-out chances that went astray, was right up to the best levels that have been associated with the Proteas over the last three decades.

Appropriately, it was Miller’s 50th catch in T20 International cricket.

The Proteas fielded three debutants of whom Bavuma was the pick. His ability to run smartly between the wickets and turn one’s into two’s is a special talent while the left-arm spinner, Bjorn Fortuin, could also be satisfied with his outing.

As was the case with all the quicker bowlers in the match Anrich Nortje was expensive but he revealed the enormous potential in pushing the speed gun close to the 150km/h mark and the experience will have done him the world of good.