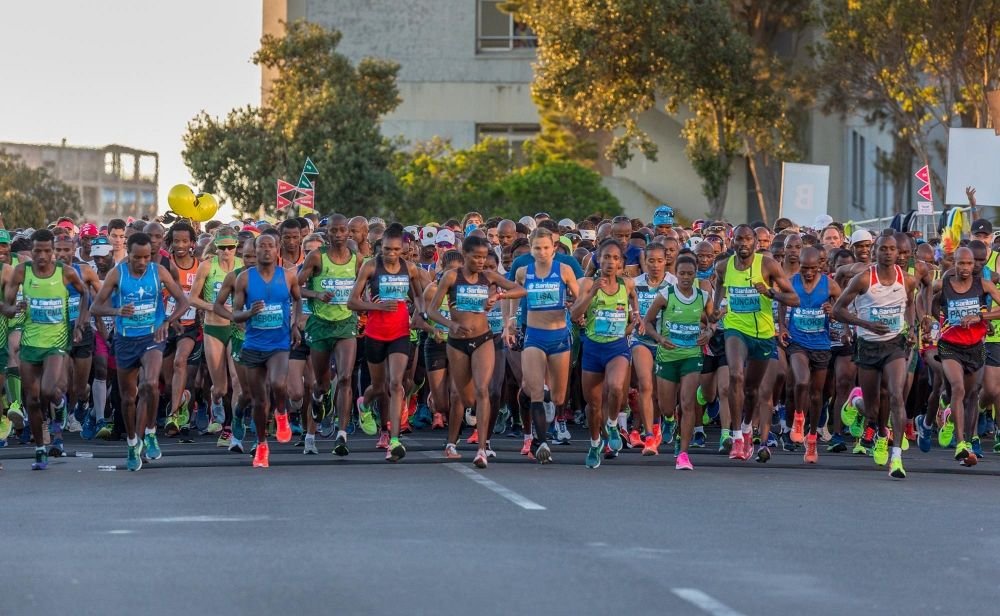 Cornelia Joubert came 12th overall in a time of 2:43:21 to claim the SA Marathon title.

It was arguably the strongest women’s field yet assembled at the Cape Town Marathon and it showed. With six sub 2:30 athletes in the field, it was hardly surprising that the women’s field delivered.

From the gun, a group of nine athletes set a blistering pace, going through the 10km mark in 34:02, led by Kenya’s Janet Jelagat Rono.

Halfway came and went in 72:04 driven by Yimam. The group was on a 2:24/2:25 finish. Gradually the high intensity started to whittle down the leading women until there were only three left to battle it out after 35km. By 40km, Chepchirchir had taken control of the race, with a 28 second lead over Nurit Yimam who had 16 seconds on Gete Tilahun.