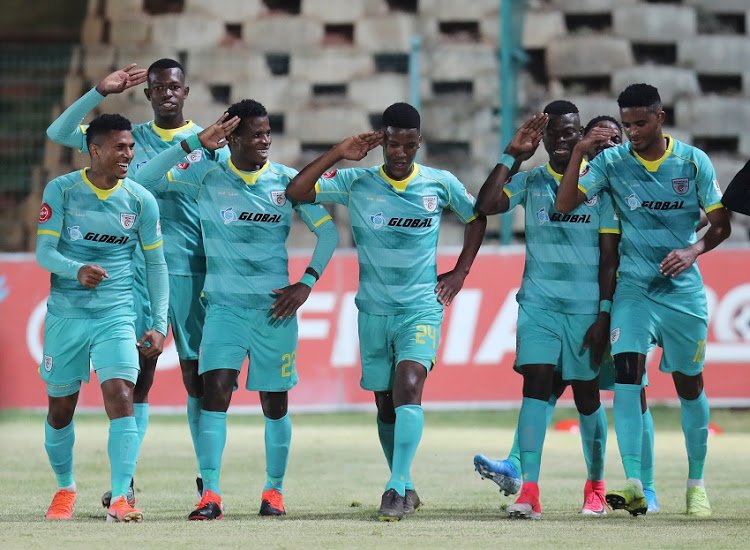 The bragging rights belonged to Baroka FC as they defeated Black Leopards 2-0 in an Absa Premiership clash played at the Thohoyandou Stadium on Sunday afternoon.

In an exciting game featuring two Limpopo Province clubs, Baroka emerged victorious because they made the most of their scoring opportunities.

Leopards got into the action quickly, with Lesedi Kapinga particularly prominent. In the fourth minute, Kapinga found himself in space, but could only steer his effort tamely into the hands of Baroka goalkeeper Elvis Chipezeze.

Play swung from one half to the other as both teams gave it their all in an effort to break the deadlock.

Kapinga continued to trouble the Baroka defence and, on one occasion, he delivered a dangerous ball into the penalty area, but couldn’t find a teammate to finish off the move.

With the action coming thick and fast, a goal was bound to come and it did when Baroka’s Phelelani Shozi scored to give the visiting team a 1-0 lead in the 32nd minute.

Leopards subsequently had two opportunities to draw level –Cuthbert Malajila’s attempt was deflected wide of goal and Mwape Musonda failed to make the most of his chance when his harmless shot was easily dealt with by Chipezeze.

At the start of the second half, Musonda had an early opening but again was unable to trouble Chipezeze.

Leopards threw everything into the attack in a bid to draw level. They had numerous scoring chances but were unable to find the back of the net.

Khuliso Mudau should really have levelled the score when in an inviting position but shot straight at Chipezeze. Siyabonga Zulu also tried to make things happen for Leopards, but Baroka’s defence held firm.

Kapinga continued his good work from the first half, but he, too, shot wide when the opportunity presented itself.

And, as it always is with football, with Leopards failing to capitalise on their opportunities, Baroka hit back on the break to make it to 2-0; the goal scored by Tshidiso Patjie.

Leopards then looked to their bench to galvanise the team, with Robert Ng’ambi replaced by Joseph Mhlongo.

Despite trailing by two goals, Leopards never gave up. They fought on and kept on creating chances, with Lifa Hlongwane stabbing an effort wide and Thabo Matlaba having a shot saved by Chipezeze.

In the end, though, it all came down to which team was able to convert its opportunities. And that honour, on the day, belonged to visitors Baroka.