Celtic storm back to beat Stellenbosch in Absa Premiership 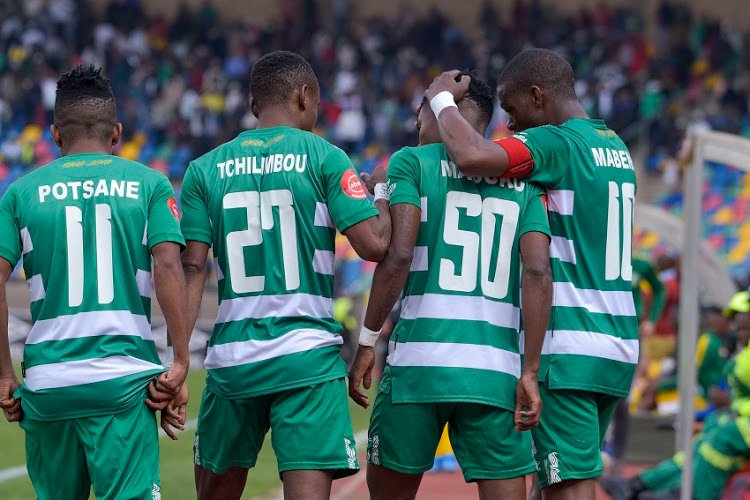 Stellenbosch FC are still searching for their maiden win in the Premiership after relinquishing a first-half lead at the Dr Molemela Stadium on Sunday afternoon to lose 2-1 to Bloemfontein Celtic.

A positive opening 45 minutes had seen last season’s National First Division champions leading 1-0 at the break thanks to a Waseem Isaacs strike – the club’s first goal of the season.

But Steve Barker’s side were unable to return home with even a point to show for their efforts as Celtic struck twice in two minutes through Maloisane Ramasimong and Siphelele Luthuli midway through the second stanza to snatch victory.

In what was a generally a slow start to the game on a hot afternoon in Bloemfontein, Stellenbosch were to enjoy the better of the opening exchanges.

Celtic did manage to create a couple of half-chances from corner kicks, but some good defending, from debutant Robyn Johannes, in particular, kept the hosts from scoring.

It was at the other end that the deadlock was broken, Stellenbosch going ahead in the 34th minute when Johannes chested the ball down for Isaacs, whose shot was well-struck, but straight at Celtic keeper Jackson Mabokgwane – who committed a real howler as he fumbled the ball which rolled through his legs and into the net.

Isaacs then came within inches of doubling the lead just before the interval when he struck a scorcher of a free against the woodwork.

Following the restart, Phunya Sele Sele came out playing with more purpose and after Given Mashikinya had sounded a warning shot, the hosts were back on level terms when Ramasimong headed home emphatically at the back post following a great cross from Ronald Pfumbidzai in the 61st minute.

It then got even worse for the Cape side just moments later when after they failed to deal with another cross, the ball was worked to Luthuli, who blazed home a fantastic half volley from the edge of the area to give his team the lead for the first time.

More opportunities followed in quick succession for the Free State team, but Sera Motebang shanked a shot wide from right in front of goal before Ramasimong was denied by a point-blank save from Stellenbosch keeper Boy de Jong.

Stellenbosch worked hard in the closing stages of the game to try and salvage an equaliser, but they never really looked likely to score, and if Celtic had been a bit more clinical, they could even have grabbed another goal on the counter-attack after enjoying a couple more chances.