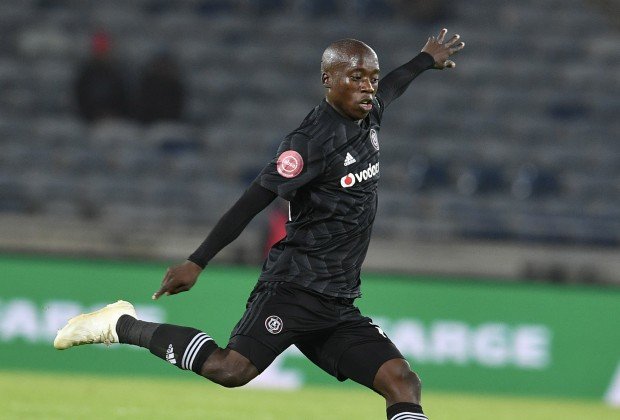 Orlando Pirates have been dealt a blow ahead of their Premiership match against AmaZulu at the King Zwelithini Stadium on Tuesday night (starts at 7.30pm).

The Buccaneers will be without the services of midfielder Ben Motshwari who picked up a knock in the loss to Highlands Park this past weekend.

According to the medical team, Motshwari has strained his knee and will not play any part in the clash against Usuthu.

The hardworking midfielder is currently undergoing rehabilitation as the medical team works around the clock to get the 28-year-old ready for Bucs’ crucial Caf Champions League clash against Zambia’s Green Eagles this weekend.