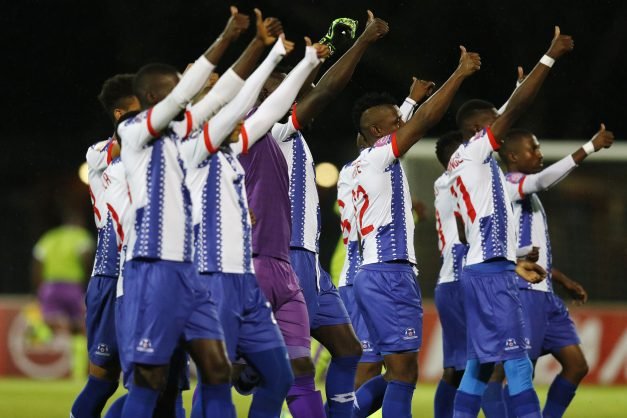 Maritzburg United and Black Leopards will both be chasing their first Absa Premiership win of the season as they face-off at Harry Gwala Stadium on Wednesday (start at 7.30pm).

Maritzburg have gone three league matches without a win, though their last two results have been draws: 1-1 at home to Highlands Park on August 9 and 0-0 away to Stellenbosch on Sunday.

The Team of Choice, as Maritzburg are nicknamed, will hope their home crowd inspires them to a first three-point haul.

Leopards picked up their first point of the season this past weekend when they were held 1-1 at home by Highlands Park.

They found themselves behind in the match and on course for a third straight loss, but Lesedi Kapinga struck in the second-half to secure a share of the spoils.

In head-to-head stats, Maritzburg and Leopards have met in 10 top-flight league matches since 2005/06.

Both have claimed three wins, while four games have been drawn. The KwaZulu-Natal side have recorded two wins, two draws and one defeat in five home matches in the rivalry.

Last season Maritzburg took four points off Leopards, with the teams drawing 1-1 in KwaZulu-Natal in December 2018, before the Team of Choice won the return game in Thohoyandou in April 2019 2-1.

That was thanks to a strike from Mohau Mokate and an own-goal from Jean Munganga.