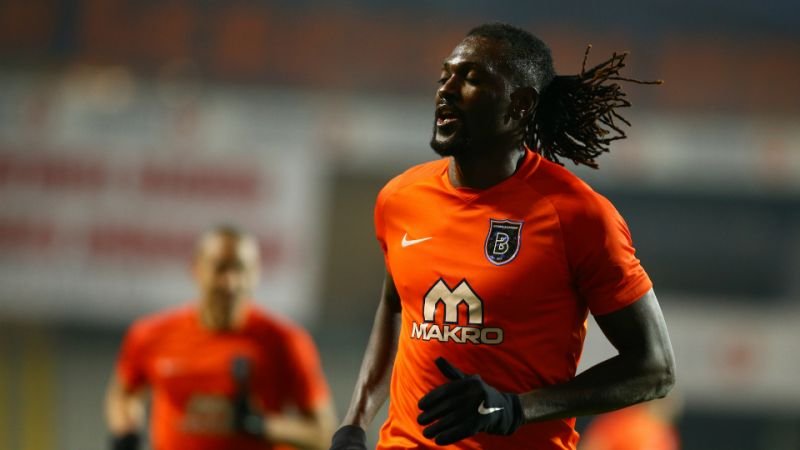 Much-travelled Togo international striker Emmanuel Adebayor is on the move again and will join Turkish club Kayserispor on a one-year deal.

The 35-year-old left his home in Togo in 2001 and has gone on to play for a host of European clubs, including Metz, Monaco, Arsenal, Manchester City, Tottenham, Crystal Palace and Real Madrid.

Last season he played for Istanbul Basaksehir, who finished second in the Turkish league, so the striker is fully aware of the challenge ahead.

Released by Istanbul Basaksehir at the end of last season, Adebayor was a free agent when he put pen to paper for Kayserispor.

The new season has just got underway in Turkey, with two games played, and Kayserispor are yet to win a game.

The Turkish club are hoping that the Togolese’s vast experience will inspire the team to greater heights.

Adebayor will feel quite at home at his new club because they have a host of Africans in the squad, including Brice Dja Djedje (Ivory Coast), Bernard Mensah (Ghana), Anthony Uzodimma (Nigeria) and Paul-Georges Ntep (Cameroon).