Chanel Simmonds through to women’s tennis final at African Games 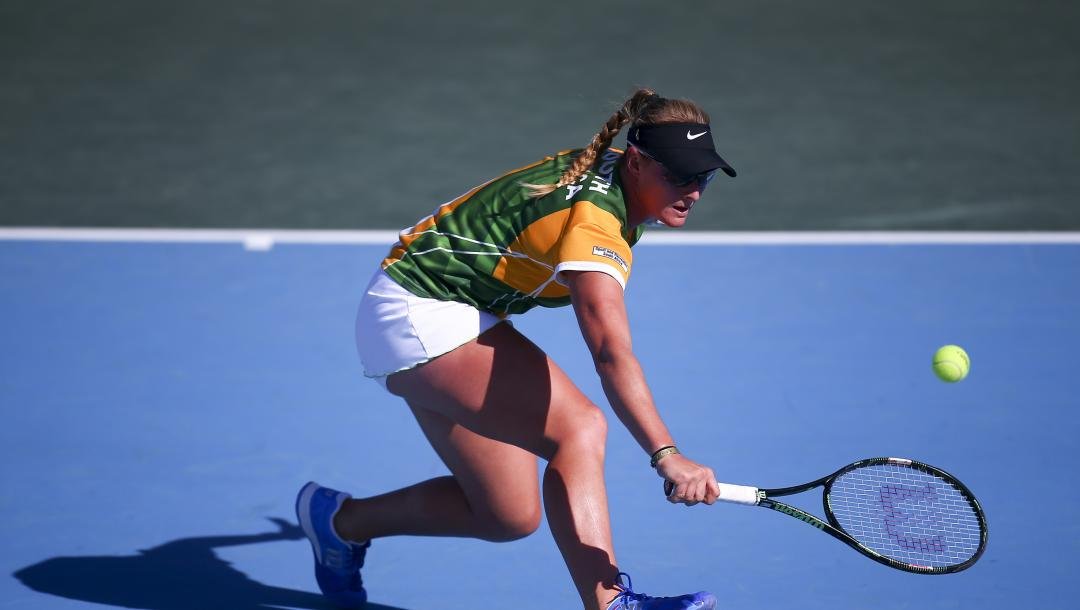 Chanel Simmonds guaranteed herself, and Team SA, a medal after she won through to the final of the African Games women’s singles in Rabat on Wednesday.

The 27-year-old South African beat third-seeded Egyptian Sandra Samir for the first time in three match-ups, although she chose the clay courts of the impressive Oncf Club to achieve the feat.

Simmonds, the No 2 seed, now faces another Egyptian, Maya Sherif, in the final after the top seed blitzed her countrywoman Lamis Salama 6-0 6-0.

Simmonds was full value for her 6-2 6-2 win over Samir and will slug it out for the gold and silver medal next.

“I am really happy with the way I played today,” she said after the victory. “I managed to keep the pressure on her and the intensity up.

“She was hitting a lot of slice returns which suited me because it allowed me to be more aggressive and make the play, which she was defending a lot.”

Neither Sherif nor Simmonds, the two top-ranked players in the competition, have come close to dropping a set so far in the tournament.

The South African, playing on centre court, started out as if she had a plane to catch. She broke Samir in the opening game and again in the third game, winning the first 13 points of the match in shooting out to a 3-0, 15-0 lead.

However, the Egyptian then got into the contest and broke back for 3-1 and held her serve for 3-2. Simmonds held for 4-2 and then broke again in the seventh game, to love, for 5-2 and served out the set.

Samir had to turn the tide quickly and made use of a comfort break between sets to gather herself, although Simmonds, who was hitting a lot of balls to the Egyptian’s forehand, which was less threatening than her double-handed backhand on the day, broke immediately before dropping again (1-1).

But, probably playing the best she has in all of her four victories so far in getting to the final, the South African refused to let her concentration waver in the heat and broke in the third game before holding for 3-1, but not after seeing a 40-0 lead whittle away to deuce and then holding serve.

That became 3-2 and then 4-2 when both held serve before Simmonds broke to 15 for 5-2 and served out the game without any nerves.

“I’m happy. She didn’t start all that well and I took advantage and although I didn’t finish some points as early as I might have done on another occasion, I feel I returned nicely and was in control of a lot of the rallies.

“I’m pleased with the win. I came here determined to not only win a medal but do the very best that I can as I’m eager to improve my world ranking.

“Now that I know I have a guaranteed medal, I just need to try to be in charge of determining the colour of it. I’m so happy to be able to win a medal for South Africa, it’s a great honour to be representing my country at this event,” said the nation’s top-ranked women’s player.