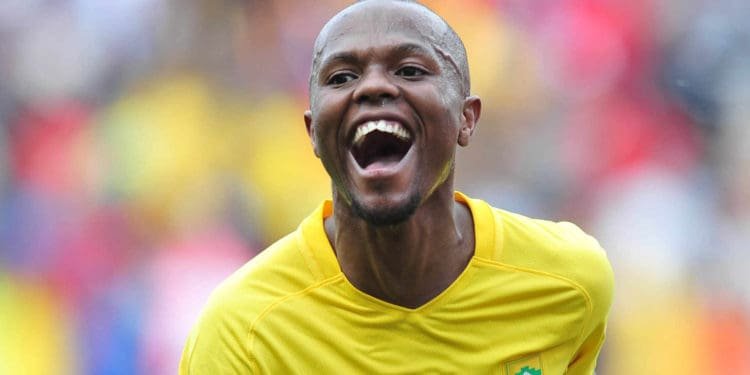 The Soweto-born Serero first sprung to prominence at Ajax Cape Town, from where he joined the Urban Warriors’ mother club, Ajax Amsterdam, in 2011.

He had mixed fortunes in the Dutch capital – there were highs such as scoring against Barcelona in the Champions League, but there were also lows in terms of being demoted to play in Ajax’s reserve team.

In total he featured in 88 league games for the first team over a six-year period, making 56 starts.

Having battled to fully establish himself at Ajax, Serero joined another Netherlands top-flight team in Vitesse ahead of the 2017/ 18 season and went on to play in 68 league matches over the next two campaigns as he re-established himself.

Now a new chapter awaits on a new continent after joining Al Jazira – who have in the past signed some big-name players.

“The club has built a strong squad that can compete in all competitions and be part of Al Jazira is a real privilege,” Serero told the club’s official website.

“To play alongside many talented UAE national team players and international stars is something that I am looking forward to and I assure the fans that I will give my best in all of our matches.

“I am excited to be working under another great Dutch coach in Jurgen Streppel, with his ideas and coaching philosophy together as a team we can help Al Jazira be a competitive side,” Serero added.

The 29-year-old, who was included in the latest Bafana Bafana squad last week (for an upcoming friendly with Zambia), will not be the only South African based in the UAE – he will be joining Ayanda Patosi, who is on loan at Baniyas from Cape Town City.

Serero becomes only the fifth foreigner on the books of Al Jazira’s 2019/ 20 squad, with the remainder of the players all born in the UAE.

Founded in 1974, Al Jazira are based in Abu Dhabi and play their home matches at the 42 000 seaters Mohammed Bin Zayed Stadium.