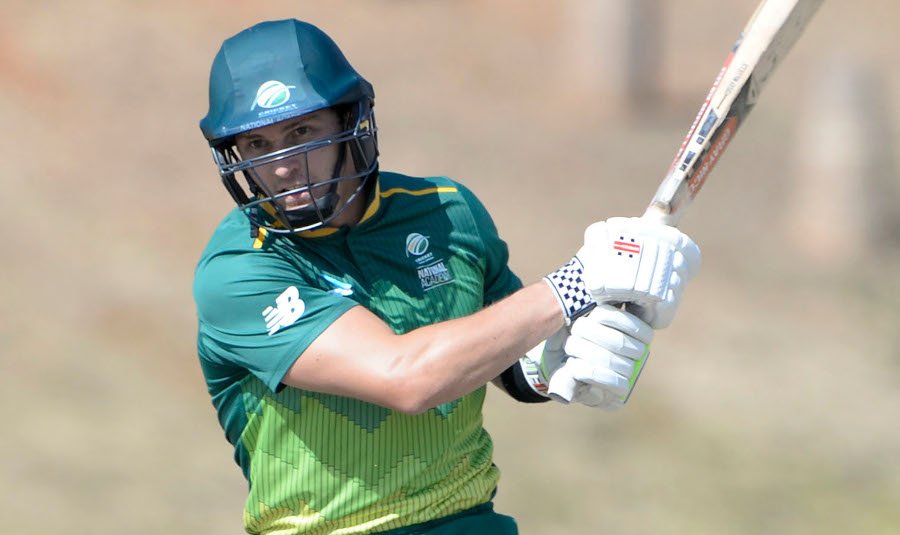 There was also a free-flowing run-a-ball 87 not out (87 balls, 9 fours, 2 sixes) from Sinethemba Qeshile that helped the home side strongly seize the initiative in what is the final match of the tour.

The South Africans only need a draw from the game to close out the series after edging the first match by 28 runs last weekend.

And they made their intentions known with a strong opening day that was built around the skipper and Standard Bank Proteas wicketkeeper Qeshile, who put on an unbroken 148 together for the fifth wicket.

It was a solid day all-round too with the new opening pair of Wandile Makwetu (25) and Janneman Malan (35) putting on exactly 50 for the first wicket after the Asian side won the toss and opted to bowl first.

Jehan Daniel (1/31) then broke through by dismissing the latter, with the former following to pick of the bowlers Lasith Embuldeniya (3/102), when the score was on 71.

That brought Van Tonder to the middle and the 20-year-old began rebuilding – first alongside Jason Smith (34).

The two put on 80 for the third wicket, with Embuldeniya’s double strike then leaving Shukri Conrad’s side on 173 for four.

That was when the two stand-out batsmen came together, and their outstanding partnership helped the hosts conclude the day in a powerful position.