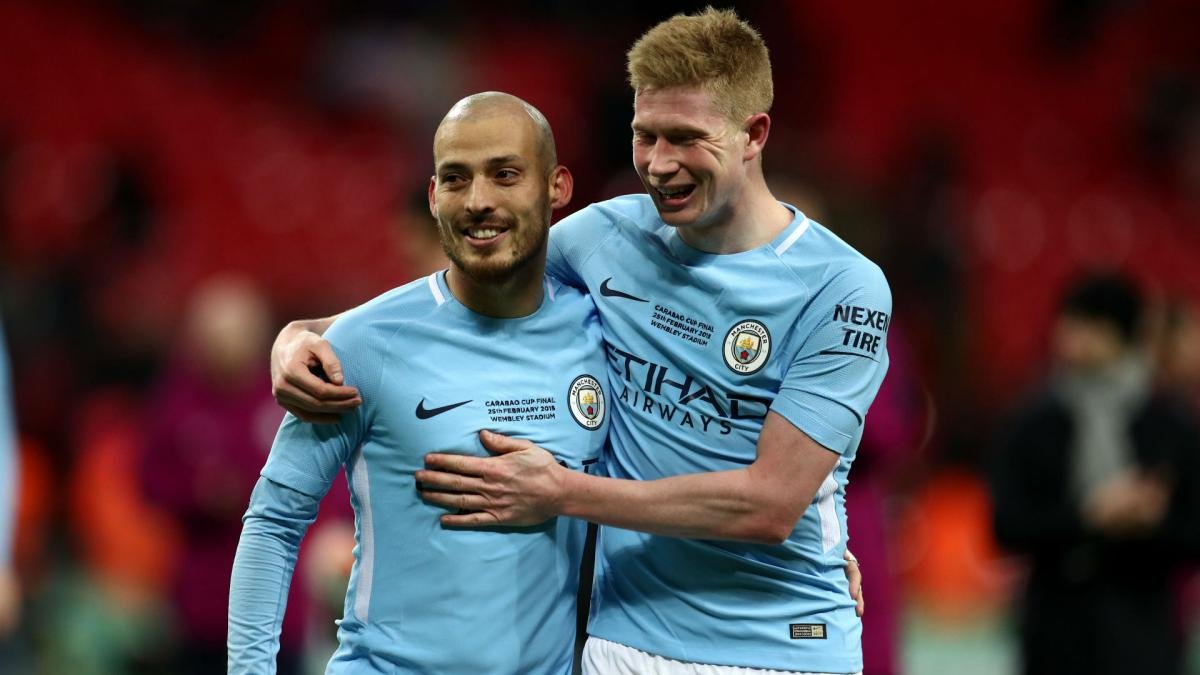 Manchester City duo Kevin De Bruyne and David Silva are tipped to pick up the baton laid down by the club’s former captain Vincent Kompany.

The talismanic leader who returned to his country in a player-manager role for RSC Anderlecht has left a captaincy vacuum filled for the Premier League leaders.

Kompany, who served the Citizens for 11 years, culminated his Sky Blues career with three trophies in his last season with the club.

De Bruyne and Silva who played a part in City’s 4 – 1 win over West Ham in the Premier League Asia Trophy at Olympic Stadium in Nanjing, China are the potential skippers to fill in the boots of Kompany.

“If the team wants me to be captain, or the club does, I would gladly accept it, but I think that’s something everybody needs to talk about as a team, as a club.”

“This will be talked about when everyone comes back.”

Coach Pep Guardiola insists the captaincy would be decided by the players and not by him.

With Silva also announcing the 2019/20 season will be his last, many believe the armband should be handed to the Spaniard who has also enjoyed a splendid career at Etihad.

The Belgium international, along with fellow midfielder David Silva, has been linked with taking on the armband following the departure of iconic defender Vincent Kompany.