Cameroon fire blanks in a goalless draw, but reach play-offs 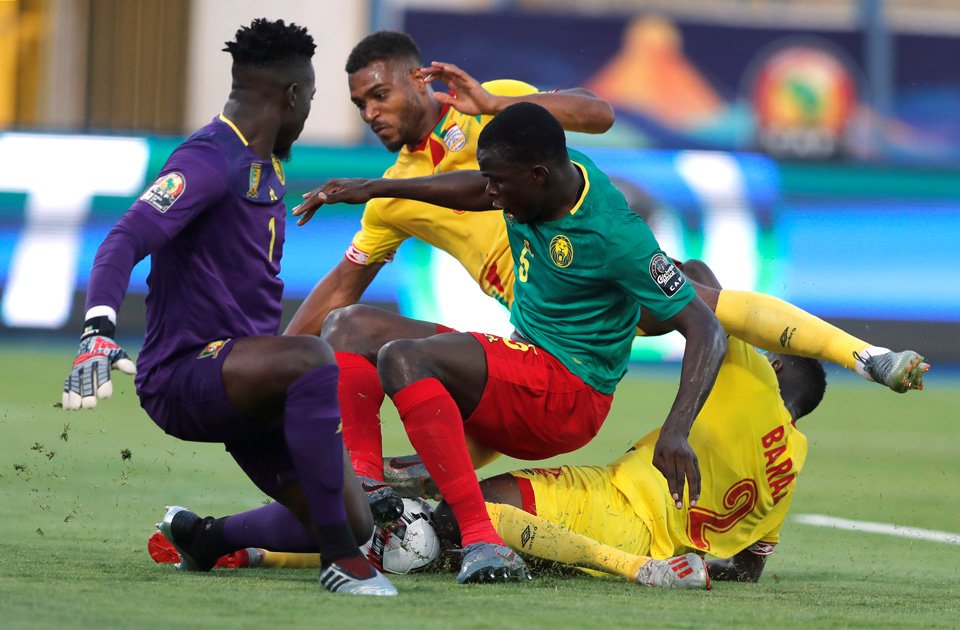 Defending champions Cameroon fired blanks once again as they drew 0-0 with Benin in their final Group F match in Ismailia on Tuesday night, but it was just but enough to take them to the round of 16 at the Total Africa Cup of Nations Egypt 2019.

The result saw them drop second in the standings with five points, same as Ghana who however finished top of the group with a better goal aggregate after beating Guinea Bissau 2-0 in the other group match played concurrently in Suez.

Benin moved to three points with the draw and could progress to the last 16 if both Angola and Mauritania fail to pick maximum points in the final Group E matches to be played later Tuesday night.

Cameroon started the match brighter and had two close chances in the opening quarter hour. In the fourth minute, Karl Toko Ekambi rose to connect with a Collins Fai cross, but his angled header went inches over.

On the quarter hour mark, they had another very close chance when Pierre Malong edged through a free-kick for Ambroise Oyongo, but the midfielder’s left footed shot brushed the outside of the post as it flew off target.

Eric Choupo Moting then forced a fingertip save off Benin ‘keeper Kassifa Owolabi when he drifted to the edge of the box from the left, but his shot was turned behind for a corner by the custodian’s outstretched arm.

Benin didn’t create much but they had a half chance in the 29th minute when Michael Ngadeu threw in a leg ahead of Steve Mounie as he slid in to try and connect with a Stephane Sessegnon free-kick from the right.

The lull went on in the second half and action in front of either goal was hugely restricted. The best chance in the half fell on Toko Ekambi whose 63rd minute shot from distance flew straight into the keeper’s arms.

While Cameroon have failed to score in two consecutive matches, goalkeeper Andre Onana finishes the group stage matches a proud man as he has kept three successive clean sheets.

Malong was named Total Man of the Match afterward.

In with partnership ANA and Mediapix