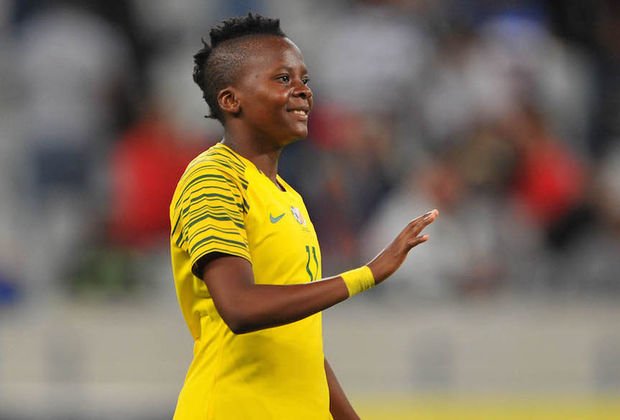 GSport awards are the country’s longest-running sports awards for women.

Kgatlana, who now plays club football in China with Beijing BG Phoenix, is nominated in the Athlete of the Year and Woman of the Year awards.

The talented Banyana forward was the Africa Women Cup of Nations Best Player and Top Scorer in 2018 and she subsequently was also crowned as African Women’s Footballer of the Year that same year.

The voting for the awards closes on August 9 and people can still vote via www.gsport.co.za.

The awards ceremony, which recognises the country’s female achievers, will take place on August 31.

The Chinese league commenced two weeks ago and Kgatlana scored on her first two games for her new club.

Her team will be playing their third league match of the season on Wednesday and Kgatlana said she is looking forward to continuing with her good early season form.