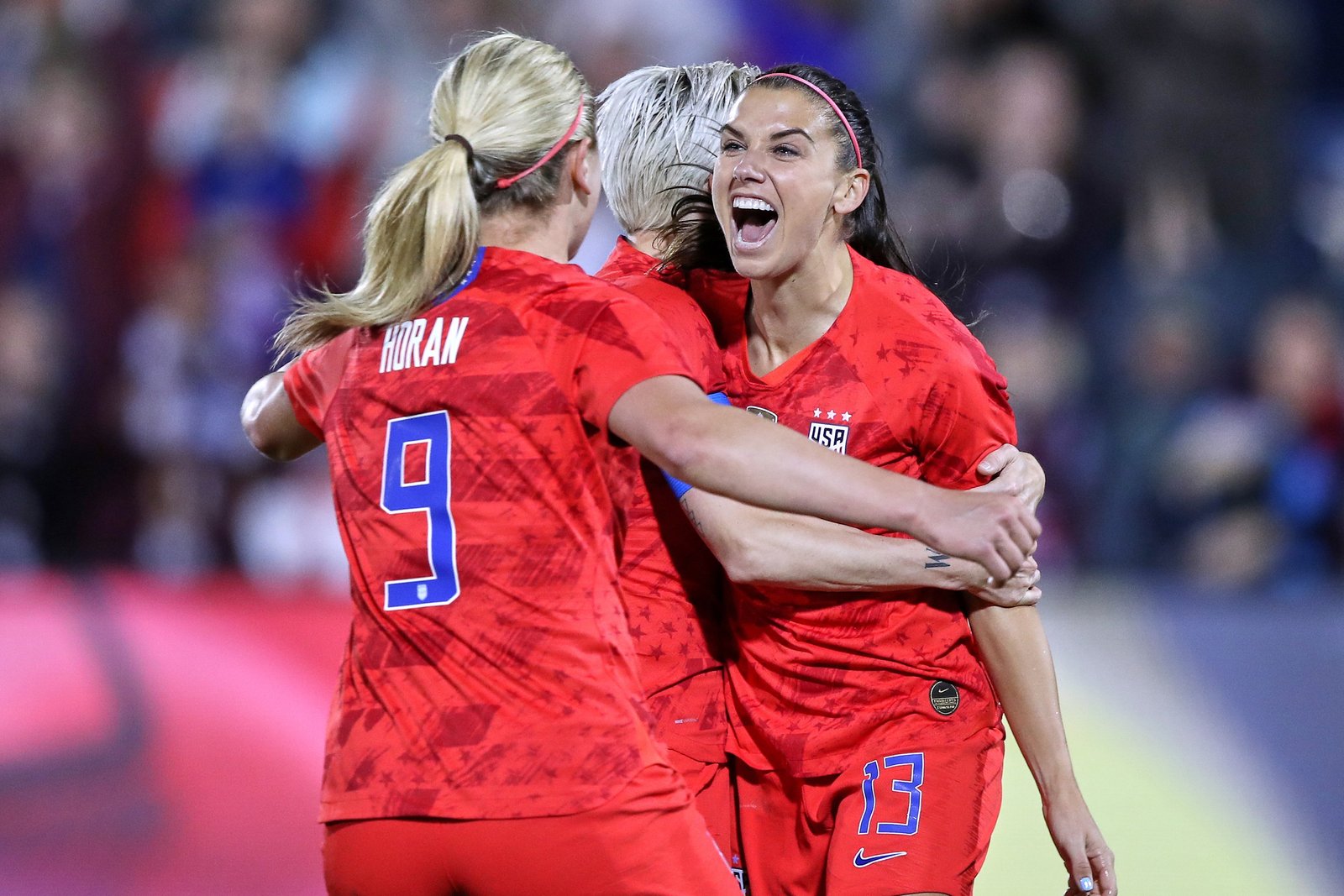 Football global icon Alex Morgan scored five past a hopeless Thailand as USA recorded the biggest win ever in FIFA Women’s World Cup history with a 13 – 0 victory in Reims, France.

Their victory overshadowed that of Germany when they beat Argentina 11 – 0 in 2007, who also recorded another big win in 2015 with a 10 – 0 thrashing of Ivory Coast.

They also eclipsed their previous biggest win in the tournament, a whopping 7 – 0 victory over Chinese Taipei in 1991.

Rose Lavelle and Samantha Mewis both scored a brace, with Lindsey Horan, Megan Rapinoe, Mallory Pugh and Carli Lloyd also getting on the scoresheet, with Alex Morgan setting the goal-scoring record of the match.

Just after the first half, the 2015 winners were leading 3 – 0 but the contest was seemingly far from over.

They went on to fire four goals in 10 minutes in the second half and adding a further six in the last 16 minutes of the half.

Thailands’ players could not hold their tears as they suffered their biggest defeat in the competition.

The competition’s holders are basking in seven matches winning streak, having netted 36 goals in a row and keeping five clean sheets.

In a post-match interview, Morgan said: “With the scoreline tonight, we have to look at the group stage as every goal counts.

“It was important for us to continue to go. We knew every goal could matter.”

She is the fourth player to score a hat-trick in Women’s World Cup matches.