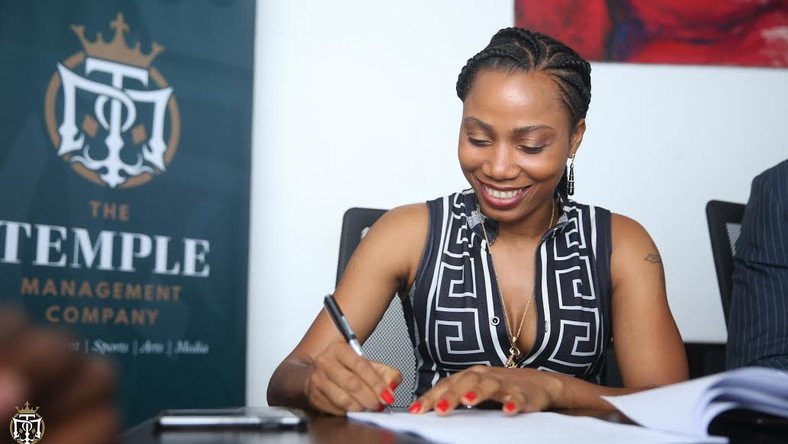 When Onome Ebi strode out on to the Stade Auguste Delaune surface on Saturday night, she also walked into the record books.

In that moment the 36-year-old became the first African player, man or woman, to appear at five World Cups. In the end, it was a bittersweet achievement as three first-half goals from a well-oiled Norwegian side dashed Nigeria’s hopes of an opening win.

Nonetheless, there was still pride in accomplishing an incredible feat of consistency, resilience, and longevity. “Playing in my fifth World Cup is really, really amazing, and I worked hard for it,” she told Fifa.com. “I thank God it come to pass. I would say I’m enjoying it – just not today’s game.”

Onome Ebi’s long association with the Women’s World Cup started at USA 2003. The then 20-year-old was part of a squad that boasted Super Falcons legends including Mercy Akide, Perpetua Nkwocha, Precious Dede and Florence Omagbemi.

While she played less than fifteen minutes in the tournament, Ebi demonstrated enough talent to pave the way for her to become a mainstay of the Nigerian defence through the 2007, 2011 and 2015 FIFA Women’s World Cups.

However, the road to France was did not run smooth. In 2016 the veteran picked up a severe hand injury in the final of the African Women’s Championships. The subsequent surgery and rehabilitation tested her resolve.

“My journey wasn’t easy,” she stated. “The setbacks, the injury, negative words against me. But I didn’t give up. I kept working hard and I kept being positive in everything that I do. I pushed myself to come back and now I think I am even better than I was before.”

Experience and adversity provides plenty of perspective and Ebi is utilising those years of accumulated wisdom ahead of a vital against the Korea Republic. “I didn’t expect what happened [against Norway] but it’s football – you lose some and you win some.”

“We didn’t get the goals, so we are going to learn from what happened and work on those lessons for the second game.”

The Super Falcons enter the encounter with the Korea Republic in Grenoble on Wednesday knowing their World Cup hopes are on the line. A victory against their Group A rivals would leave knockout phase qualification in their hands. Ebi is acutely aware of the “do or die” nature of the clash and believes Nigeria can rise to the challenge.

“We don’t have anything to leave behind in the Korea game. We are going all out because the loss in our first game was a very big one. We will go all out – for nothing but victory.”