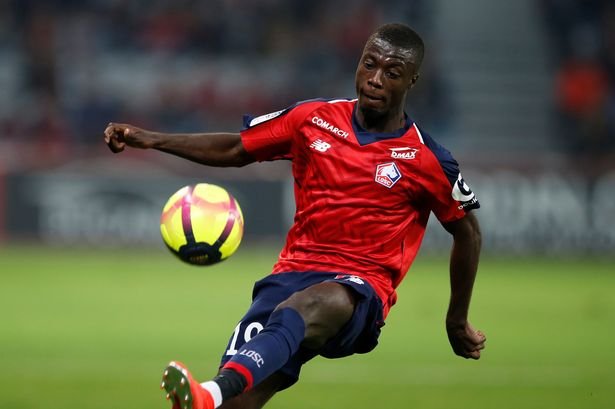 Just days after playing down any flurry transfers in the off-season, Liverpool have reportedly mak=de a whopping £72 million transfer bid for Ivorian winger Nicolas Pepe.

It is believed that Jurgen Klopp is a firm admirer of the Lille winger and wants to land the 24-year-old.

According to reports, the 2018/19 season runners-up in the Premier League are ready to offload former AS Roma man Mohamed Salah, perhaps to create room for the Ligue 1 star.

However, Pepe is a versatile player and can play as a striker as his. Keeping Salah and signing Pepe will make Liverpool forward line even dreadful for opponents.

Daniel Sturridge has already left Anfield paving way for the Reds to bring in another player to boost alternatives in the bench.

Earlier this year, Liverpool had also been linked with a move to sign Argentine and Juventus forward Paulo Dybala, who has been overshadowed by the presence of Cristiano Ronaldo.

Netting 22 goals in the Ligue 1 last season, Pepe could be another goal-scoring machine for the Reds forward line. He was second to Kylian Mbappe of Paris Saint-Germain.

Manchester United and Bundesliga perennial winners Bayern Munich are also interested in Pepe, who is not only a classical finisher but speedster.

Pepe will feature participate in the African Cup of Nations with Ivory Coast and is among the star men to catapult the Elephants to African glory.