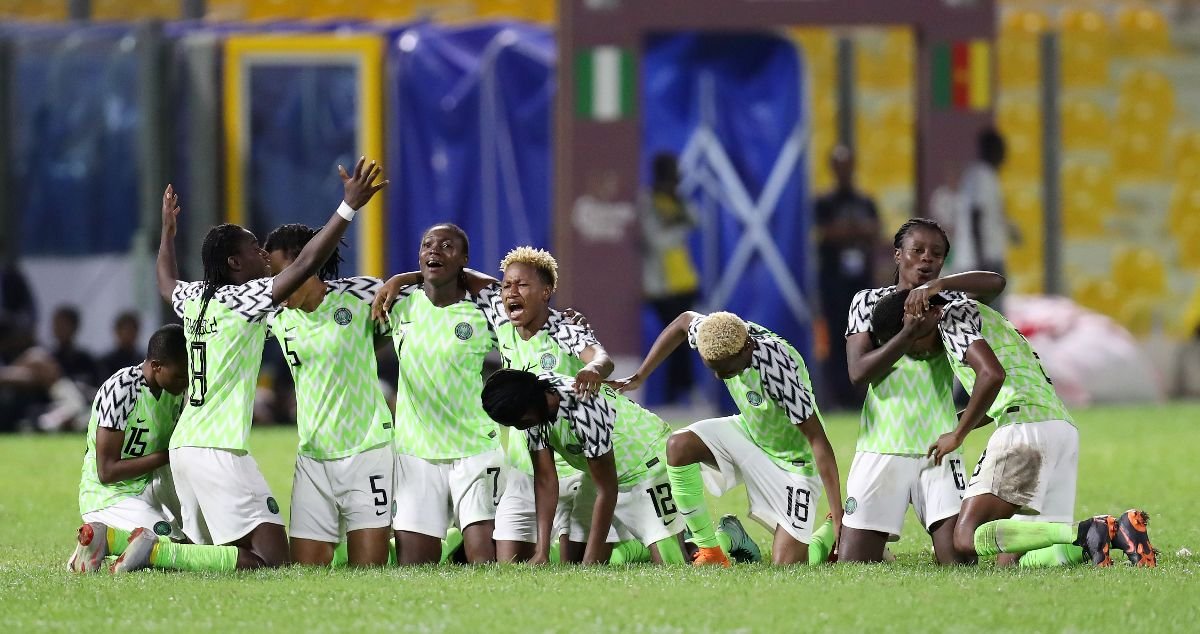 Nigeria who completed their group phase matches last three days ago have reached the Women’s World Cup playoffs by virtue of its third-place finish.

The top two teams in each of the six groups and the four best third-place finishers all advanced to last 16 round at France 2019.

Thursday’s group stage was a day to remember for African women’s football as Cameroon and Nigeria made it through, the former with a 95th-minute Ajara Nchout winner in their Group E clash against New Zealand at Stade de la Mosson, Montpellier.

Cameroon won 2-1 in a match in which both countries were seeking their first points at France 2019.

There is a saying in Cameroon: ‘Impossible is not Cameroonian’ and their ‘Indomitable Lionesses’ proved that by snatching qualification from the jaws of seemingly certain elimination.

Nchout was the player who made the difference, with her second goal, taken so coolly as the final seconds ticked down.

Nigeria will now go on to play German on Saturday.

Cameroon will go up against England on Sunday.