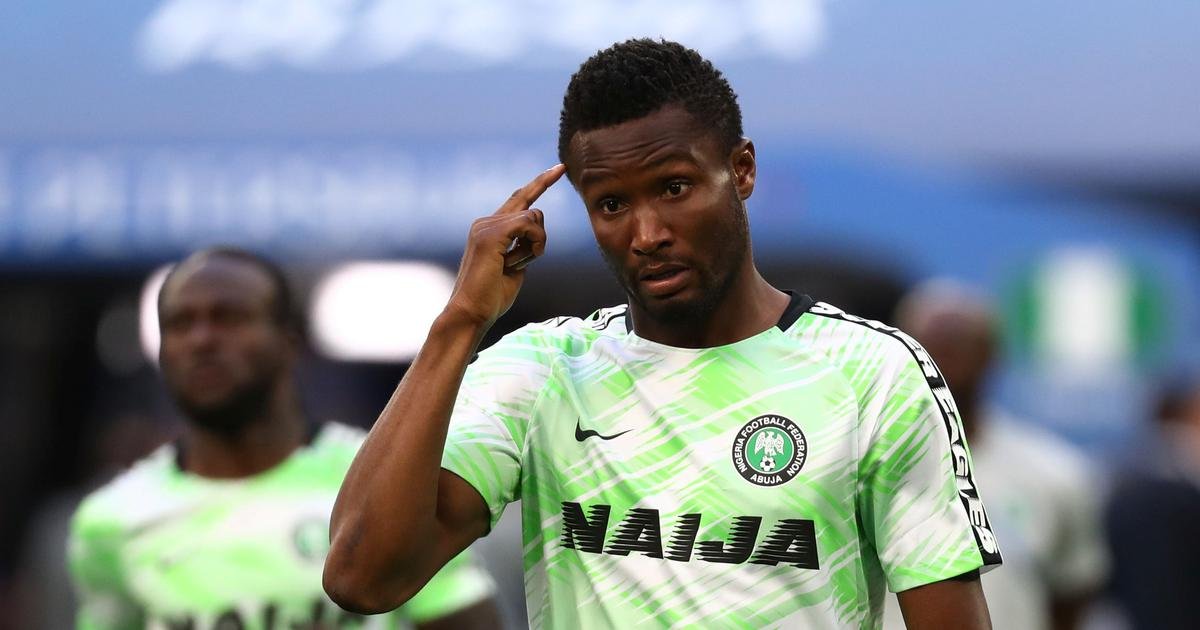 Nigeria’s skipper John Obi Mikel has handed the Super Eagles a major boost after confirming his return to the national squad following a successful meeting with the team’s tactician Gernot Rohr.

The 32-year old midfielder has not featured in the team’s qualifying matches for the continental showpiece in Egypt due to a knee injury he sustained in March.

The former Chelsea player’s last feature for the Super Eagles was against Argentina at the 2018 Fifa World Cup . He is yet to feature since their group stage exit in Russia.

“I met with coach Rohr and we discussed his plans for the team in the forthcoming tournament. All I can say is that I am delighted and happy because I am coming to the Nations Cup” Mikel told Aoifootball.

Since making his full international debut in 2005 against Libya, Mikel has won 85 caps and has six goals to his name.

Drawn against Madagascar, Burundi and Guinea in Group B, Mikel’s presence will add experience to the Super Eagles with the majority of players making their international debut in the 32-edition of AfCON.

Nigeria have won the trophy three times and are poised to lift it the fourth time, owing to the massive talent at hand.

Obi Mikel is currently enjoying a scintillating journey in the English Football League – League One with Middlesborough having scored his first Championship goal, that helped his team secure a 2- 1 win against Rotherham United.

DR Congo’s Britt Assombalonga was also on target as two African stars pushed to place their team in play-off spot, which they missed by a point.