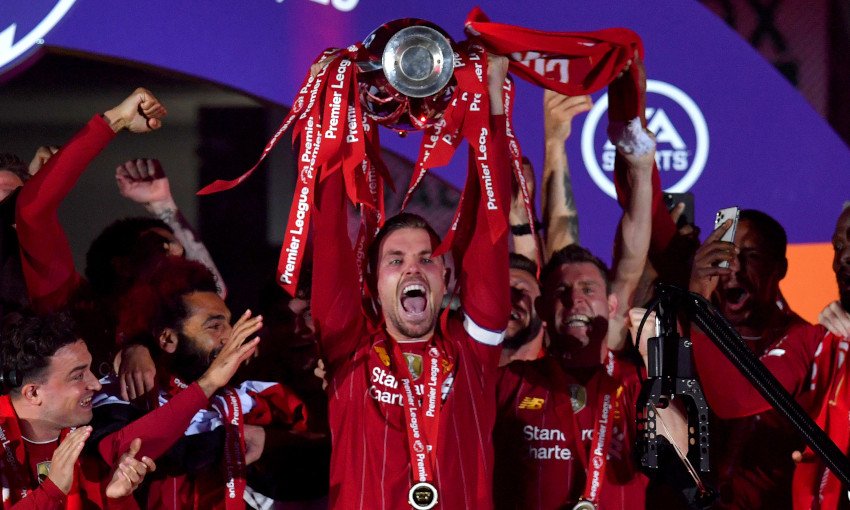 Champions Liverpool geared up to lift the Premier League trophy with a 5-3 win over Chelsea in a goal feast at Anfield on Wednesday to ensure they went an entire Premier League season unbeaten at home.

Naby Keita opened the scoring with a thunderous effort, Trent Alexander-Arnold made it 2-0 with a curling free-kick and they added another through Georginio Wijnaldum’s half-volley from close range before Olivier Giroud pulled one back on the stroke of halftime.

Roberto Firmino restored the three-goal advantage in the 55th minute but Chelsea then scored through Tammy Abraham and Christian Pulisic to threaten a dramatic comeback before Alex Oxlade-Chamberlain put the result beyond doubt for the hosts.

The result means Liverpool won 18 of their 19 league games at home in the campaign, with the only blemish being their 1-1 draw with Burnley earlier this month.

They moved onto 96 points, one shy of the club record they set when finishing runners-up last season.

Defeat left Chelsea with 63 points, still one point short of guaranteeing a place in next season’s Champions League after slipping to fourth earlier on Wednesday when Manchester United drew 1-1 with West Ham United.