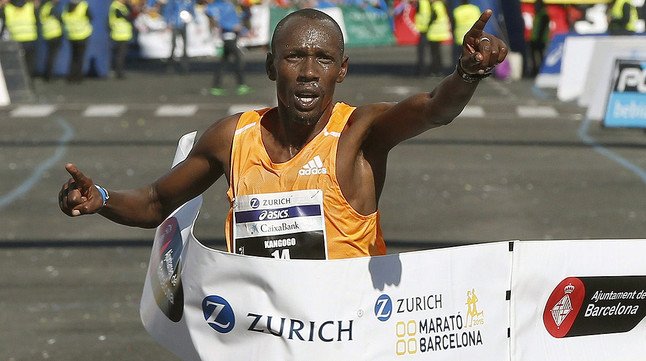 Kenyan long-distance runner Philip Kangogo was banned for doping for two-years by the Athletics Integrity Unit (AIU) on Thursday.

The 36-year-old tested positive for the banned substance higenamine after he competed in the  PZU Cracovia Marathon on April 28, 2019, in Poland, after finishing third in a time of 2:13:46.

He has not competed since the test and therefore will be eligible to compete again after July 31, 2021.

Athletes are required to be available for scheduled, and random, drug testing – and if they fail to do so are liable for action to be taken by the AIU.

“What I can say is each of the missed tests happened during 2019, my case has nothing to do with prohibited substances and I have always competed as a clean athlete,” Manangoi was quoted as saying on Kenyan publication Daily Nation.

“I know I have let people down, in particular, my coach and fellow athletes. I also know that no matter what I say here I will be criticised.”

Manangoi is a former world champion in the men’s 1500m at the 2015 World Championships and 2018 Continental Cup.

Manangoi has maintained his innocence, insisting he did not intentionally miss the tests.