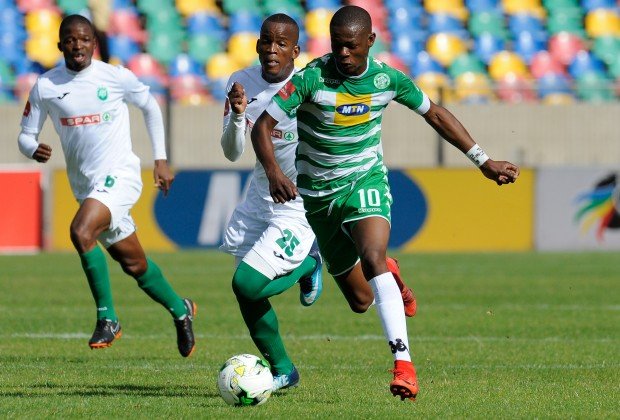 Bloemfontein Celtic twice came from behind to draw 2-2 with AmaZulu in their SA Premiership match at the Lucas Moripe Stadium on Monday.

The draw saw Celtic move up to the 10th spot on the league standings, while AmaZulu also climbed up to the 15th spot which is the relegation play-off spot.

AmaZulu were off to the perfect start as they broke the deadlock just six minutes into the encounter after their two strikers combined to great effect.

Bonginkosi Ntuli played a low cross for Lehlohonolo Majoro, who hit the back of the net to make it 1-0 to AmaZulu – making it two goals in as many league matches.

Ayanda Dlamini’s men were hungry for more goals and Sipho Chaine was a very busy man in Celtic goal.

The 23-year-old goalkeeper produced a fine save to deny Sandile Khumalo in the 18th minute, before denying Majoro with another decent save two minutes later.

Celtic managed to level matters in the 41st minute with Motebang Sera beating AmaZulu keeper Siyabonga Mbatha with a decent finish to make it 1-1.

The hosts’ lead was restored in the 63rd minute when Celtic’s experienced defender Wandisile Letlabika netted an own goal to make it 2-1 to AmaZulu.

However, the KwaZulu-Natal outfit went to sleep at the back and they were punished by former Orlando Pirates marksman Ndumiso Mabena.

The Celtic captain netted his eighth league goal of the season when he fired past Mbatha to make it 2-2 with 20 minutes left on the clock.

Celtic then stood firm at the back in the closing stages of the match and ultimately, the match ended in a stalemate.