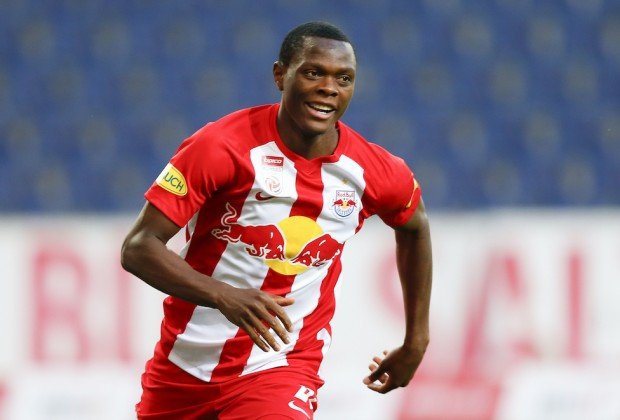 Zambia promising striker Patson Daka scored a quickfire double as Red Bull Salzburg settled for a 2-all draw in a pre-season friendly against with Premier League champions Liverpool at the Red Bull Arena, in Salzburg.

The 21-year-old was handed a start by manager Jesse Marsch and repaid his faith by showing his prowess in front of goal as they held the 2018/19 UEFA Champions League winners.

Despite going 2 0 down in the first half and dominating the game throughout the 90 minutes, it was the Reds’ English substitute Rhian Joel Brewster who levelled for Klopp’s team in the 72nd and 81st minutes.

The young English man has been termed a revelation for the Premier League side and impressed to ensure Klopp’s men shared the spoils.

Daka and Mwepu both played 72 minutes before being replaced by Nicolas Seiwald and Luka Sucic in the 73rd minute respectively.

Daka penned a five-year contract with Salzburg in 2017, having promoted from the club’s youth team.

He was part of the squad that won the European Youth League.

The striker made his debut for the senior team in 2018 against FC Viitorul. He also went on to become the first Zambian to score in the European Champions League group stage in a match against Genk in 2019.