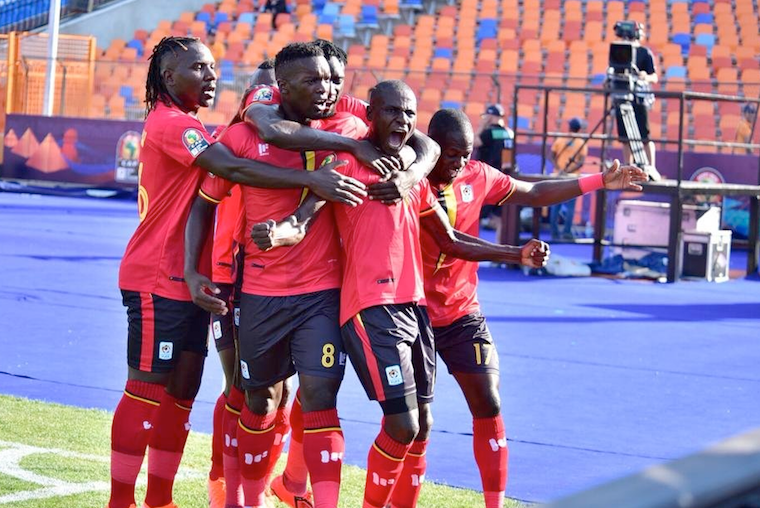 East African representatives, Uganda have qualified for every single edition of the African Nations Championship (Chan) since 2011, but have never progressed beyond the group stages.

This is a statistic new coach Jonathan McKinstry is keen to rewrite as he prepares his charges for the 2020 showpiece to be held in Cameroon from April 4 to 25.

Uganda qualified off the Central Eastern Zone after seamless victories over Somalia and Burundi, and McKinstry hopes they can replicate that form at the final tournament.

“We are in a good position heading to the Chan tournament and we are ready for it. I am looking forward to taking the next steps and qualify into the quarters. We have the talent to go deep into the tournament and we just need to perform at a hundred per cent in the matches,” the Irishman said.

“Our biggest threat is ourselves. We need to make sure we perform in every match because there is enough talent in the team. We cannot be complacent.”

The Uganda Cranes were drawn in Pool C after the draw was conducted in Yaounde on Monday and will square out with defending champions Morocco, first-timers Togo and fellow East African side Rwanda.

The Rwanda tie, which will be Uganda’s opening game for the competition, will be specifically sentimental for McKinstry. Rwanda’s best performance at the tournament was in 2016 when they hosted it with the Irishman in charge of their team.

They reached the quarterfinals, losing to eventual champions DR Congo.

The tactician is looking forward to re-union with Rwanda, saying he will be playing against friends and players he helped develop, but that friendship will be dropped for 90 minutes.

“I know Rwanda very well because I was there for a while and a lot of the players in their team earned their first debuts in the national team with me. I am looking forward to that game.”

“Overall it is an interesting group because we have a North African side, a West African side and two East Africans. Togo will be making their debut, it will be something new to them as they are slightly inexperienced but they do have an experienced coach in Claude Le Roy. Morocco will definitely be tough because they are the defending champions and have one of the best local leagues in Africa.”

Having already set his structures and playing systems in place in a competitive situation, McKinstry will now only need to do some polishing as they start training.

He will, however, miss two players in Joel Madondo and Allan Okello. The two stars have left for Morocco and Algeria respectively. However, McKinstry is unfazed and believes they still have a strong squad.

“We have a squad of around 45 players who we have been following and we will call up 32 for a training camp from March 2. We have some time to build up and I know we will get good replacements.”