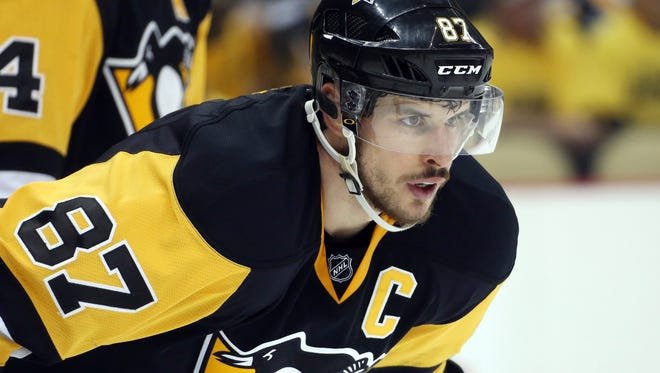 His parents are Troy Crosby and Trina Forbes-Crosby. He has a sibling called Taylor Crosby.

Crosby is also the captain of the Pittsburgh Penguins of the National Hockey League (NHL). The ice hockey star is well known for his nickname “Sid the Kid” and is widely regarded as one of the greatest players of all time.

He was crowned the first overall by the Penguins in the 2005 NHL Entry Draft. He debuted in the NHL during the 2005-2006 season and made an impressive performance by recording 102 points and finishing as runner-up for Calder Memorial Trophy as the NHL Rookie of the Year.

He is also celebrated by being the youngest player to reach 100 points in an NHL season, at 18 years and 253 days, according to reports.

By his second season, Crosby led the NHL with 120 points to capture the Art Ross Trophy. This made him the youngest player and the only teenager to win a scoring title in any major North American sports league.

In the same second season, Crosby bagged the Hart Memorial Trophy as the league’s most valuable player (MVP) and the Lester B. Pearson Award for the most outstanding player as voted by his peers.

“He started the 2007–08 season with the team’s captaincy and subsequently led them to the 2008 Stanley Cup Finals, where they were defeated by the Detroit Red Wings in six games. The Penguins returned to the Finals against Detroit the following year and won in seven games; Crosby became the youngest captain in NHL history to win the Stanley Cup.”

He took a break in early 2011 after he sustained a concussion for the rest of the season and for most of the 2011-2012 campaign.

In 2014, Crosby made a comeback and won the Hart Memorial Trophy as well as his second Art Ross Trophy by 104 points, as well as his third Ted Lindsay Award.

“Internationally, Crosby has represented Canada on numerous occasions. He won gold at the 2005 World Junior Championships and was later named to Team Canada for the 2010 Winter Olympics in Vancouver. Playing against the United States in the gold medal game, he scored the game-winning goal in overtime.”

According to reports, Sidney’s net worth as of the year 2021 is estimated to be $55 million. Being one of the best ice hockey players, his net worth is a combination of his great salary on-court and signed endorsement deals with several companies.

In the year 2018, Crosby’s estimated salary annually was $10 million. According to Celebrity Net worth, his salary has escalated to $12 million as of the year 2021, annually.

Sidney has had big endorsement deals in his lifetime, triggered by his ice hockey talent. Being nominated for Time Magazine’s 100 Most Influential People list in 2007, he landed an endorsement deal with Reebok.

In that same year, he designed a fashion line. On May 29, 2010, there was an announcement that Sidney would sign the richest endorsement deal in NHL history with Reebok.

Apart from being in the ice hockey field and working with his endorsers, Sidney has also weighed in on the business side.

He is the business owner of Copper Enterprises Inc. It is well known for construction.

Sidney is a founder of a foundation whose mission is to improve the lives of children who are ailing or struggling. The foundation is dubbed Sidney Crosby Foundation.

It was founded in 2009. Through the organization, he has also donated brand new hockey equipment to minor hockey teams in Nova Scotia.

Of the little that is disclosed about Sidney’s family, it is reported that he has a girlfriend named Kathy Leutner.

Crosby has multiple homes to choose from. From the northern fields of Canada’s Nova Scotia to Sewickley, Pennsylvania, Crosby has multiple locations where he can practice his hockey skills and also take the time to relax in the places he loves.