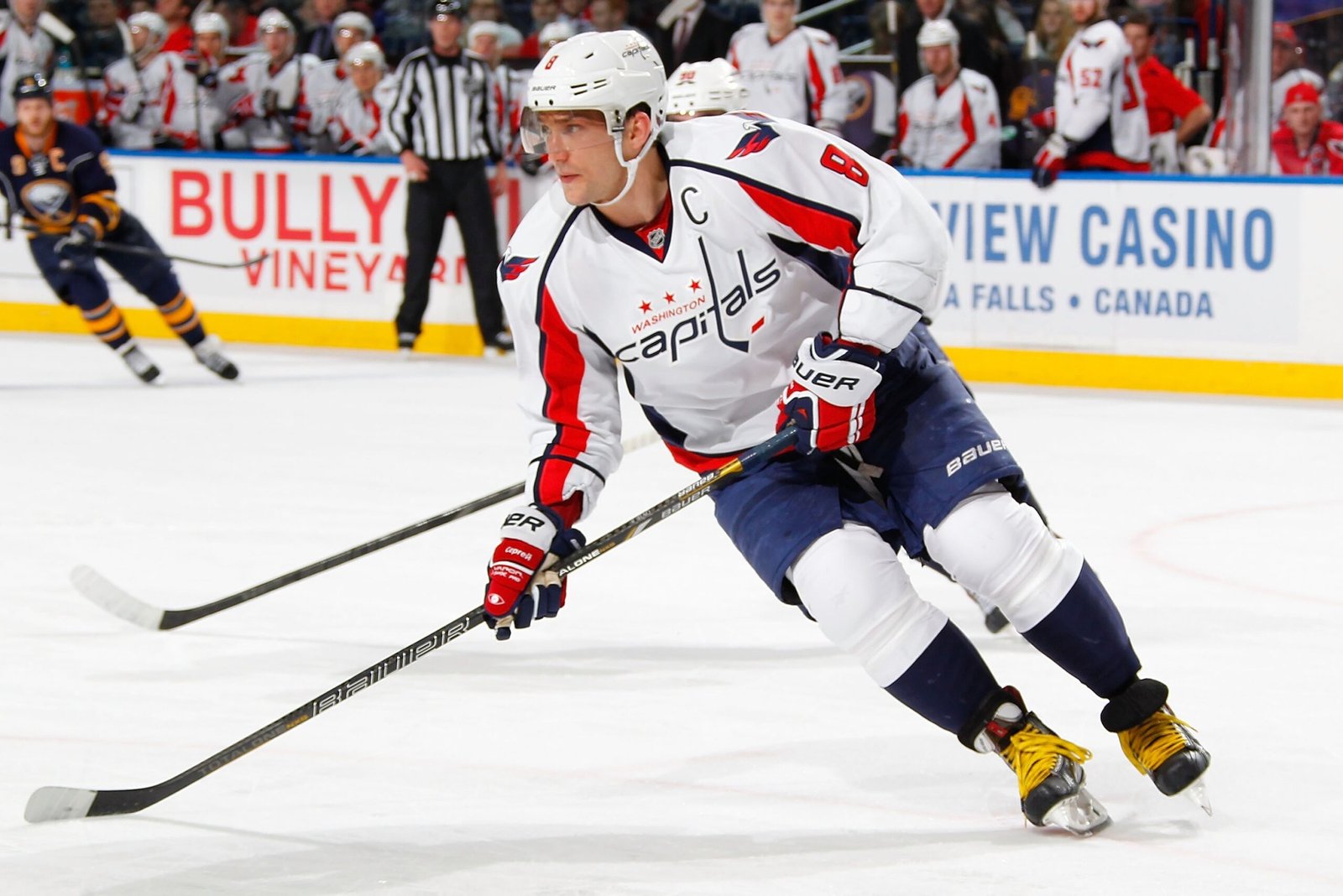 He is well known by his nicknames “Ovi” and “the Great Eight”.  Alexander is also the captain of the Washington Capitals of the National Hockey League (NHL).

His big talent has earned him the recognition of being one of the greatest ice hockey players of all time.

He began his professional career with Dynamo Moscow of the Russian Superleague and played for four seasons from the year 2001 until 2005. He later returned briefly during the 2012-2013 NHL lockout.

Ovechkin was selected by the Capitals first overall in the 2004 NHL Entry Draft. In the 2005-2006 NHL season, he scored 52 goals and 54 assists with his first with the Capitals. This led all rookies in points, capturing the Calder Memorial Trophy as rookie of the year and finishing third overall in league scoring.

Ovechkin won the Maurice “Rocket” Richard Trophy which is awarded annually to the NHL’s leading goal scorer, an NHL-record nine times, first doing so in 2007-2008. During this time, his 65 goals and 112 points also earned him the Art Ross Trophy for most points scored.

He also bagged the Hart Memorial Trophy for the most valuable player and the Lester B. Pearson Award for the best player as voted on by the National Hockey League Players’ Association (NHLPA).

“Ovechkin would again win the Richard Trophy, Hart Trophy, and Pearson Award in 2009; he won the Ted Lindsay Award (the renamed Pearson Award) for a third consecutive year in 2010, also the fifth straight year Ovechkin was named to the First All-Star Team.”

After ten playoff runs with the Washington Capitals, Ovechkin won his first Stanley Cup in 2018 over the Vegas Golden Knights, as well as the Conn Smythe Trophy for most valuable player in the 2018 playoffs.

As per the latest 2021 update, Alex Ovechkin’s estimated net worth is $60 million. This is accumulated from on-court earnings and from signed endorsements from several companies.

Being one of the top 100 greatest NHL Players, Ovechkin receives high pay to match his talent. Reports indicate that he bags $10 million in salaries from 2016 up to date.

According to Forbes, Ovechkin receives an estimate of $4 million from endorsement deals.

He is regarded as the most commercially successful hockey player, thanks to huge endorsement deals with Papa Johns, Nike, Beats and CCM.

Alexander has weighed in on the business aspect of life and has an Online merchandise store which is operated by Athlete Performance Solutions, a global licensee of Nike.

“Ovechkin’s store is opened with eight items, including performance gear, short and long sleeve shirts, caps and a fleece hoodie ranging from $28 to $55. More apparel is expected to be added in the coming months, along with shipping to consumers in Europe.”

Alexander has given back to society through various charitable actions. He has helped seven orphanages in Russia to help children with special needs.

He has also provided the children with a hockey rink and equipment.

Alex is married to his beautiful wife, Nastya Shubskaya. The two signed their marriage certificate in 2016 in Russia and held a ceremonial wedding a year later.

One of his hobbies is reportedly collecting cars.