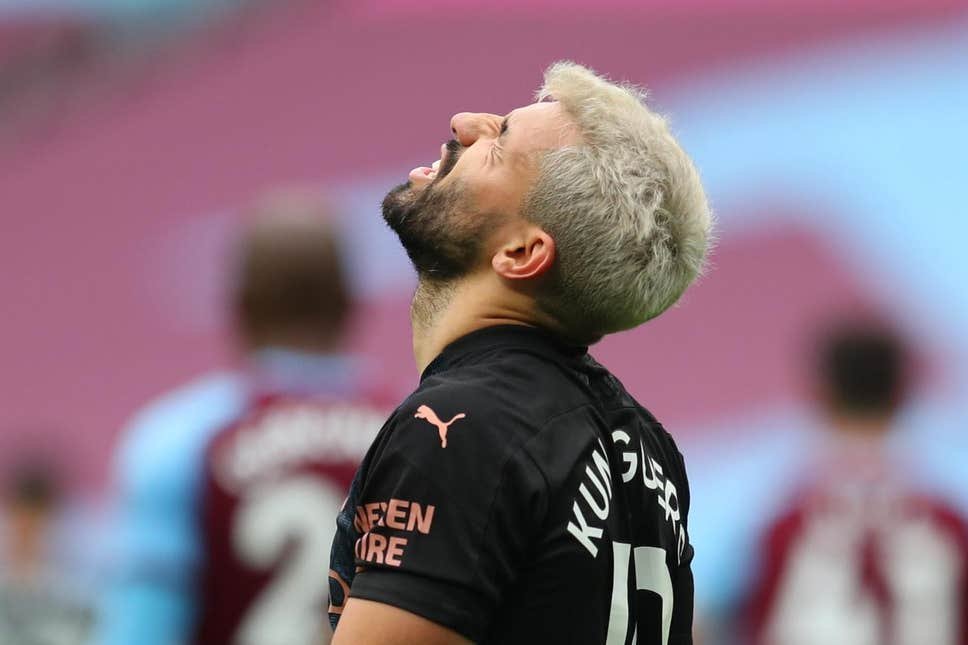 The two clubs are set to lock horns on November 8 at the Etihad Stadium.

That is not only bad news as he will also miss tonight’s Champions League fixture against French Ligue 1 outfit Marseille.

City’s manager Pep Guardiola expects the forward to be out of action for a minimum of two weeks.

However, according to credible media outlets, the star man could be out for an entire month.

The 32-year-old picked up the injury in a 1-all draw match against West Ham over the weekend and was taken out at half-time.

Aguero had only bounced back from a long-term knee injury just over a week ago but leaves Guardiola with much to ponder about.

The tactician has faced a lot of criticism in his transfer business, spending a lot on defenders and neglecting attacking department.

He claimed the club was unable to afford a striker who matches Jesus or Aguero quality in the summer transfer window.

“You know when you decide to buy a striker they have to be at the level of Aguero and Jesus and we could not afford it. This is the reality.

“I’m not saying the club didn’t want to do it, not just in terms of strikers but in every position, but they wanted to make as strong a team as possible to make more games and better. But we thought ‘OK, Sergio is back and we didn’t expect Gabriel to be injured’. Sometimes it happens.”