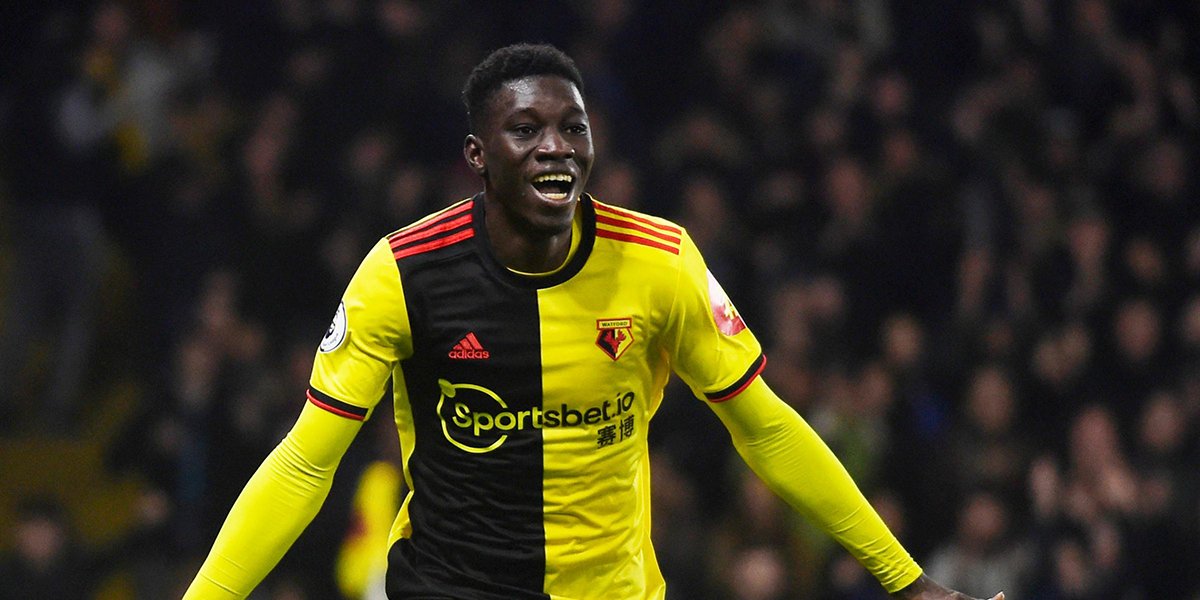 Premier League champions are on the brink of signing Senegal international Ismaila Sarr from Watford.

Accoridng to reports, Liverpool have already agreed a fee in the region between £32 million and £36 million for the attacker.

The Reds were linked with the 22-year-old last week but went on to sign Wolverhampton Wanderers player Diogo Jota when the deal seemed to be unlikely.

The speculations of signing Sarr looked small after Jota signed for the Merseyside but manager Jurgen Klopp looks to add some squad depth with the winger.

Manchester United were reportedly on the pole posistion to sign Sarr on a season loan but they have been outran by Liverpool to swoop the Championship player.

Sarr has played a crucial role in Watford’s squad since his arrival from from Rennes for a club-record fee of £30million.

His arrival at Anfield could mark the end of Divock Origi and Xherdan Shaqiri at the club.

Earlier this summer, Sarr had openly stated he would like to play alongside ‘big brother’ Sadio Mane, who ould have an influence with his move to Liverpool.

Liverpool are a really great team, everyone would love to play there,” he told Senegalese publication Sans Limite.

“They won the Premier League this year and the Champions League last year. But also there are great teams in the English league. Frankly, I have yet to make a choice. If [he were to leave], I just hope it’s to a good team.”