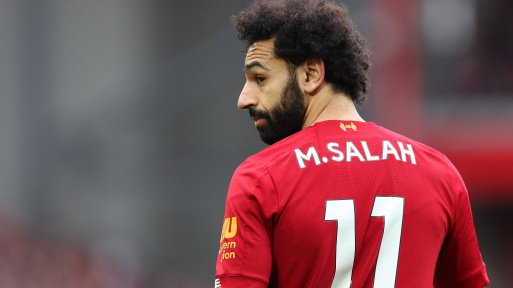 Liverpool’s Egyptian striker Mohamed Salah has donated an ambulance facility to his home village of Nagrig in the Nile Delta, it was revealed on Monday.

According to gulfnews.com the donation of 15 million US dollars was made by Salah as his home nation battle the spread of the novel coronavirus.

Egypt have the second-highest number of cases on the continent, with South Africa recording 196 750 infections, with 92 315 recoveries and 3199 deaths. It means though South Africa have more than double the cases of Egypt, the North African nation has still recorded more deaths.

Chelsea beat Manchester City 2-1 late last month, to ensure Liverpool could not be caught at the summit of the English Premier League (EPL) table. It meant the Merseyside outfit claimed the title with a record seven games to spare.

It ended a 30-year wait for Liverpool to once again claim the league title in England.

With Liverpool going on to claim their first title since the 1989/1990 season, the Egyptian’s influence has been a major factor in their success. Salah is Liverpool’s top scorer in the league this season with 17 strikes. Salah is four goals behind Leicester City’s Jamie Vardy who is the top-scorer this season in the EPL with 21 strikes.

Last season In the EPL, Senegal’s Sadio Mane shared the Golden Boot crown with Salah and Arsenal’s Gabonese front-man Pierre Emerick Aubameyang, all three having netted 22 times for their respective clubs. On top of that, Mane scored 39 goals across all competitions for Liverpool in the 2018-2019 season.

The former Chelsea player in his debut season (2017/2018) for Liverpool, Salah scored a phenomenal 32 goals from 36 league matches.

With Liverpool crowned champions – it was in no small part due to the incredible contributions of Salah.