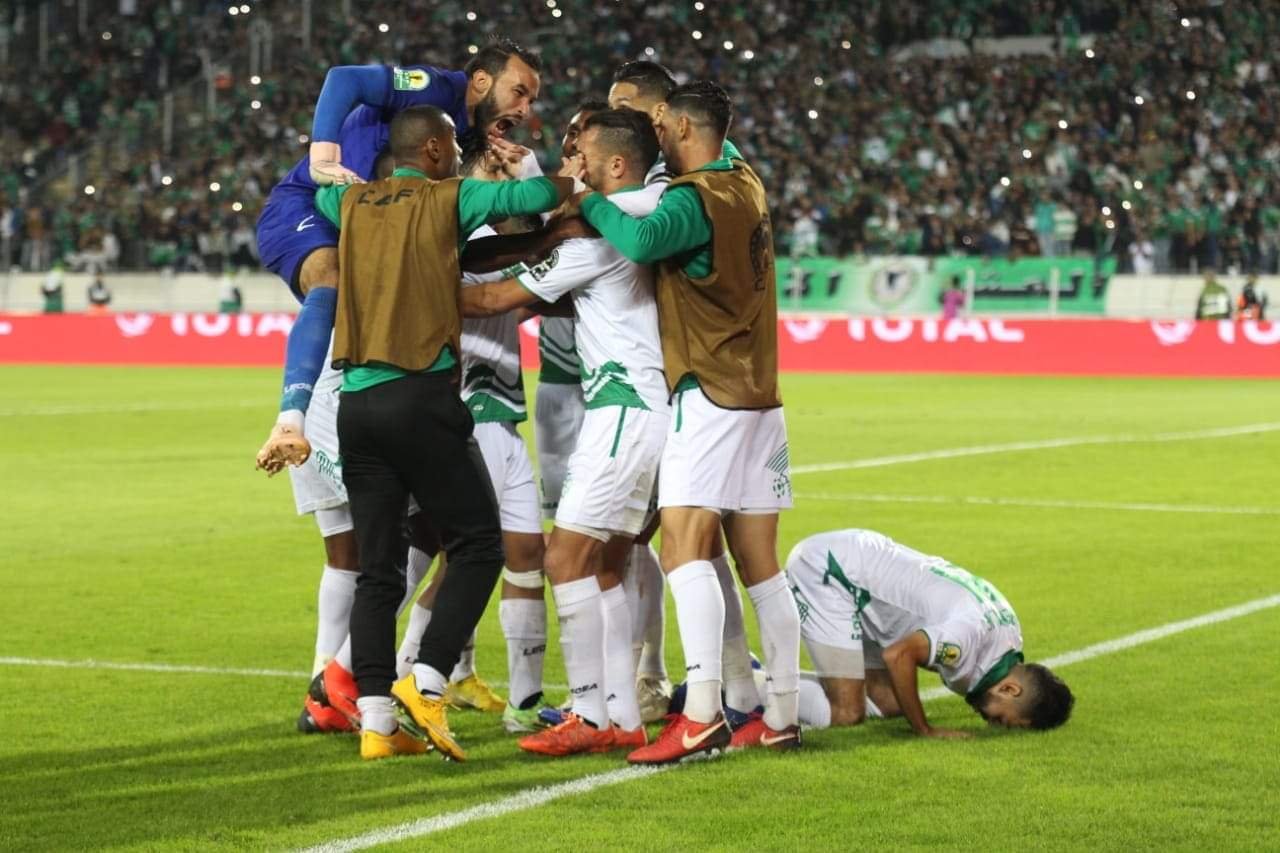 It was a dramatic evening in Casablanca when Raja’s Abdellilah Hafidi scored the late winner to help his side to the Moroccan Premier League title for 2019/2020 season, in their final game on Sunday.

It was a two-horse race between Raja and eternal city rivals, Wydad, and Hafidi’s strike at the death turned the tide in favour of the Greenside of the Moroccan economic capital, Casablanca.

The league feat serves a huge boost for Raja, who face Egyptian giants Zamalek the semi-final first leg of the African Champions League over the weekend in Casablanca. Wydad will also host eight-time winners, Al Ahly, also of Egypt.

Wydad had just shot into a 2-1 lead in Rabat over FUS Rabat, which tilted the title their way as the score was 1-1 between Raja and AS FAR at the Mohammed V Complex in Casablanca.

However, Hafidi’s late goal changed everything giving Raja the vital win they need to clinch the title, their 12th overall and first since 2013.

It was a man-of-the-match performance by the veteran Hafidi who scored both goals for Raja, finishing off assists from captain Mohsine Moutaouali.

New kids on the block, RS Berkane, finished third on 57 points with FUS Rabat a distant fourth on 49 points.

Lying bottom of the 16-club league standings, Raja de Béni Mellal were relegated to the second-tier after amassing 12 points from as many matches just as Olympic Khouribga, who finished their season in 15th place with 28 points.

Meanwhile, Chabab Mohammedia (SCCM) and Maghreb de Fes (MAS) have earned a promotion to the top flight after a fierce competition in the second-tier Moroccan league.