Seven of the Most Iconic World Cup Goals 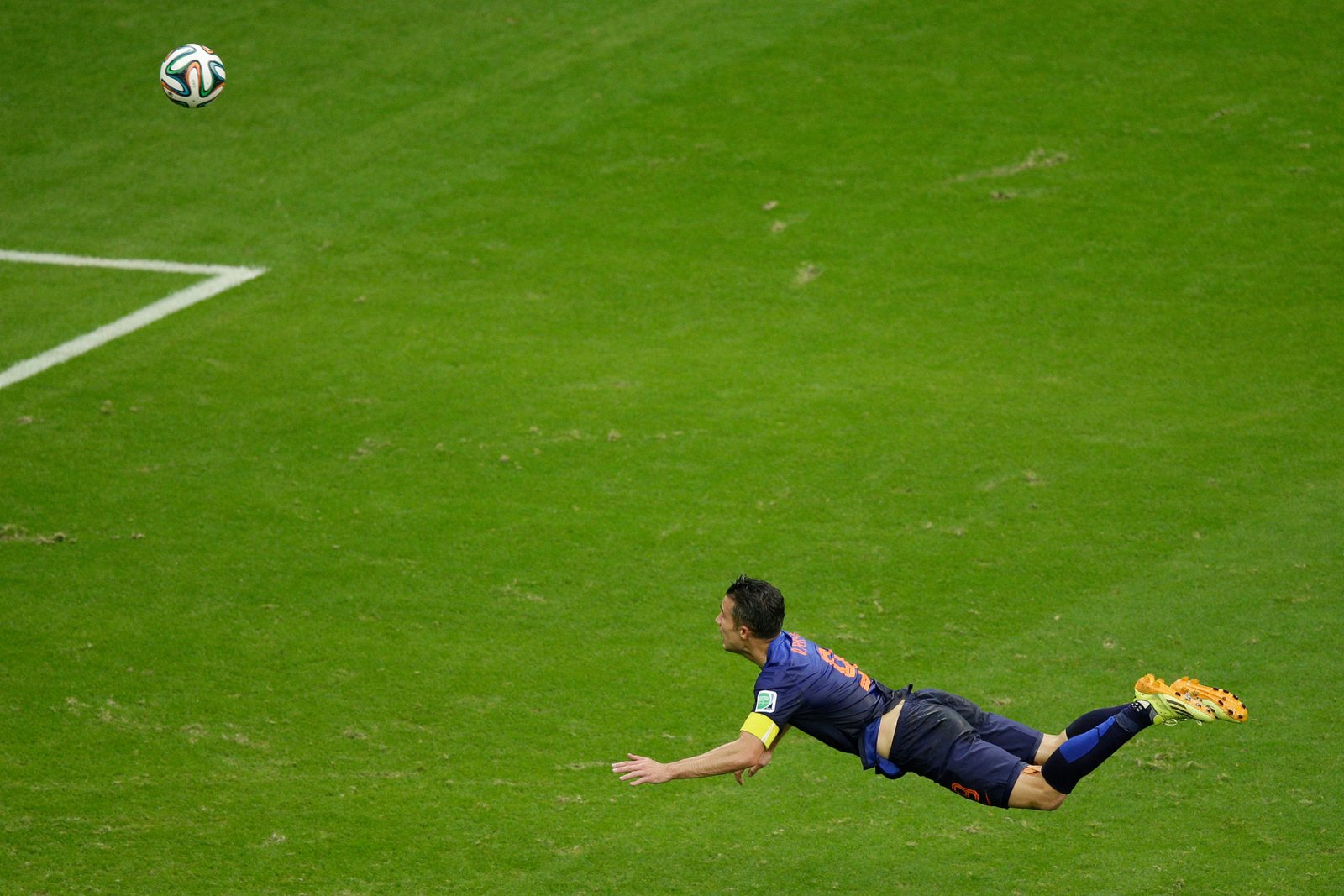 The FIFA World Cup is the most prestigious tournament in football. The best players from around the world gather to compete for their country’s pride. It’s an emotional tournament with a lot of energy and everything on the line. The World Cup is never short on drama or spectacular goals. These objectives aid he writes stories about the greatest of moments and also serves as a demonstration of skills.

Here at SportsLeo, we look at seven of the most incredible goals ever scored in FIFA World Cup history. Ronaldo vs Spain Freekick.|PHOTO: The Independent|

The FIFA World Cup is the most important stage in football. Who else would be included in a tournament known for its big moments if not Cristiano Ronaldo?  The Portuguese superstar has a knack for remaining calm and collected in the most stressful situations and always delivering. Ronaldo also provided entertainment on the first day of the 2018 World Cup. One of the tournament’s most memorable moments was a stunning freekick in the final minutes.

His free kick in the 88th minute not only completed his hat-trick but it also helped Portugal tie the game against Spain.

The FIFA World Cup 2006 is known for many things, but this magnificent strike from Maxi Rodriguez goes unnoticed. Extra-time winners are always noteworthy. However, when they are scored in the manner of Maxi Rodriguez, they go down in history.

At the right corner of the box, the Argentine winger collected the ball with his chest. He then struck the ball powerfully into the top corner. Argentina advanced to the quarter-finals thanks to a spectacular strike. 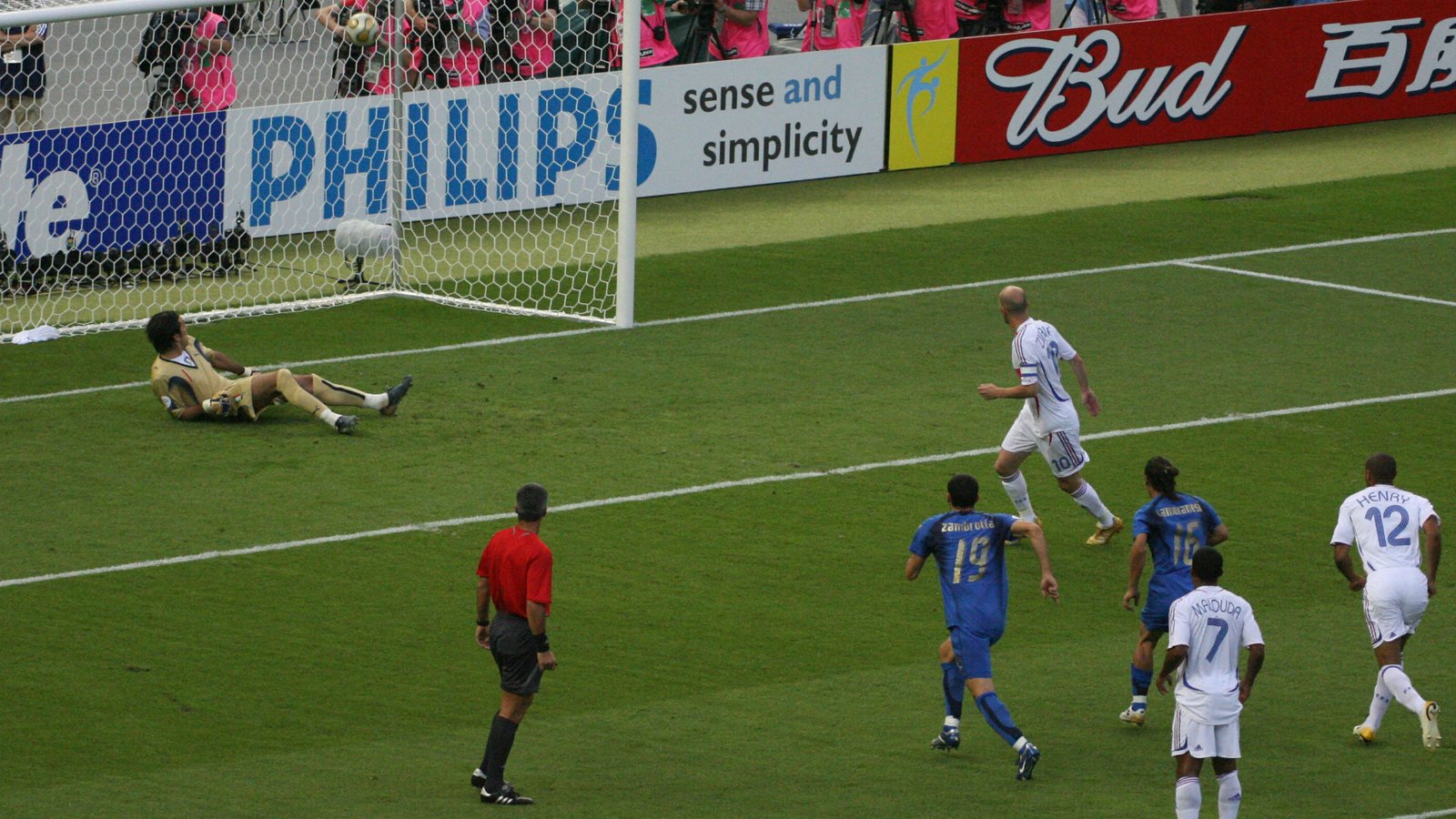 Despite the fact that it was a penalty, Zinedine Zidane’s goal in the 2006 World Cup final remains a memorable goal in one of the World Cup’s most iconic matches.

Zidane’s final professional match was the 2006 FIFA World Cup final. Despite the infamous headbutt on Marco Materazzi, Zidane’s performance until full-time was as expected. His Panenka-style penalty in the early stages of the game, which narrowly crossed the goal-line, is one of the most iconic World Cup goals of all time. It was a feat of skill that demanded a great deal of self-assurance. The 2010 FIFA World Cup in South Africa was one of the most exciting editions in recent history, with many memorable moments and songs. Siphiwe Tshabalala’s goal in the first World Cup game in front of a home crowd was the ideal way to kick off the first tournament on African soil.

The home team turned the ball over in their own half and launched a quick counter-attack on the Mexicans. Tshabalala was played  behind Mexico’s defense. From the edge of the box, the winger took a few touches and smashed the ball into the top corner of the goal. The home crowd went into a frenzy as they celebrated the tournament’s first goal.

In the 2018 FIFA World Cup, Benjamin Pavard’s spectacular volley was the tournament goal. In the tournament’s best match, the French right-back struck into the top of the box and started the comeback.

France went on to win the tournament, and the result against Argentina in the Round of 16 was crucial. Pavard, who was 22 at the time, made his mark on the world and strengthened Didier Deschamps’ case for selecting him as a starter. The right-back used incredible technique and power to score a goal that will live in history.

Van Persie made no mistake in tying the game, earning him the nickname  “The Flying Dutchman.” Van Persie and Louis Van Gaal celebrated the iconic goal with an iconic high-five. In 2014, Van Persie’s header was a finalist for the Puskas Award. 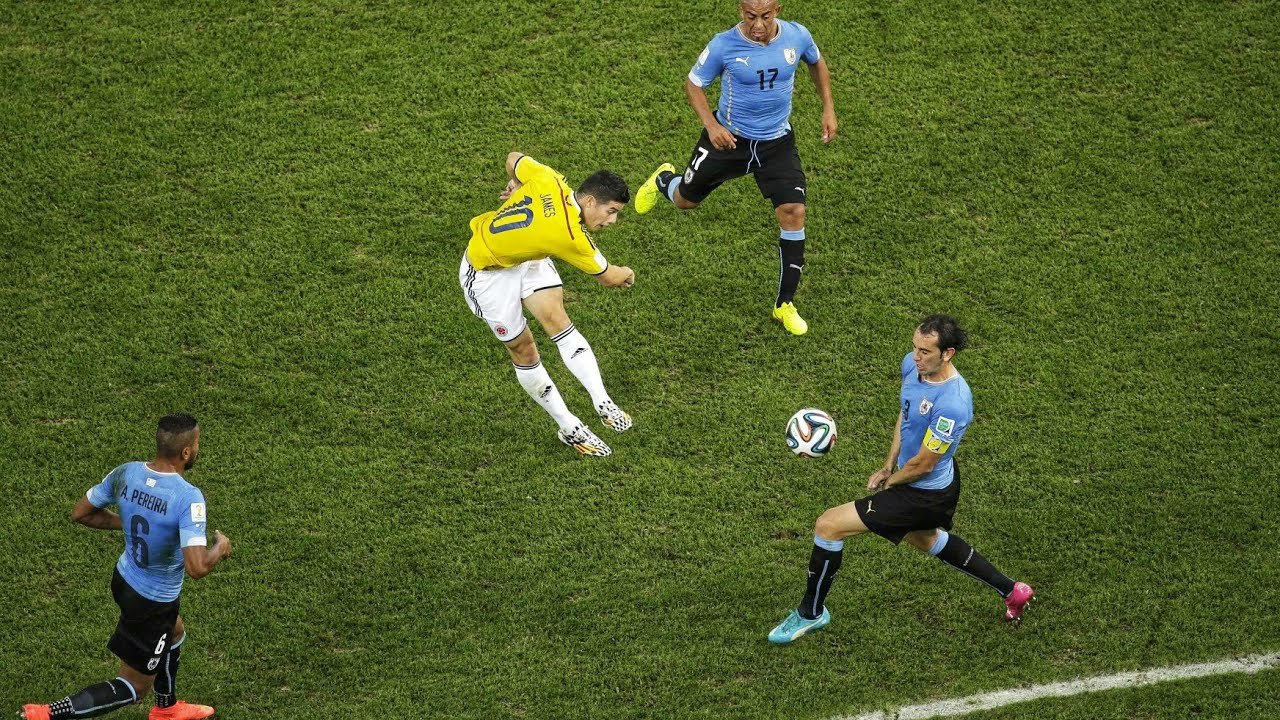 James Rodriguez, 23, made a big impression at Brazil’s 2014 FIFA World Cup. The Colombian attacking midfielder led his country to an impressive quarter-final finish, where they were defeated by hosts Brazil.

James was an eye-opener. He was the tournament’s golden boot winner, with six goals and two assists. His scintillating volley against Uruguay in the round of 16 was one of the tournament’s greatest goals. In 2014, James’ goal earned him the Puskas Award.