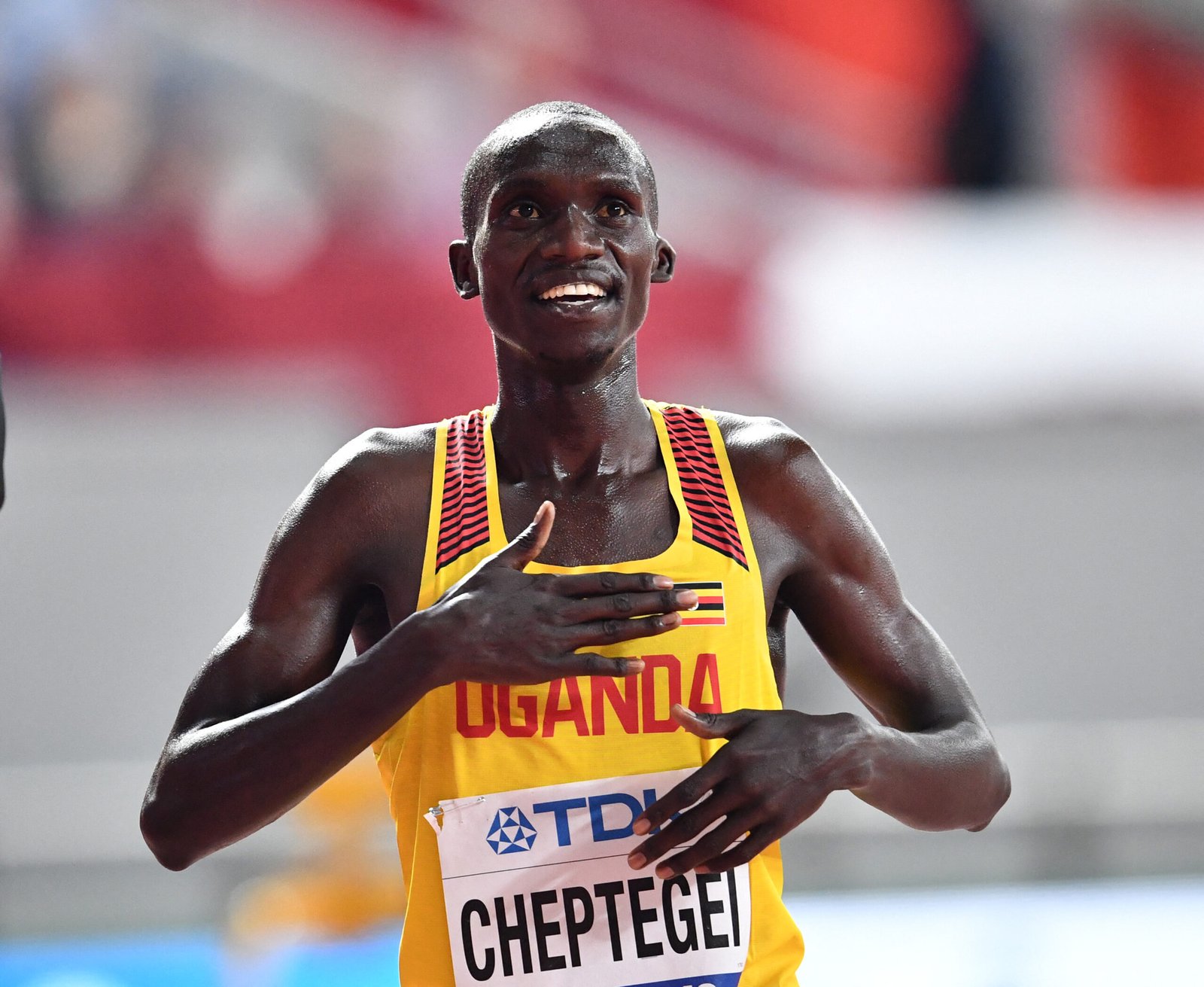 Uganda's Joshua Cheptegei celebrates after winning the gold medal in the men's 10,000 meters final at the 2019 World Athletics Championships held in Doha on October 6, 2019. Photo/CFP 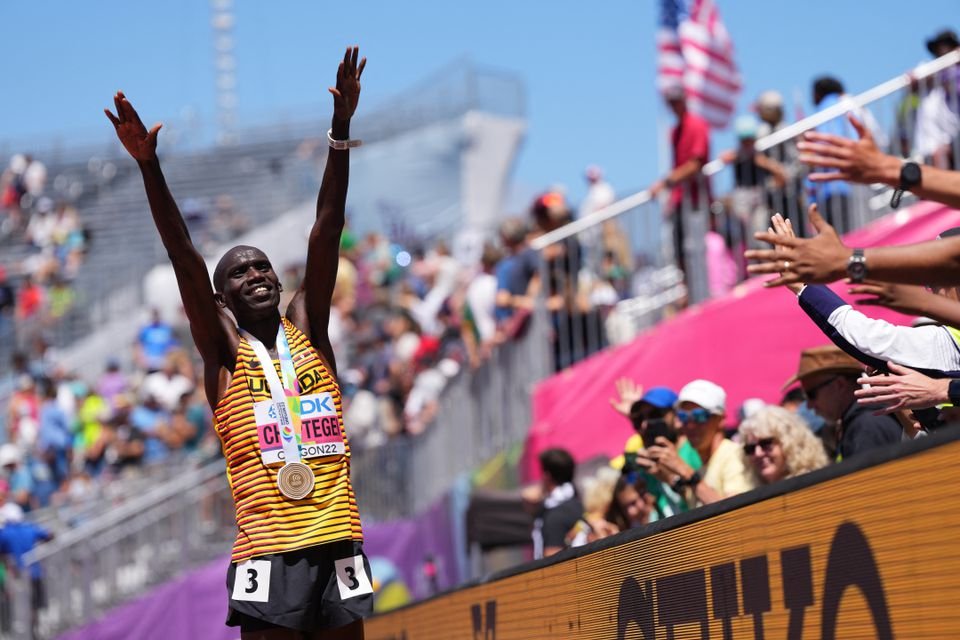 The 26-year-old Cheptegei is the reigning 5000-meter Olympic Champion and 10,000 meters silver medalist at the 2020 Tokyo Olympics, placing him in the ninth position worldwide to ever hold concurrent records.

Joshua Cheptegei was born on September 1996 in Kapchorwa District from the ‘Sabiny’ Tribe, a Kalenjins sub-tribes mainly found on Mount Elgon’s slopes.

He resided in his birth village during his early childhood with their family. He would mostly run to school, which contributed highly to his athletic career.

Like any child growing up, Cheptegei didn’t realize his talent at a young age. He played football and later joined high and triple jump before switching to running.

Joshua Cheptegei is not only a go-getter but also committed to his career, making him remain relevant as an elite runner who has made his country Uganda earn a place in athletics.

Due to his success in athletics, Cheptegei won a slot in the Uganda National Police despite having studied Languages and Literature at Bugema University in Kampala.

Cheptegei joined elite running after the completion of his secondary education in 2015 when he first unsuccessfully participated in the 2015 World Championship in Beijing after finishing in the ninth position.

Later at the 2016 Summer Olympics, he participated in 5000 and 10,000 meters, finishing in the eighth and sixth positions, respectively.

Cheptegei is the 10,000 meters silver medallist in the 2017 Word Championship held in London.

He was the 2018 Commonwealth Games Champion in the 5000 meters and 10,000 meters races, and later at the 2020 Summer Olympics, he won silver in the 10,000 meters and gold in the 5,000 meters, which saw him promoted to the Inspector of Police from Special Police Constable.

He has also participated in long races, including 15km, and is a four-time winner of the Zevenheuvelenloop, an annual road race held in Nijmegen, Netherlands.

He placed a new 15km race record in 2018, but his compatriot Jacob Kiplimo broke the record on 19 February 2022 at the Ras Al Khaimah Half Marathon with a time record of 40:43 minutes.

Cheptegei also won the senior men’s race at the 2019 IAAF World Cross Country Championships in Aarhus, Denmark, with a time record of 31:40 on a 10.24 kilometres race course ahead of his compatriot Jacob Kiplimo who was placed second with 31:44.

Joshua Cheptegei’s net worth is estimated to be $4 Million from his successful athletics career.

He has also won several medals in different athletic disciplines, including the 5000meters, 10,000meters, and cross country, which has significantly increased his net worth and endorsements.

At some point, Cheptegei was gifted a new car by Uganda’s president Yoweri Kaguta Museveni. 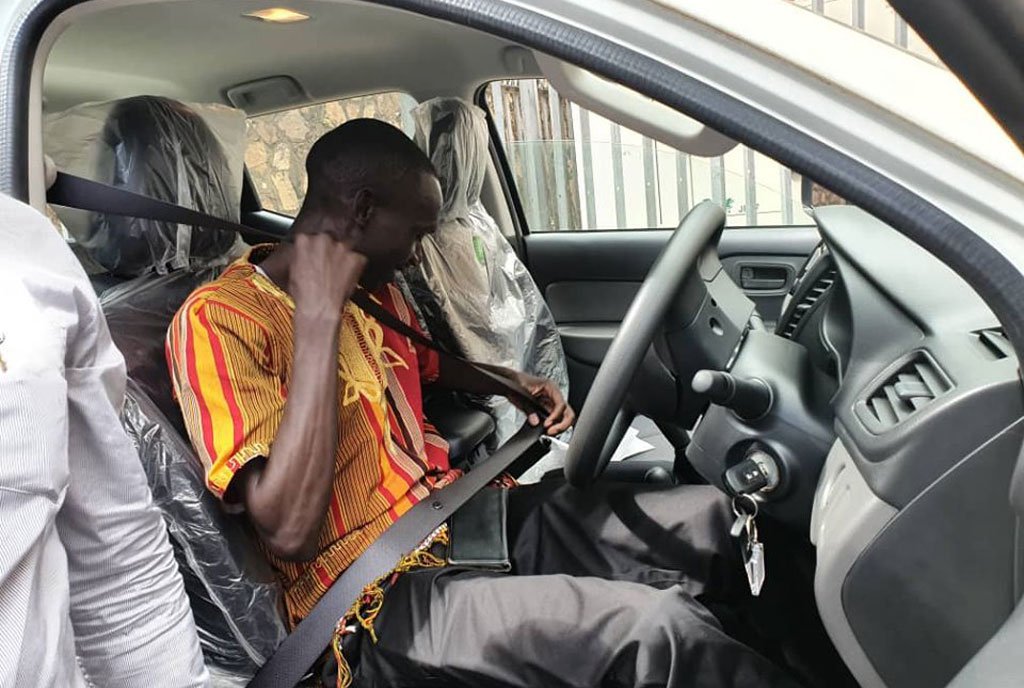 In addition, he owns different assets, including the best cars he drives and a house in the Kapchorwa district, where he lives with his family.

Joshua Cheptegei is married to Yeko Cheptegei, and together, they have two children, Jethan Cheptegei and Jemima Cheptegei. Ugandas Joshua Chetegei and his fiance Carol Yeko Chepegei together with their in Kampala. Photo/ Kampala Report.

Yeko is a successful Civil Engineer; she runs her own company in Kampala, Uganda, doubling up as a manager at the Joshua Cheptegei Development Foundation.

Cheptegei started his charity foundation, dubbed the Joshua Cheptegei Foundation, where he focuses on nurturing young talents and helping the needy.