Because one must win one of the two major European events to qualify, it is one of the most challenging fixtures to get a spot in.

A trophy to start the season off with is the UEFA Super Cup. Additionally, at stake is the title of the greatest European club. The trophy has historically been won by a number of premier clubs from all over the continent. 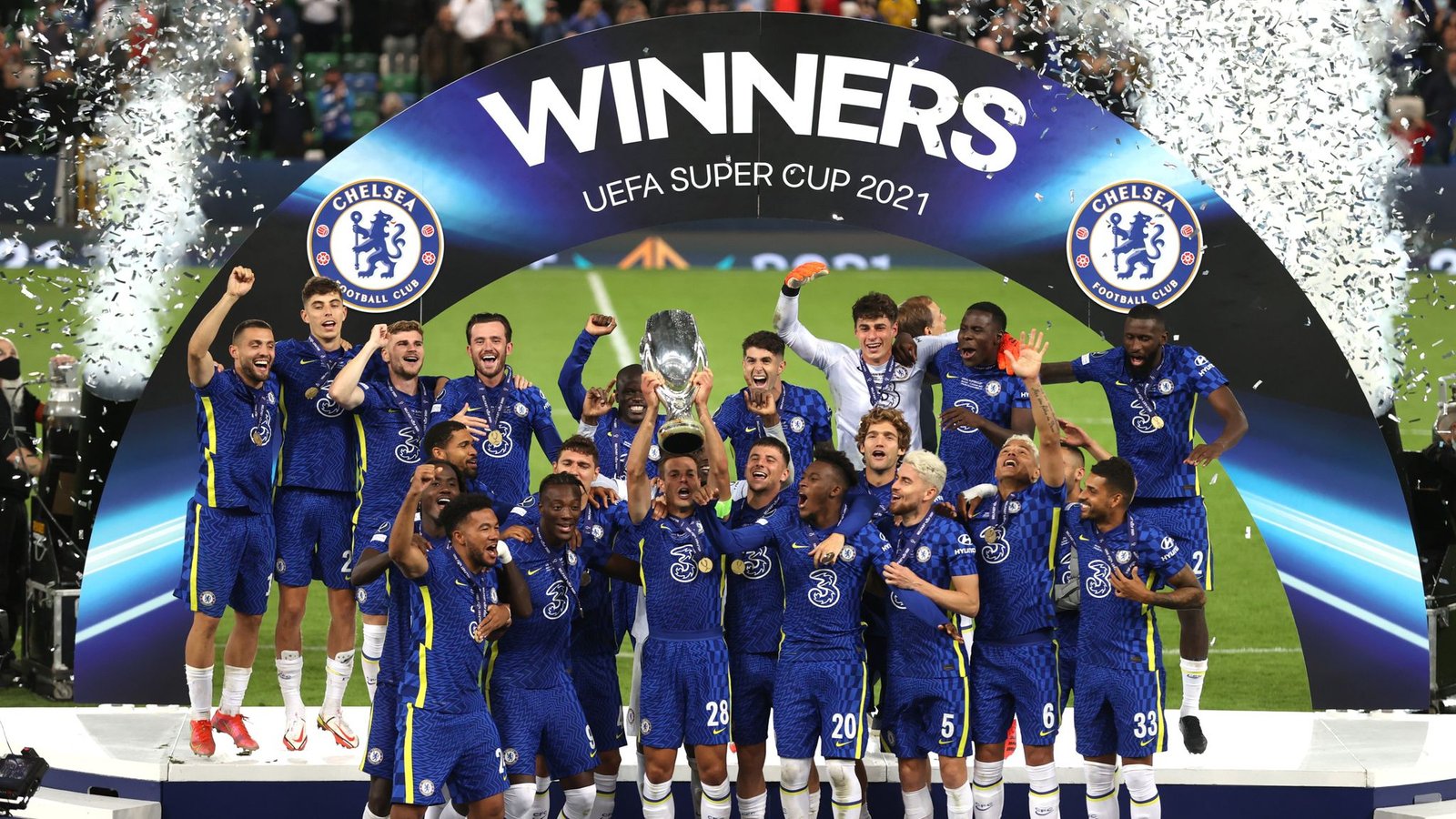 With two UEFA Super Cup victories, Chelsea FC. After the club won the second Super Cup in the 2021–22 season. This victory resulted from the Blues winning the 2020/21 UEFA Champions League.

In the previous season, 1998–99, the Blues defeated Real Madrid in the final match of the tournament, and Gus Poyet scored the game-winning goal.

European club Valencia has two other UEFA Super Cup victories under their belt. Even though the club’s current circumstances may be difficult, it has a long history.

The trophy was won by the Spanish team in 1980–81 as well as 2004–05. Valencia, though, is further away from recapturing the Super Cup by winning the UCL or UEL.

Juventus has twice won the UEFA Super Cup. The Old Lady initially took home the prize in the 1984–1985 season. Their second victory came in the previous season when they defeated Paris Saint-Germain 9-2 over two legs.

FC Bayern Munich, a dominant force in the German Bundesliga, has also won the Super Cup thrice. Both triumphs were recent in the years 2013–2014 and 2020–21.

The Bavarians advanced to the Super Cup in both instances by winning the UEFA Champions League. In both cases, the team continued to win the FIFA Club World Cup.

The second team to win three UEFA Super Cup championships is Atletico Madrid. Their last victory came in 2018–19 when they defeated Real Madrid, a rival team from the same city, after extra time.

The La Liga team also won the Super Cup in 2010–11 as well as 2012–13, in addition to this. The team advanced to the match in each of the three cases by lifting the Europa League.

READ ALSO: He is like a ‘god’ why Atletico Madrid players love Diego Simeone

Ajax has previously won the USC three times. In addition to European championships and one Europa League victory, the Dutch club has a distinguished European past.

Ajax entered the match, having won the Champions League on each of the three seasons they won the Super Cup.

With four UEFA Super Cup victories, Liverpool FC is the most dominant English team in Europe regarding the tournament. It also boasts six UEFA Champions League victories of any English team. It’s a little astonishing that Real Madrid, a 14-time winner in Europe, has only won USC four times.

The current UEFA Champions League kings will play Eintracht Frankfurt on the 10th of August at the Helsinki Olympic Stadium in an effort to earn a fifth trophy. Their previous victory s occurred in the 2017–18 seasons.

The Italian team entered the match as the UEFA Champions League title holder on each of these occurrences. The club hasn’t won a European trophy in more than ten years.