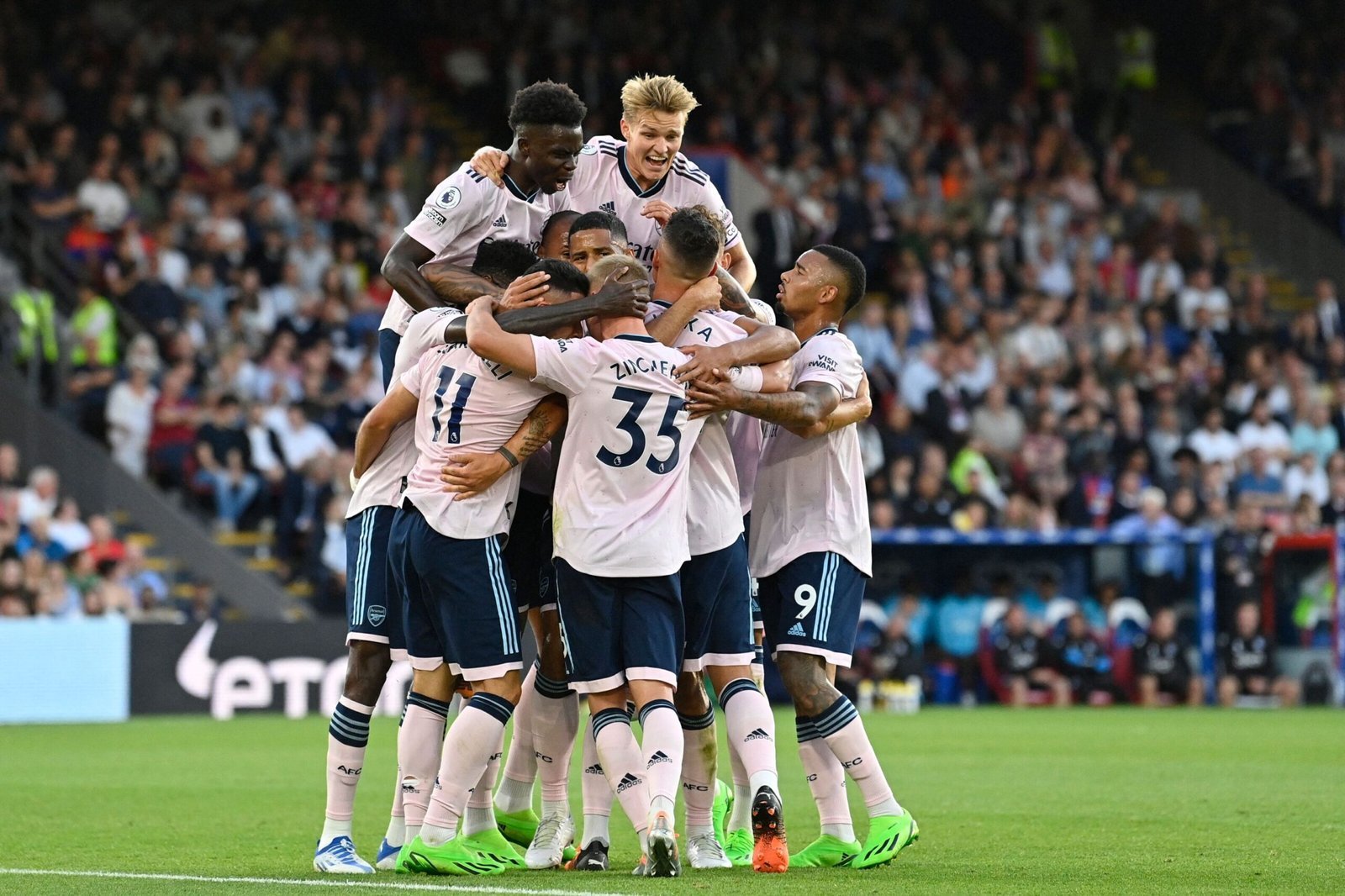 Arsenal started the new Premier League season in good fashion with a 2-0 victory away to Crystal Palace at Selhurst Park.

New signings Gabriel Jesus and Oleksandr Zinchenko made their debuts for Mikel Arteta’s side on Friday and both made an impact, with Jesus catching the eye and Zinchenko providing the assist for the opening goal of the game.

Gabriel Martinelli was the beneficiary, heading in from close range, with Arsenal belatedly adding a second in the closing stages when Bukayo Saka’s cross was deflected into his own net by Marc Guehi.

Palace had chances to equalise in the intervening period, forcing strong saves from Aaron Ramsdale, but he and Arsenal stood firm to earn their first three points of the new campaign.

Jesus immediately showed what he will bring to Arsenal by dancing through the Palace defence before seeing his shot deflected into the path of Martinelli, who wastefully missed the target.

Martinelli soon had his goal, however, as Saka’s deep corner was headed back across goal by Zinchenko for the forward to nod in.

Early opportunities were few and far between for Palace, but a golden chance fell to Odsonne Edouard before half-time and his header drew a strong save from Ramsdale down to his right.

Ramsdale was again called into action early in the second half, with Wilfried Zaha feeding Eberechi Eze, who aimed his finish too close to the England goalkeeper.

Arsenal invited pressure in the closing stages, but Palace could not capitalise and saw their hopes of rescuing a result dashed unwittingly by Guehi.

Arteta’s new recruits showed exactly what their manager expects from his side, setting the tempo – Jesus led all Gunners in duels contested (21) – having clearly settled quickly following their transfers from Manchester City. Arsenal new signing Gabriel Jesus started and impressed despite missing on the scoresheet on his first Premier League match for the gunners against Crystal Palace. | PHOTO: Getty Images |

Arsenal are far from the finished product, however, failing to capitalise fully on their first-half dominance and inviting pressure from Palace, with Ramsdale needed to be called upon to preserve the lead.

Martinelli did not let that glaring early miss affect his game and scored a vital goal, but he also played a key role linking the play for Arsenal.

The Brazil international completed 23 of his 25 pass attempts, picking out a team-mate on 10 occasions in the final third.

Although he pulled the strings in the fashion you would expect, new Arsenal captain Martin Odegaard too often looked for the extra pass when he had a sight of goal.

And unlike Martinelli, Odegaard was not accurate in finding the Gunners’ change pink shirts in this situations, completing only 64 per cent of his final-third passes.

Arsenal tackle Leicester City at the Emirates Stadium in the Premier League next Saturday, while Crystal Palace travel to Anfield the following Monday.