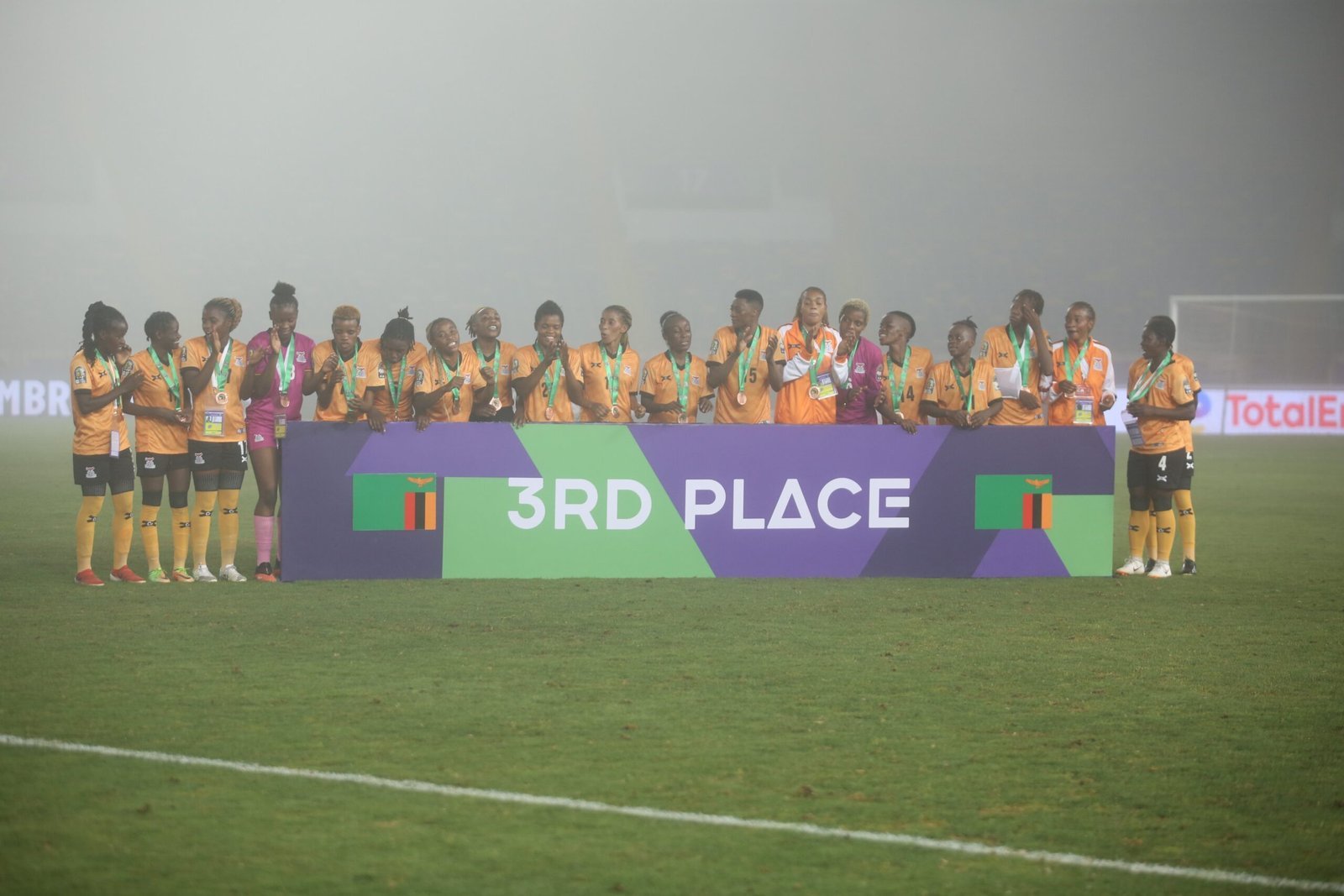 Zambia completed their best ever outing at the Women’s Africa Cup of Nations (WAFCON) after edging out Nigeria 1-0 to clinch the third place in Morocco.

Nigerian goalkeeper Chiamaka Nnadoze scored into her own net to hand Zambia the lone goal that they held on till the final whistle, to fly back home with a medal around their necks.

“I am so proud of the girls. They worked hard, they did their best and they turned the disappointment of missing out on the finals to a fight for bronze. We are delighted as a team and now we want to start planning well for the World Cup,” said Bruce Mwape, the Zambian head coach.

Nigeria’s Randy Waldrum will now have more questions to answer after a disastrous campaign. The Nigerians struggled to impress and the injury to their key striker Asisat Oshoala after the opening match of the tournament took them steps back.

Waldrum’s run in with the Nigerian media didn’t help matters and now calls for his sacking have began gathering pace, with Nigeria fearing an apocalypse of a performance at the World Cup next year.

Barbra Banda ruled out of the tournament 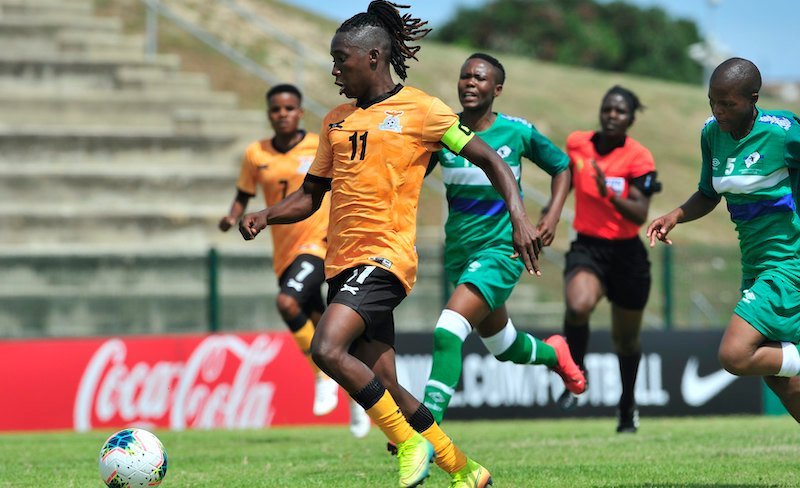 Zambia’s Barbra Banda in action during a past match. PHOTO/COSAFA Media

For Zambia, it was a massive result especially noting they did not have one of their best players Barbra Banda who was ruled out of the competition allegedly because of gender rules. It is alleged that she failed a gender test.

But the Zambians were up in arms over the decision, questioning why she was allowed to skipper the team at the Olympic Games in Japan last year, but couldn’t be allowed to play at the WAFCON.

Against Nigeria, the Copper Queens decided to take all their disappointment in with a worthy performance.

Bruce Mwape’s ladies showed early glimpses of an upset in the game with some delightful display which paid off on the half hour mark. A thunderous strike from Evarine Katongo from the edge of the box struck the woodwork but Nnadozie could not deal with the rebound as the ball hit her to enter the net after 29 minutes. 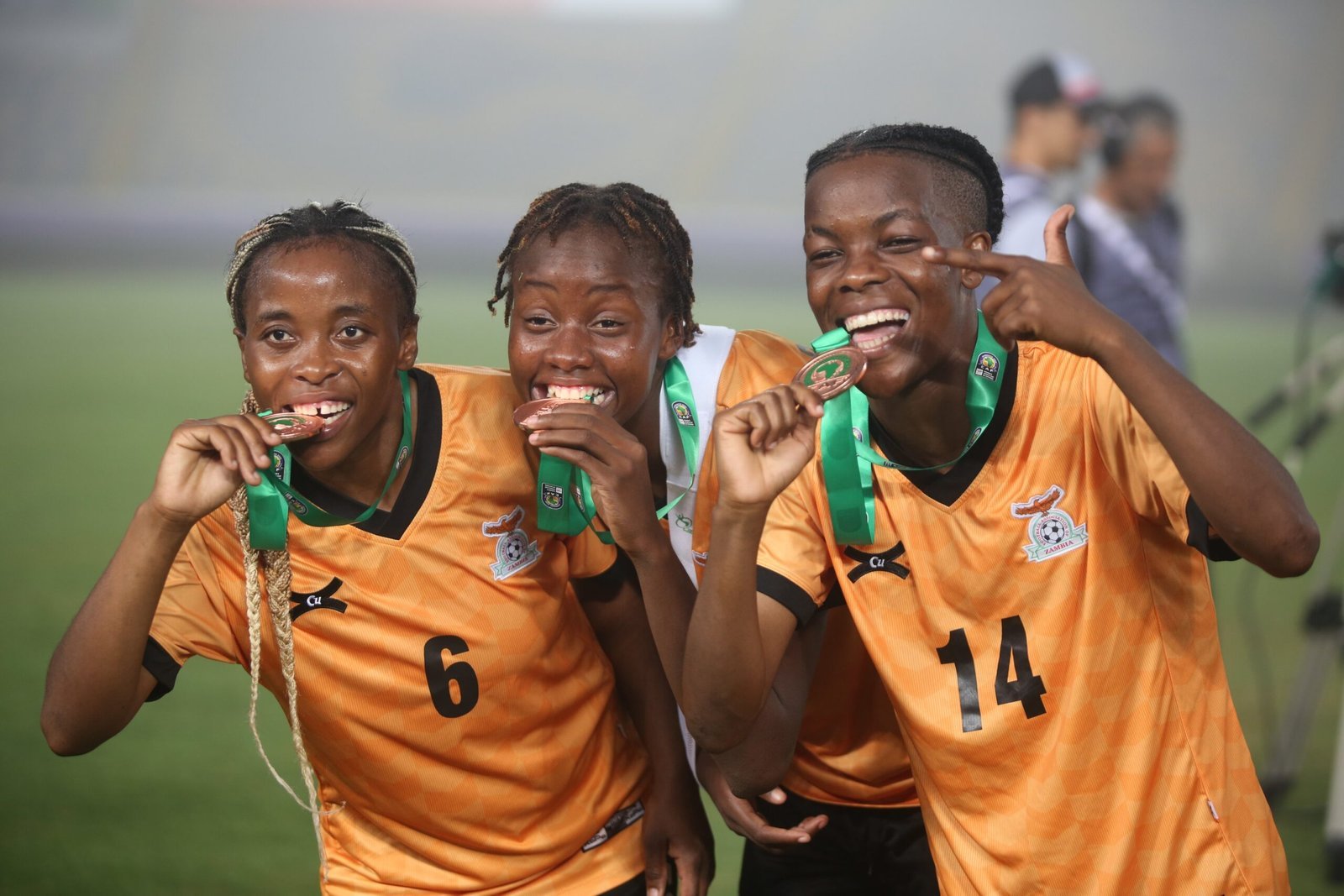 Nigeria came into the second half with a different attitude as they tried to get the equaliser but the Zambians dealt with any threat that came their way.

The Copper Queens held onto their lead to ensure the bronze medal remained theirs with Nigerian left to count their losses with a disappointing tournament.