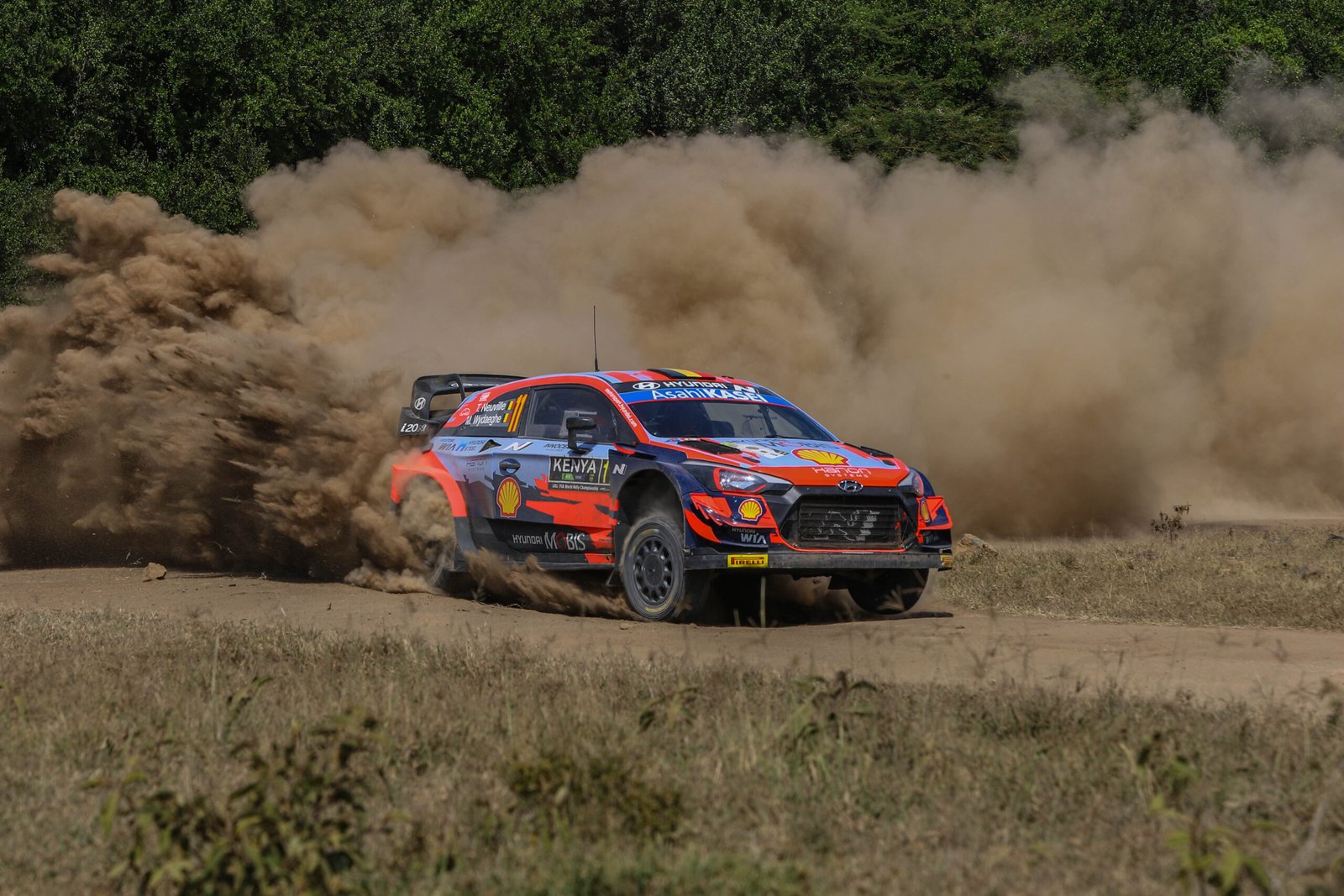 The WRC Safari rally has been fortunate to become the first rally in Africa where top notch hybrid cars will compete for the first time ever.

The Ntulele Conservancy off the Moi North Lake road will for the second year running serve as venue for the rally’s shakedown On June 22, where the hybrid cars are set to have a taste of the competitive gravel of Kenyan roads ahead of the opening day of competition in Nairobi on Thursday.

A 5.4km trail of the track will be used by drivers to test their machines ahead of the rally.

Shakedowns offer opportunities for crews to test their competition cars on terrain similar to the rally before the event starts. Competitors must drive through the shakedown stage at least three times, with all passes being timed stages

The event will provide a great spectator experience, according to WRC Safari Rally CEO Phineas Kimathi who reveals that this year’s edition will once again retain it’s fabled reputation as the “World’s Toughest Rally”.

“It will be the first time ever that the P1 cars will have been driven on any other surface other than Europe. We are proud of being the first country in Africa to host the Rally 1 hybrid -powered cars where crews will savour their first feel of the spectacular challenge ahead,” Kimathi said.

Kimathi, who is also the KMSF Chairman, revealed that the Shakedown will precede reconnaissance of the Kasarani Spectator Stage (SS1) where Priority 1 drivers will use their WRC Rally1 cars from 07.30hrs on Thursday June 23.

Thereafter, crew will proceed to Kenyatta International Convention Centre at11:00hrs for a press conference to be followed by the Ceremonial Start at 12:46hrs.

From 14:08hours on Thursday June 23, the first 2 cars will tackle the Super Special Stage (SSS) at Kasarani.

Kimathi quipped: “It’s only on Safari where two cars race against each other at the same time in a WRC set-up.”

The Safari will take place in the Great Rift Valley, around Lake Naivasha and Elmenteita with the Service Park returning to the Kenya Wildlife Services Institute in Naivasha on the main Nairobi to Nakuru Road.