Ghana, Angola off to winning starts in 2023 AFCON qualifiers 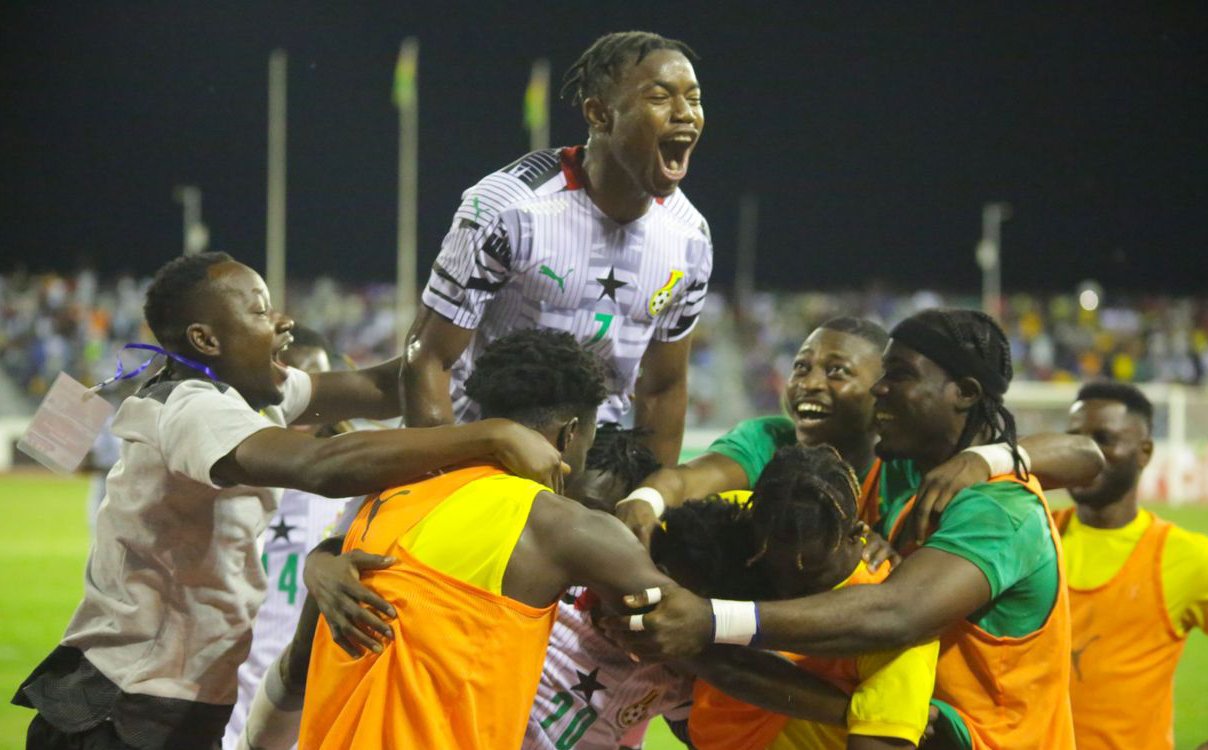 Ghana, Angola and Libya started off their campaign to qualify for next year’s Africa Cup of Nations (AFCON) in Ivory Coast with wins in their opening matches of the qualification on Wednesday night.

The Black Stars who are on a new lease of life since the appointment of Otto Addo were off to an emphatic start in their journey towards qualification, courtesy of a brilliant second half show. They had the chances, but couldn’t break the deadlock in the first half.

In the second period, the Ghanaians were off to a strong start and they broke the deadlock eight minutes after the restart when Mohamed Kudus slammed into the roof of the net.

The Ajax midfielder took a first time shot inside the box after being fed through by a cutback from Felix Afena Gyan who had collected a pass off Dennis Odoi.

The AS Roma starlet then doubled Ghana’s lead just three minutes later with a brilliant touch from a corner. The Ghanaians started the set piece short with Abdul Rahman Baba slashing in a low cross from the left.

Osman Bukari then completed the rout for Ghana four minutes before time with a brilliant piece of individual effort, dribbling into the box before shooting home.

“I was very impressed with how we played today. Everyone gave a good account of themselves and it was great to start with a win especially at home,” said Addo after his side’s win.

Meanwhile, Angola came from a goal down to beat the Central Africa Republic 2-1 but would have won by a bigger margin had they converted a second half penalty.

The Central Africa Republic broke the deadlock in the 32nd minute when Samuel Nlend struck a brilliant side footed shot into the net off a cross from a Brad Pirioua cross. Angola were guilty of ball watching as they stood their chase thinking the whistle had gone.

Angola were handed a way back to the game when dangerman Ary Papel was brought down by the keeper inside the box. However, skipper Fredy struck his penalty wide.

But Angola fought back from the disappointment and scored two goals in four minutes to come back and clinch victory.

M’Bala Nzola drew the side level with a brilliant bouncing header at the backpost when the CAR keeper failed in his bid to come out for a corner from Helder Costa.

Gelson Dala then completed the comeback four minutes later with a low shot from inside the box, which left the CAR keeper rooted to his spot. Nurio Fortuna had done well to dribble his way to the edge of the box before slipping through his mate.

In the other match played on Wednesday. Libya won 1-0 at home against Botswana, in a match that witnessed fans in the stadium for the first time in a while.

Saleh Al Taher scored the goal in the 54th minute when he reacted fastest after the Botswana keeper had initially saved a penalty from Sanad Al Warfali.

Dani Alves the trophy master, here are all the trophies he won
Paris Saint Germain star in Kenya for holiday