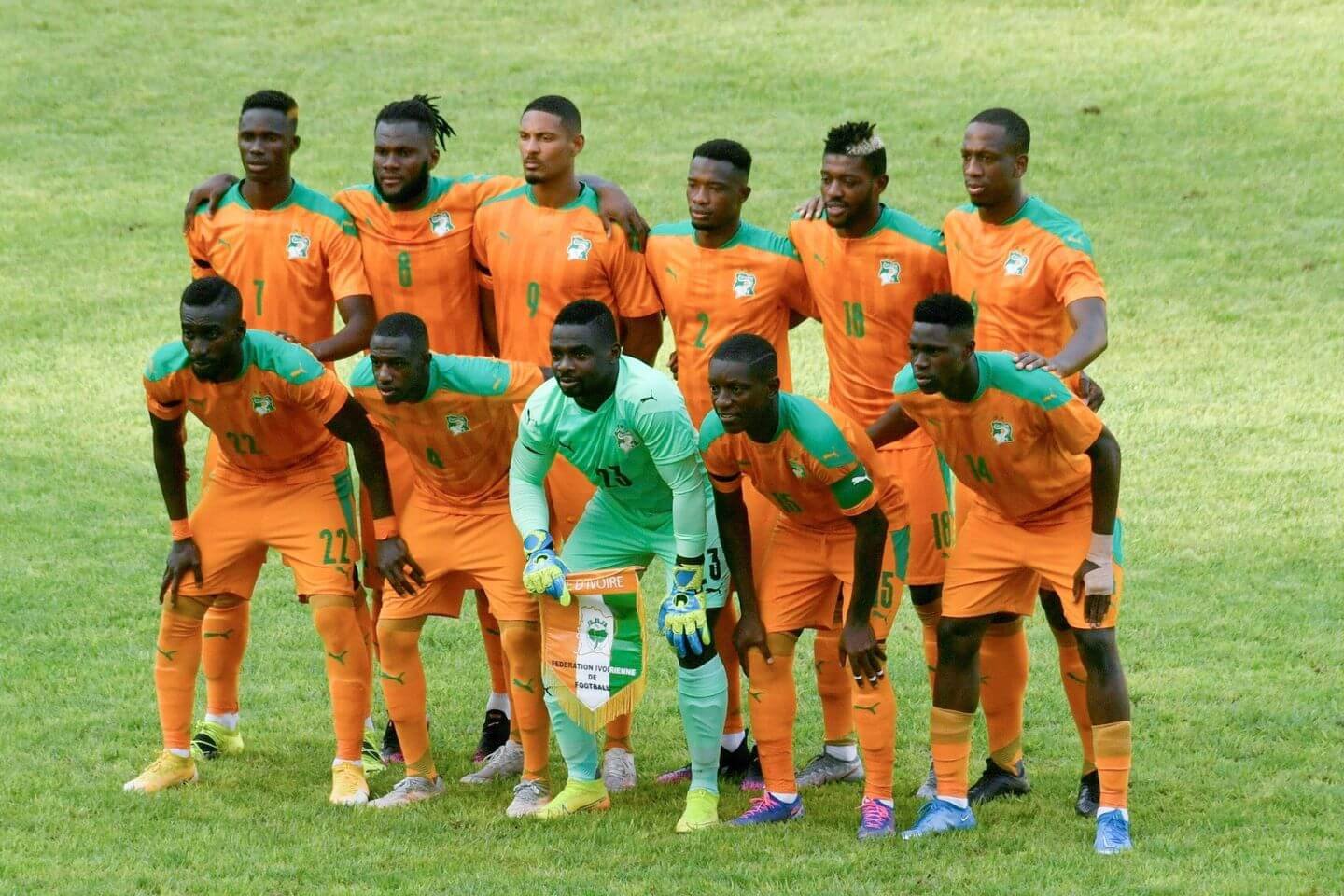 Africa Cup of Nations (AFCON) 2023 hosts Ivory Coast and Burkina Faso earned wins as the race towards qualification to next year’s showpiece gathered momentum on Friday.

The Ivorians will play at the Cup of Nations by virtue of being hosts but are playing the qualifiers as build up. Only one more team from their group will qualify for the competition.

Zambia’s hopes of being the only team to qualify from this group were dashed as they suffered an opening day loss away from home.

Captain Serge Aurier, Christian Kouame and Ibrahim Sangare scored for the home side with Patson Daka getting the consolation in stoppage time for the Chipolopolo.

The Ivorians, under the tutelage of new tactician Louis Gasset were dominant and gave the veteran Frenchman a positive start to his tenure.

Toster Nsabata, the Zambian goalkeeper was made to work in the first half, making good saves to deny Ghislain Konan’s long ranger before he pulled off another great save to deny Max Alain Gradel’s effort from the edge of the box.

Gradel came close to the opener again, but this time his shot from inside the box beat Nsabata but came off the frame of goal.

Kouame doubled the advantage for the hosts with a free header following a cross from Gradel before Sangare wrapped up with another goal in the 89th minute.

Zambia pulled one back in stoppage time through Patson Daka following a swift counter attacking football.

Elsewhere in Moroni, Comoros set off their journey towards qualification for a second consecutive AFCON on a high, winning their opening game at home 2-0 over Lesotho.

This was new coach Younes Zerdouk’s first game in charge and he started off his tenure with The Coelacanths with victory. Zerdouk was picked to head the Comoros team after the exit of Amir Abdou whom he deputized.

After a goalless first half, the home side went full attack in the second half and they broke the deadlock after 59 minutes through Youssouf M’Changama.

They continued dominating and doubled their tally nine minutes to time through Benjaloud Youssouf.

Elsewhere, Hassane Bande and Dango Ouattara struck in the second half as Burkina Faso beat Cape Verde 2-0 in their opening Group B match played in Morocco. 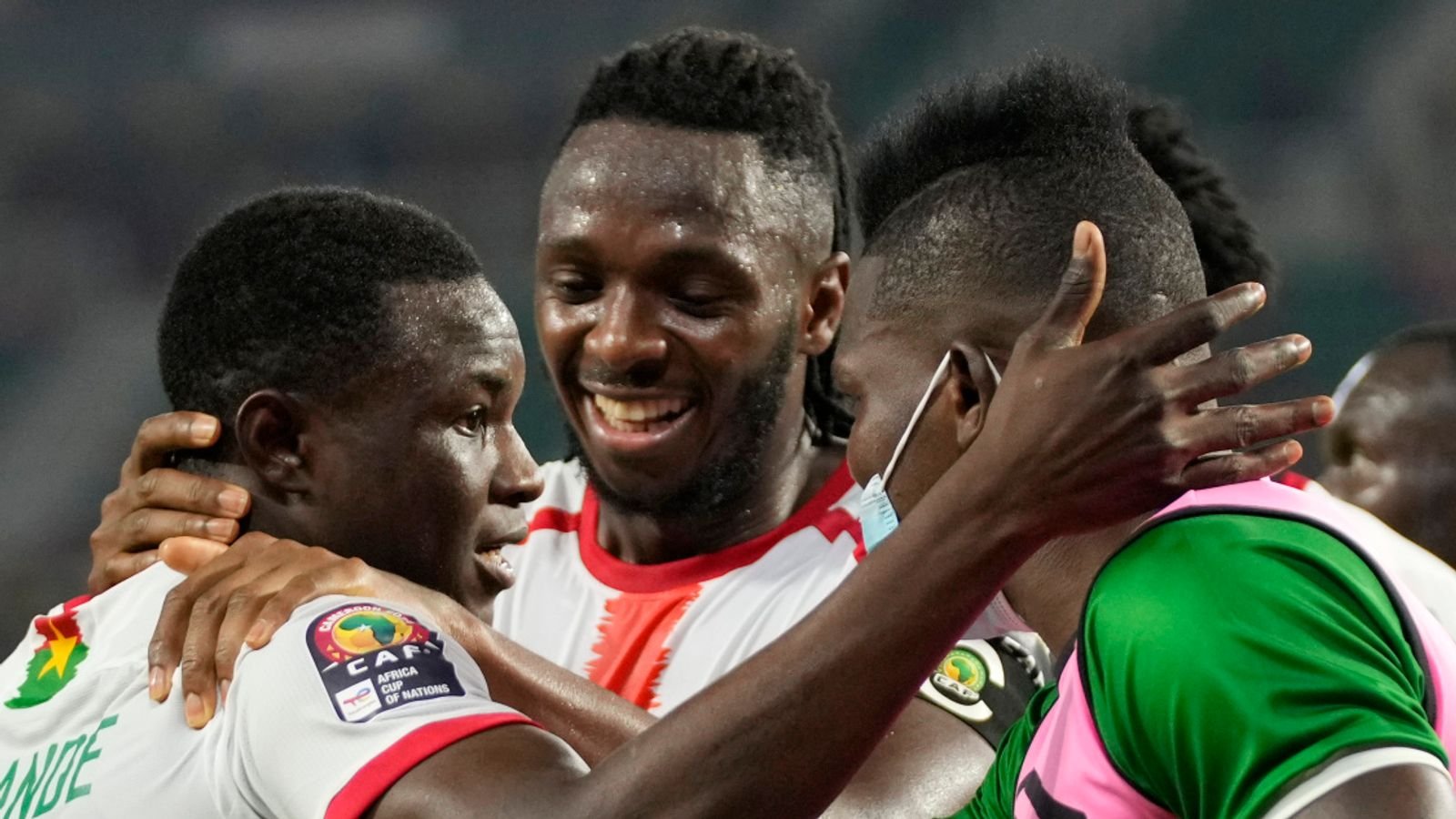 Nurkina Faso celebrating in a past match

In a tight and closely contested affair, the tie was settled by a pair of headers in the second period. There were few and far in between opportunities in the first half. The Burkinabe had to make a change on the half hour mark when Edmond Tapsoba was substituted off after picking an injury and was replaced by Bande.

The substitute made his mark in the second half when his neat header off an Ouattara cross from the right bounced into the net after 58 minutes.

The Burkinabe continued their dominance and had more chances with substitute Cedric Badolo having a shot blocked inside the box.

They however wrapped up the game when Ouattara registered a goal to his name with two minutes left, sneaking in a header at the near post after running to an Issa Kabore cross from the right.

In Lome, hosts Togo relinquished their lead twice as they were held to a 2-2 draw by eSwatini.

Siboniso Ngwenya’s goal in the 95th minute grabbed a point for the visitors, with Togo having scored what they thought was an 87th minute winner through Kodjo Laba. 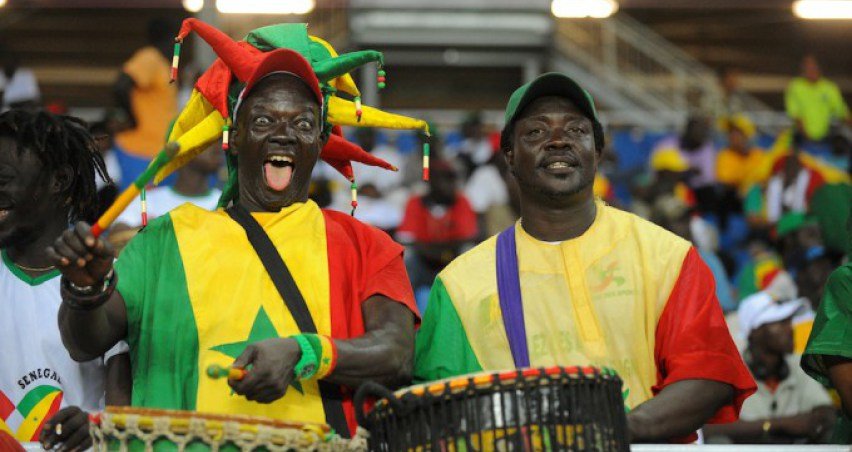 The Togolese had so many chances in the opening half especially through Laba, who was a constant thorn in the eSwatini backline, but he couldn’t utilize his chances.

Togo finally broke the deadlock in the 20th minute when Placca curled in a brilliant freekick from almost 35 yards out to send the stadium into frenzy.

They had more chances with Laba guilty of missing more than three good opportunities. eSwatini’s best chance of the half was via a Kwakhe Thwala freekick which was turned behind for a corner.

In the second half, Togo came in looking to seal the victory with a second goal, but were not successful infront of goal.

Against the run of play, they were caught out on the counter when a ball was played out wide long on the right. Ndzinisa managed to sneak in between the two central defenders to head home from a cross.

But, in the 87th minute, Laba finally found his goal when he headed home from a corner, beating the keeper to the ball at the edge of the six yard box.

Togo thought the win was well secured but were stunned, against the run of play again when eSwatini broke on the right and ended up in Ngwenya striking an unstoppable belter that came off the bottom of the bar into the net, in the fifth minute of added time.