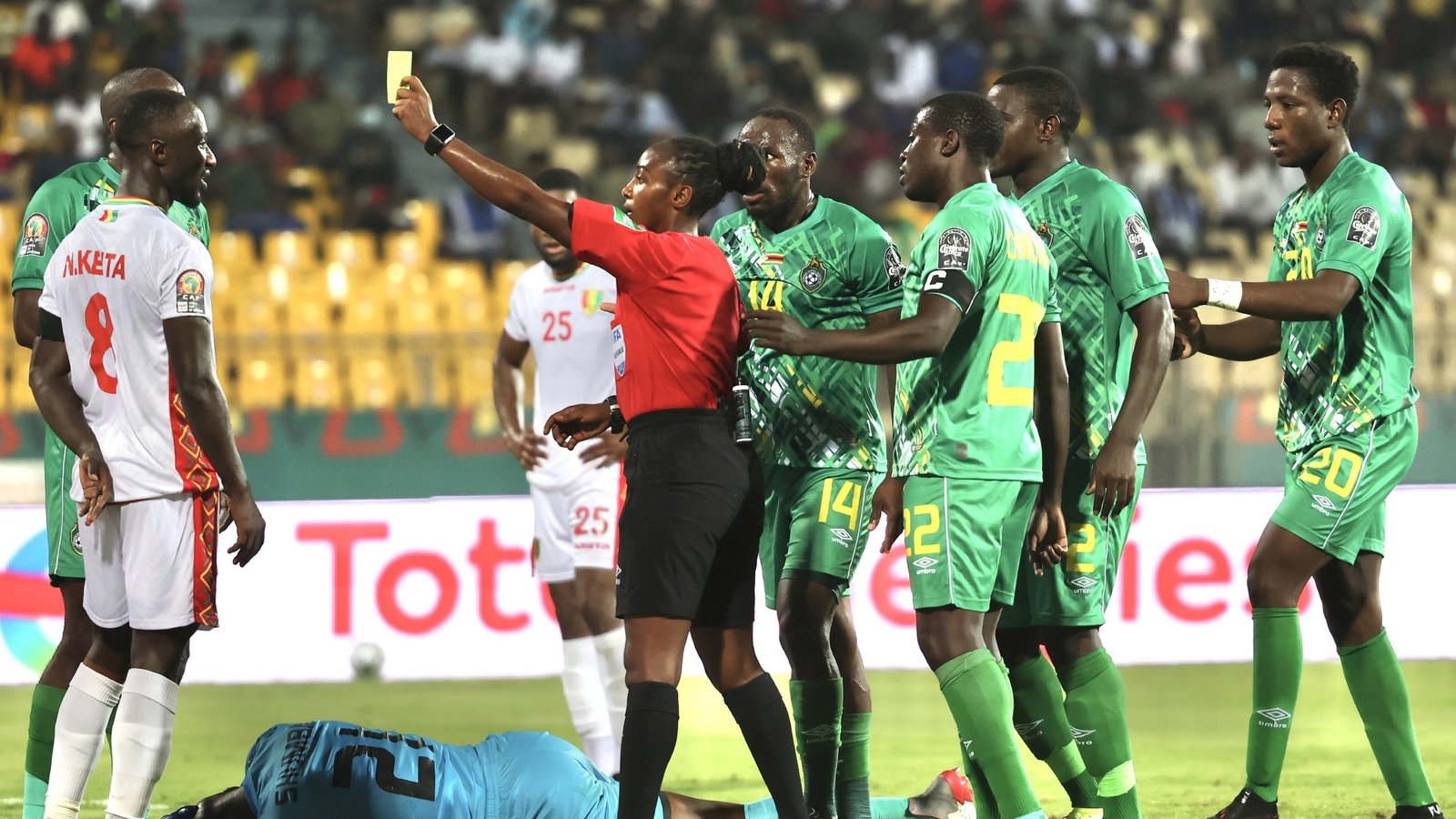 Later this year, at the Qatar World Cup, six female referees will officiate games at a prominent men’s tournament for the first time.

Anthony Taylor and Michael Oliver, both Premier League officials, are also on the list and will supervise games during the tournament, which begins in November. 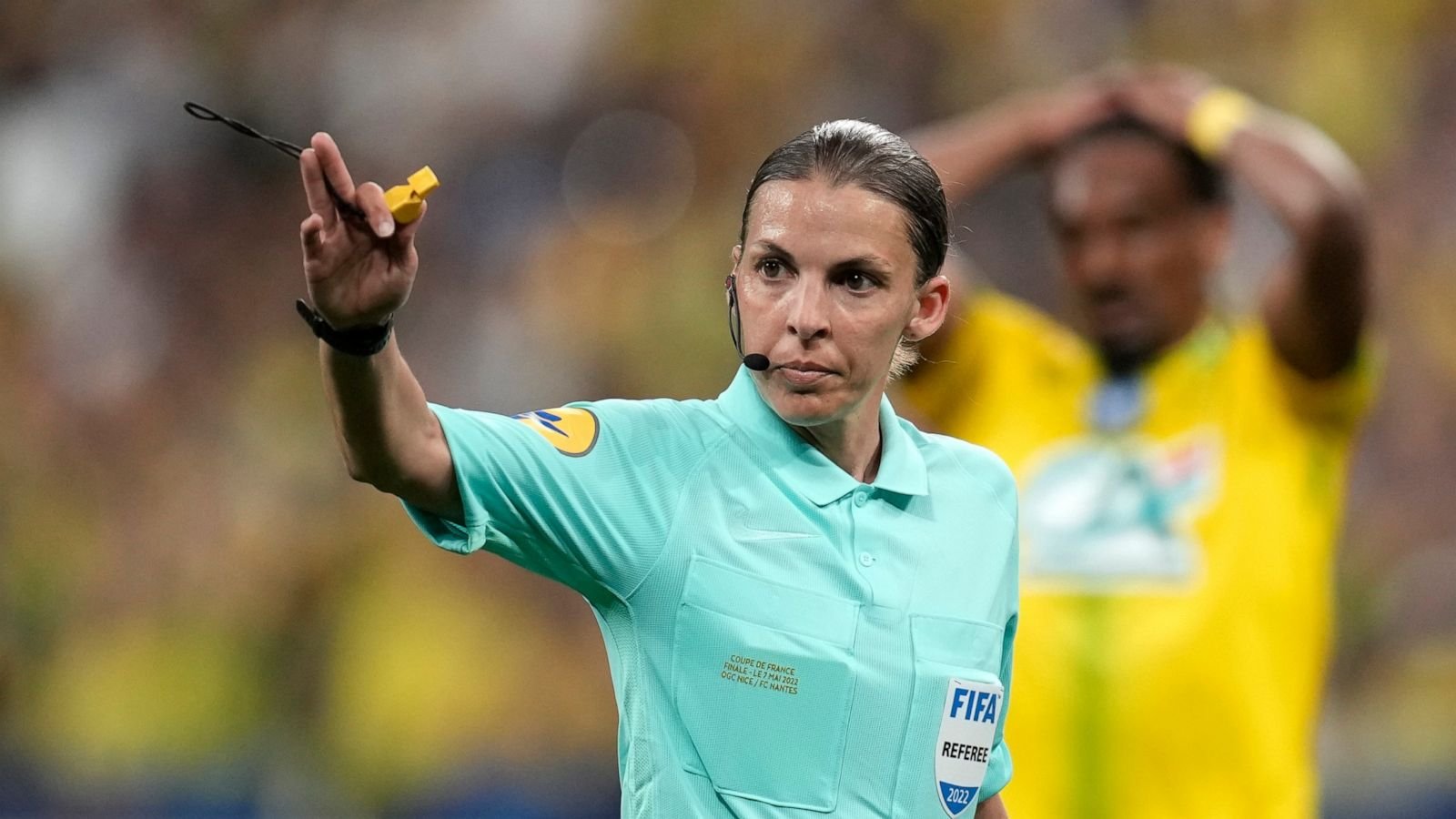 The 38-year-old has been on the FIFA international referees list since 2009, and she became the first female official of a Ligue 1 match for Amiens against Strasbourg in April 2019.

Frappart was appointed to oversee the 2019 Women’s World Cup final between the United States and Holland and the men’s UEFA Super Cup match between Liverpool and Chelsea in Istanbul in August.

She became the first woman to referee a men’s UEFA Champions League game in December 2020, when she took charge of Juventus against Dynamo Kyiv.

She made history again in March 2021 when she officiated a men’s World Cup qualifier between Holland and Latvia. She was also in charge of Northern Ireland’s 4-1 win away to Lithuania that September. Yamashita, who officiated at the 2019 Women’s World Cup, was also a referee at her home country’s postponed 2020 Summer Olympics.

Yamashita, 36, made history as the first female referee of a J League game in May 2021, when she officiated a third-division match between YSCC Yokohama and Tegevajaro Miyazaki.

The 36-year-old officiated matches at the 2022 AFC Women’s Asian Cup. In April, it became the first female referee of an AFC Champions League match as Melbourne City defeated South Korean side Jeonnam Dragons. 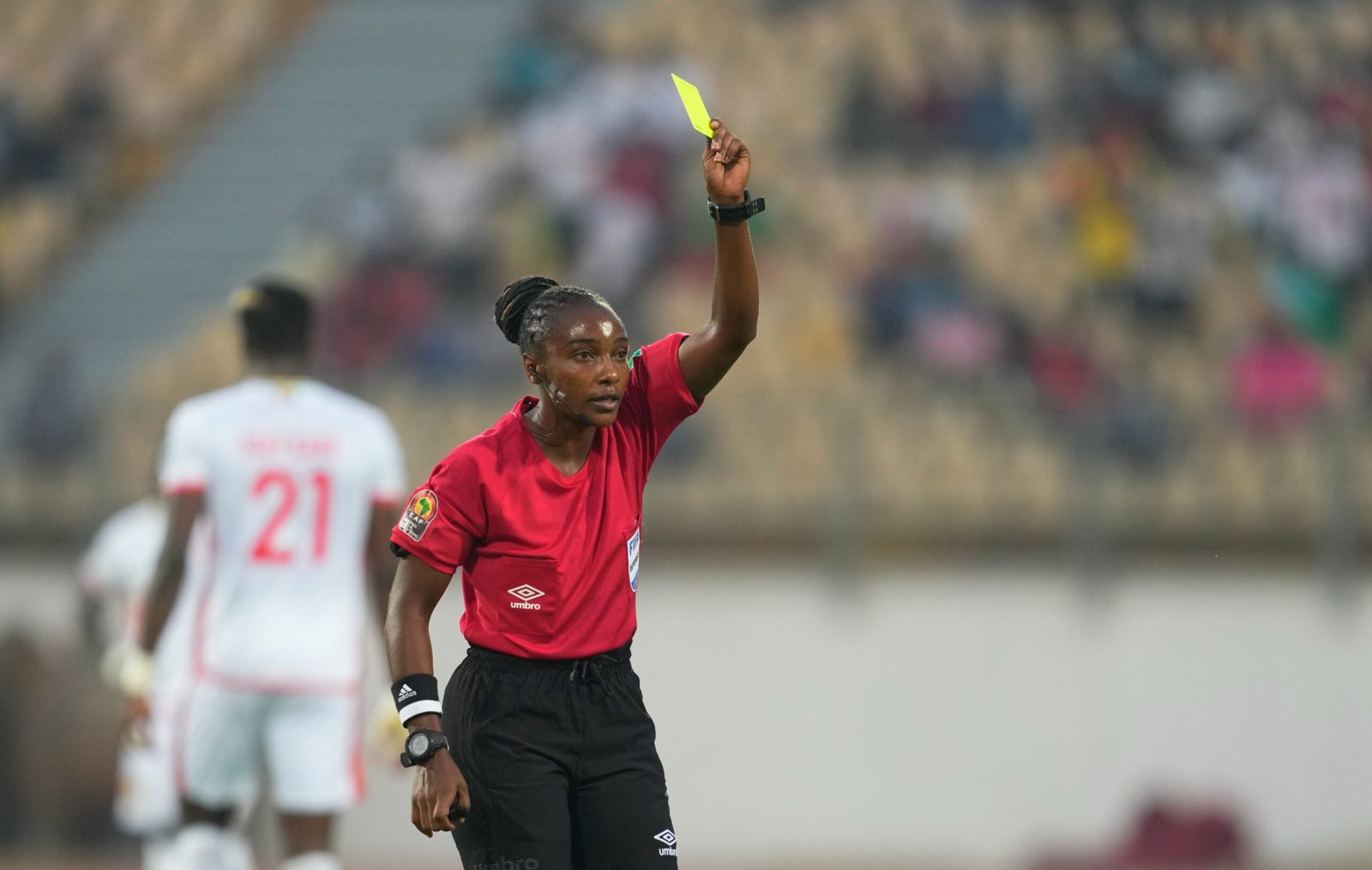 Salima Mukansanga officiated a match between Zimbabwe and Guinea to become the first female referee at the Africa Cup of Nations finals. Photo: Twitter

In January, when she took charge of the group match between Zimbabwe and Guinea, the 33-year-old became the first female referee at the Africa Cup of Nations finals.

Mukansanga, a bachelor’s degree in Nursing and Midwifery from the University of Gitwe, officiated the 2016 Africa Women Cup of Nations final between Cameroon and Nigeria.

She has also coached in the CAF Women’s Champions League, the 2019 Women’s World Cup, and the 2020 Olympics, where she oversaw Great Britain’s 2-0 win over Chile in Sapporo.

‘As always, the criteria we have used is “quality first”, and the selected match officials represent the highest level of refereeing worldwide,’

‘In this way, we clearly emphasise that it is quality that counts for us and not gender.’ said FIFA referees committee chair

Women from North America have also been chosen to serve as assistant referees in the tournament.

FIFA’s push to include other women on and off the field has become increasingly necessary in case of growing scrutiny of how the sport is managed and growing global interest in women’s soccer.

More money has been invested than ever before in developing players and match officials.

That, according to Collina, should help make the presence and inclusion of female referees less of a talking point than it is now.