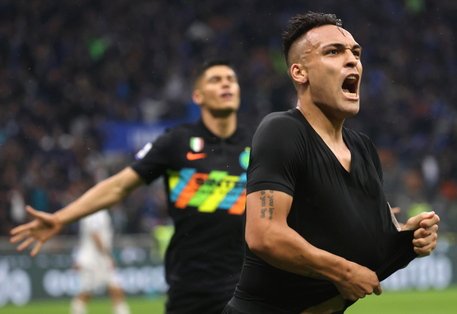 Lautaro Martinez netted twice as Inter Milan recovered from two goals down to defeat Empoli 4-2 in a thrilling contest and climb above fierce rivals Milan at the top of Serie A.

Empoli had failed to win any of their previous nine away league games yet took the lead inside five minutes at San Siro through Andrea Pinamonti, who is on loan from Inter.

Inter were two goals behind when Kristjan Asllani fired in, but Martinez struck after ex-Milan man Simone Romagnoli had put into his own net to level up before half-time.

Martinez completed the comeback in the 64th minute and Alexis Sanchez added a late fourth as Inter moved one point above Milan, who travel to Hellas Verona on Sunday.

Pinamonti slid in to meet Szymon Zurkowski’s cross and give Empoli an early lead, the striker proving true to his word by not celebrating the goal.

Asllani had a goal ruled out for an offside infringement but, after Inter had a penalty awarded and then ruled out by VAR, the youngster brilliantly controlled a pass and fired home.

But Romagnoli’s own goal when trying to cut out Federico Dimarco’s cross gave Inter hope and Martinez guided in a first-time shot five minutes later to wipe out Empoli’s lead.

Sanchez then added some gloss to the scoreline in added time when converting a pass from fellow substitute Edin Dzeko, who had himself hit the post a minute beforehand. 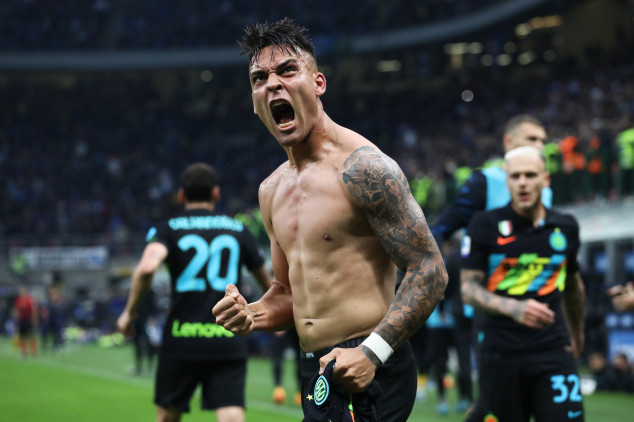 Inter Milan forward Lautaro Martinez celebrates after scoring his second and Inter’s third against Empoli in a Serie A clash on Friday, May 7 2022. | PHOTO: Getty Images |

Inter had won their last eight Serie A meetings against Friday’s opponents and were without defeat in 13 in this fixture, but they were given an almighty scare by Aurelio Andreazzoli’s men.

This Martinez-inspired comeback puts the pressure firmly on Milan, who have Verona, Atalanta, and Sassuolo still to come in their final three matches.

Simone Inzaghi’s men chucked everything they had at Empoli after falling two goals behind and ended the contest with 37 shots, the most of any side in a game in Europe’s top five leagues this season.

Martinez was responsible for seven of those attempts, three of which were on target and two of them ending in the net to keep the Scudetto race very much alive.

Hakan Calhanoglu set up the first of Martinez’s goals and now has 11 Serie A assists for the season.

Only two other Inter players have registered as many assists in the competition over the past 15 campaigns – Maicon in 2009-10 and Romelu Lukaku last season.

Inter face Juventus in the Coppa Italia final on Wednesday before returning to Serie A action next weekend with a trip to Cagliari. Empoli host Salernitana in their next match.