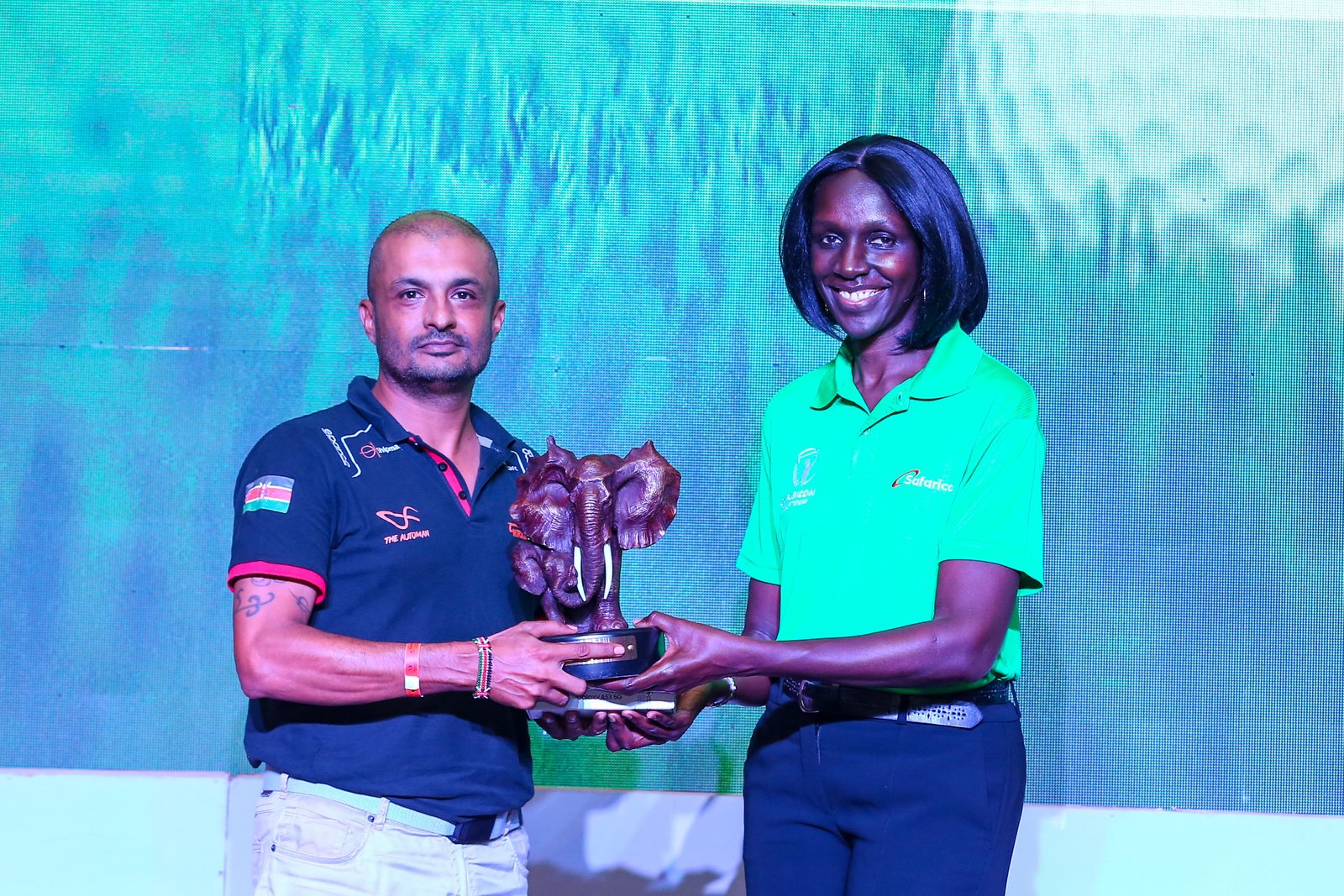 Nyali’s home-based golfer Kailesh Chauhan clinched the overall title at the Coastal leg of the Safaricom Golf Tour played at the Nyali Country Club after returning 44 points in a field of 246 golfers.

Chauhan capitalized on his home course advantage to post 44 Stableford points to claim the top honors in the competition, beating his closest challengers John Stokes and Mary Kadu who all garnered 40 points to come second.

“First I wish to thank Safaricom for such a wonderfully organized event. I have been practicing for this tournament since last week and this also being my home club, means I understand the course inside-out. I played a great game; had great swings and I am happy to have emerged the winner of this leg of the Tour despite the strong challenge from my opponents,” said Chauhan.

He becomes the eighth overall winner to book a slot in the finals to be to take place at Vipingo in August. He joins the 70 years old Don Riaroh of Karen, Alice Awiti, former caddie Cyprian Bundi, junior Golfer Leo Gitonga, Zain Manji, Lydia Jebichii, and Simon Kimatu, the winners of the other 7 legs.

Alloyce Ogolla and Rose Njogu with 40 and 39 points finished second and third respectively.

The two siblings, also students at Aga Khan Academy in Mombasa, posted a stunning gross of 83 and 93 points in an eighteen-hole tournament to claim the best girl and boy titles, respectively. 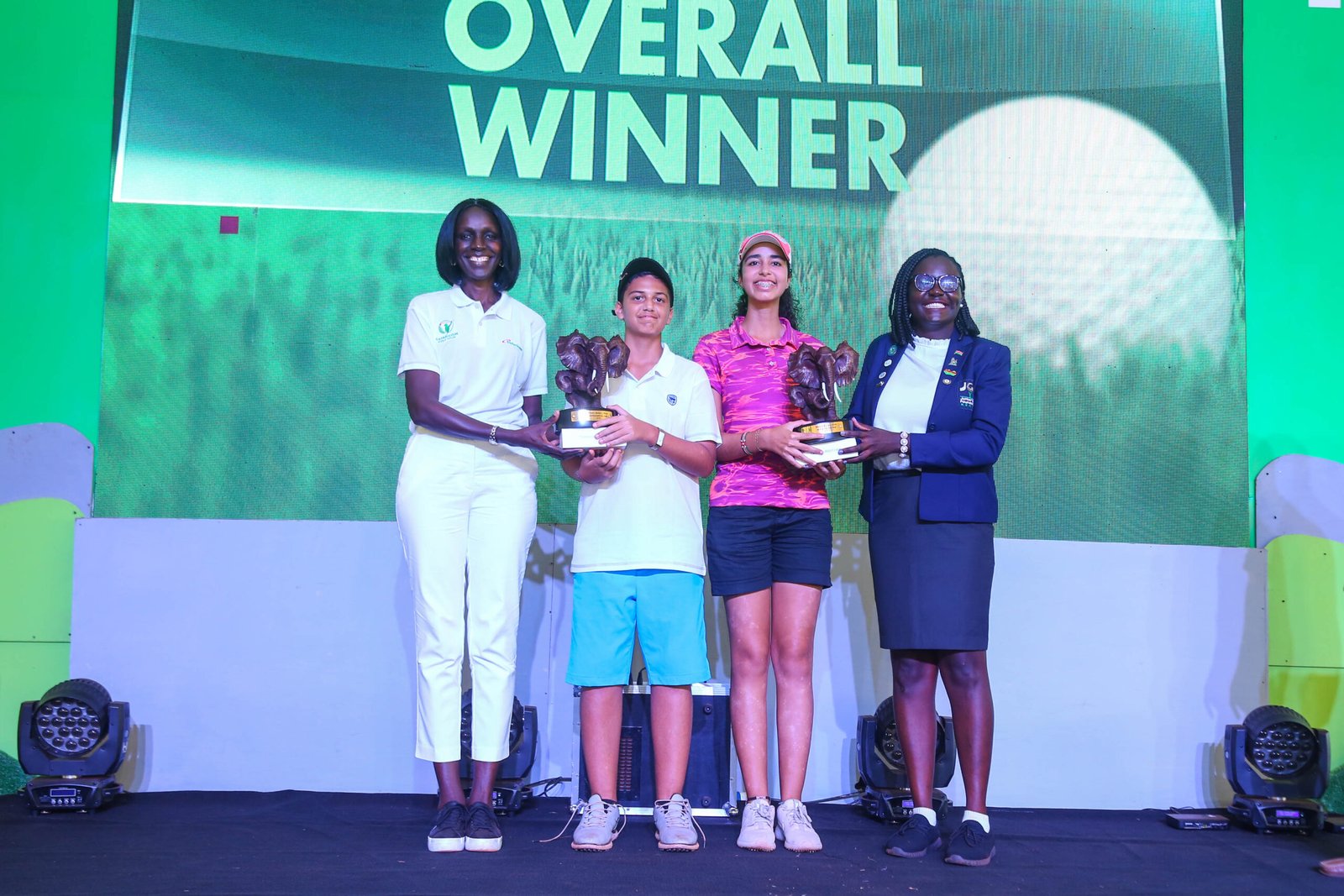 The juniors tournament drew 63 junior participants from all the six counties of the Coast including Mombasa, Kilifi, Kwale, Lamu, Tana River and Taita Taveta.

“I want to thank Safaricom and Junior Golf Foundation for organizing this junior event here in Mombasa. I also thank my brother for winning alongside me in today’s tournament. It is fantastic for the two of us and our parents. My first nine was a little bit tough, I scored nine over, but my second nine was good with two over,” Jamal said after the victory.

Playing in the Boys’ category 7 years and below, Jeff Kibe produced an impressive gross of 51 points to lead Justus Wagura, who finished second with 61 points. Aarna Mengi scored 51 points to beat her closest challenger Irene Asiyo with 56 points in the Girls 8 years and below category.

Meanwhile, Mwai Mariga, scored 100 points to lead his team in the 12 years Boys’ category with an outstanding performance at the course, where finishing second was Larson Odoo with a score of 111 gross. 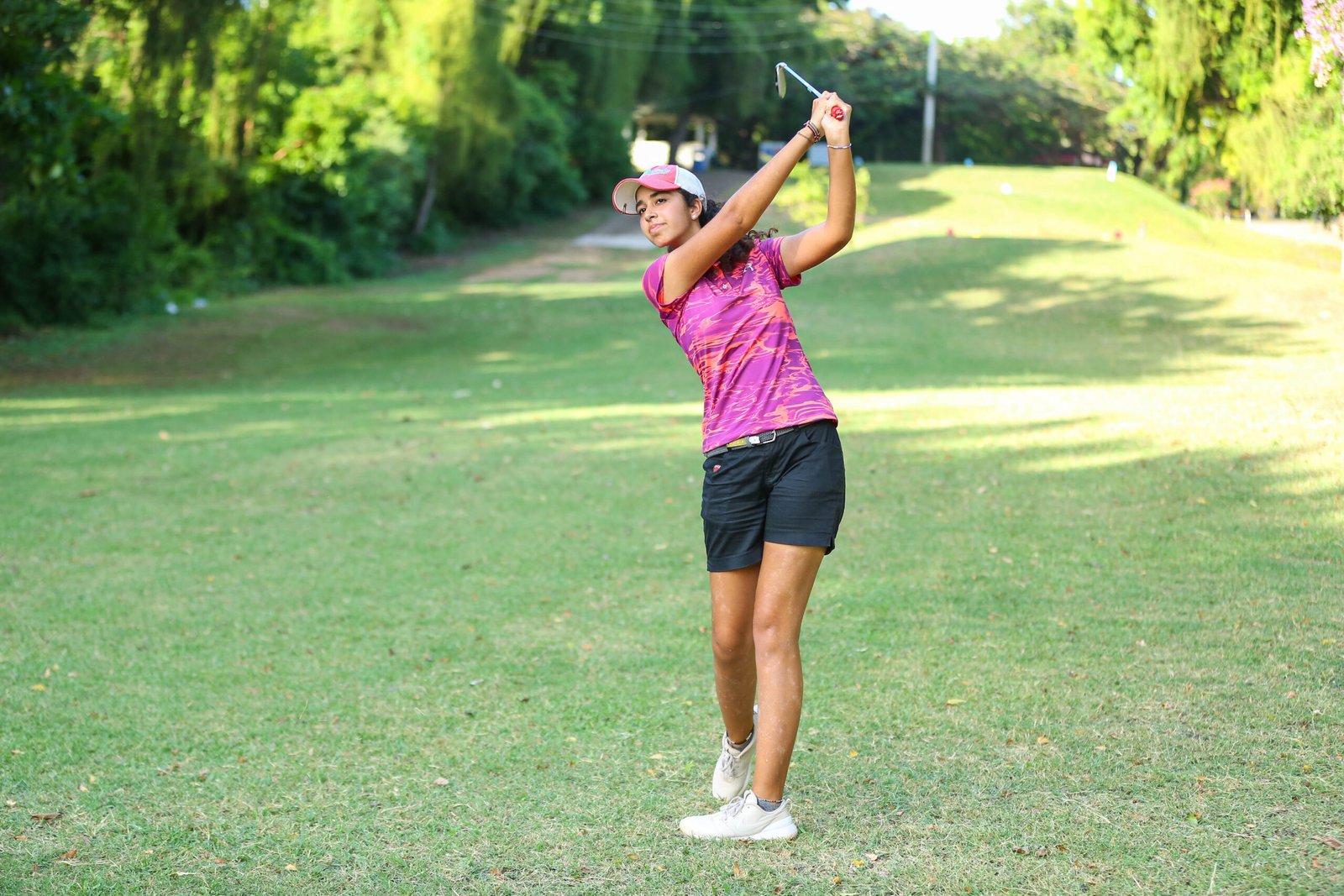 Alyssa Jamal, the overall Girl winner at the eighth leg of the Safaricom Junior Golf tournament at Nyali Golf Club.

Nathan Mujomba continued to dominate the 13-14 years Boys’ category after an outstanding performance at Karen Country Club. He scored 93 points to lead his team in Nyali, with Abdala Tokal taking the second position.