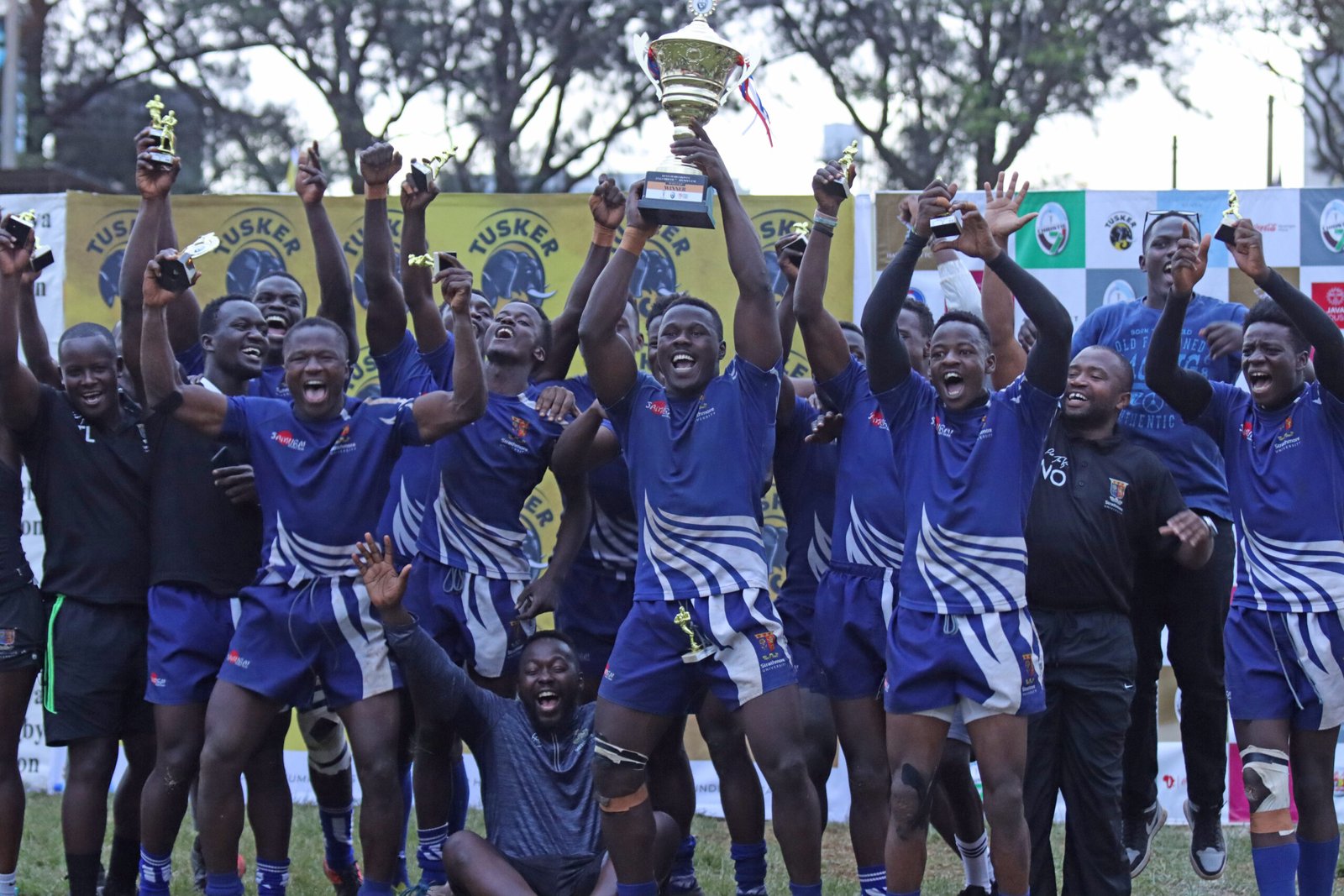 Strathmore Leos clinched the second round of the National Rugby Sevens Series after edging out holders KCB 15-10 in the final of the Christie Sevens at the RFUEA Ground. The Leos avenged for their loss against the Bankers in the season opening Kabeberi Sevens last weekend, where they had narrowly lost 12-10.

“KCB beat us at Kabeberi last weekend and we sat down and saw where we did wrong and tried to correct. We worked on where we went wrong and things went well for us. We knew we had to work on our fitness,” said Strathmore head coach Louis Kisia after leading his side to their maiden win at Christie Sevens.

Meanwhile, KCB were left ruing a poor start with head coach Dennis Mwanja saying they will bounce back despite the defeat.

“Playing Leos the second time, they came off surprisingly fast scoring the quick tries. We took too long getting back into the game but as usual Sevens is very unforgiving so we could not secure the win. We go back to the drawing board and restrategize and focus on what we need to do better,” said Mwanja after the final. 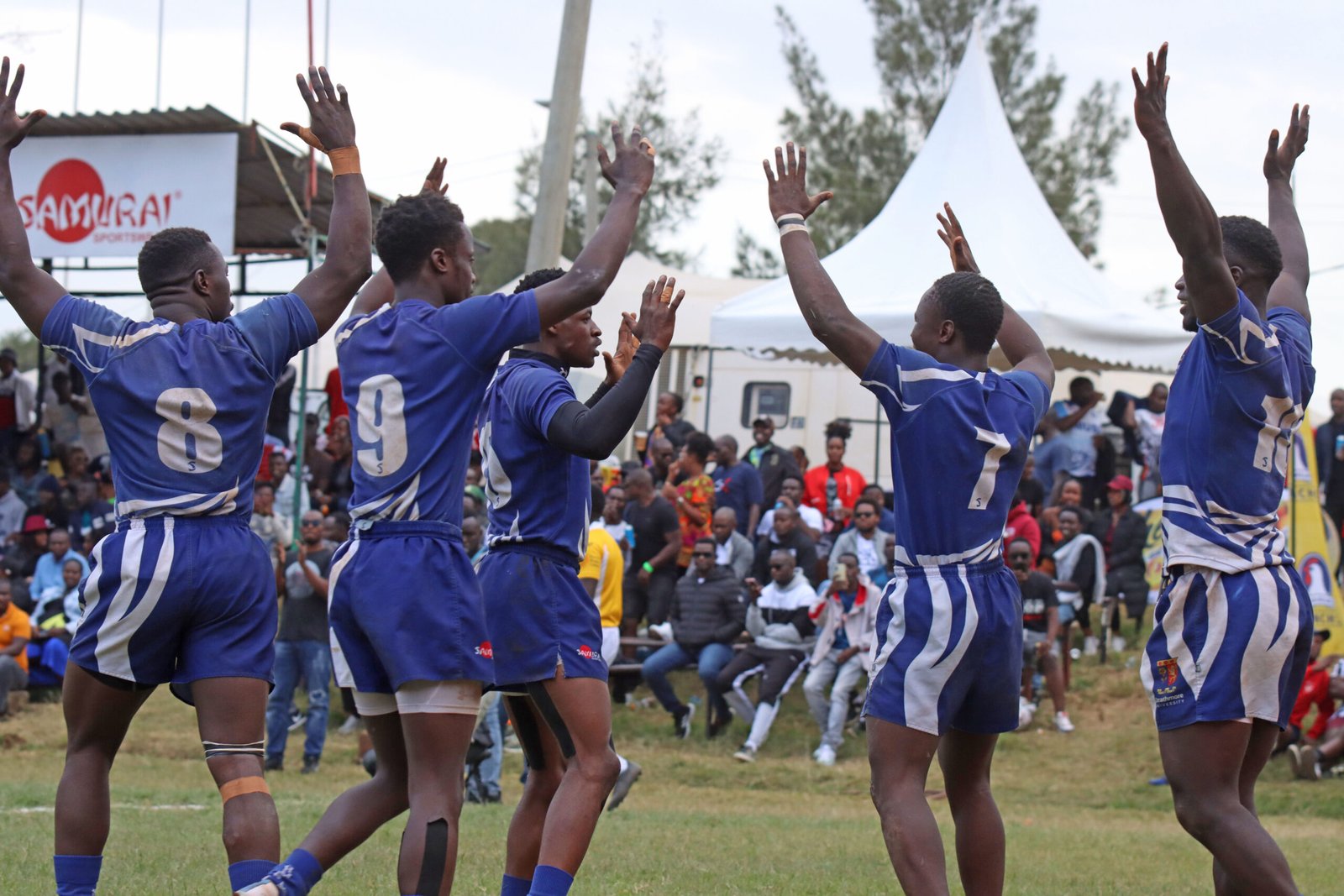 Strathmore Leos celebrate one of their tries

The Leos chalked three unconverted tries in the opening half while the bankers only responded with one in either half as they won their maiden title to continue with their impressive start to the season.

Philemon Olang, Barnabas Owuor and Mathew Mogaya dotted down for Leos while KCB’s consolations were off Geoffrey Okwatch and Levy Amunga.

Coming in after a brilliant run in the semis where they thrashed Western Bulls 29-7, Leos were confident and it showed in how they started the match.

Straight from kick off, they forced KCB to play in their own half and dotted down two quick unconverted tries through Olang and Owuor on either flank of the try box. 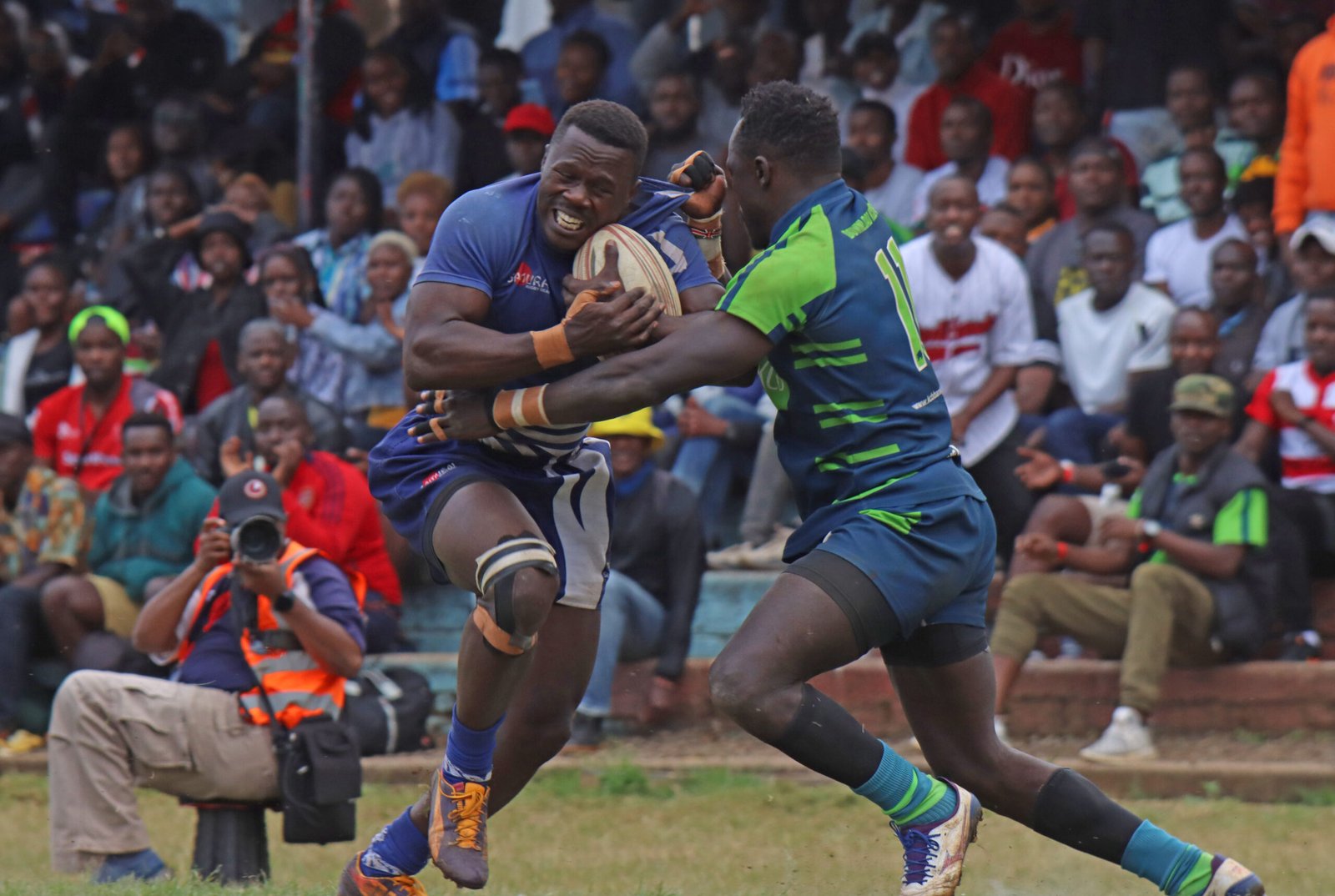 Action between KCB and Strathmore Leos at the Christie Sevens

KCB charged back and drew one level through Okwatch who rallied for a run down the right flank, but minutes later, Leos were flying once again when the bulldozing Mogaya forced his way across the try line on the right.

In the second half, KCB tried to push in for a comeback but despite Amunga’s try, the University students held on for the remaining minutes of the match to claim their first ever victory in the Cup final at the Christie Sevens.

In the semis Leos were all over Bulls and clinched an easy win.

Mathew Mogaya crossed over twice for the University side as they ran riot over Bulls. He broke the deadlock crossing over on the right after some patient build up, before Philemon Olang added the second.

Bulls grabbed some hope through Duncan Kibet’s try after winning the ball off a line out, but Leos responded immediately, Festus Safar adding a converted try for a 17-7 lead at the break.

Mogaya would add his second in the second half and Dan Kisakyamukama topping another as Strathmore completed the job. 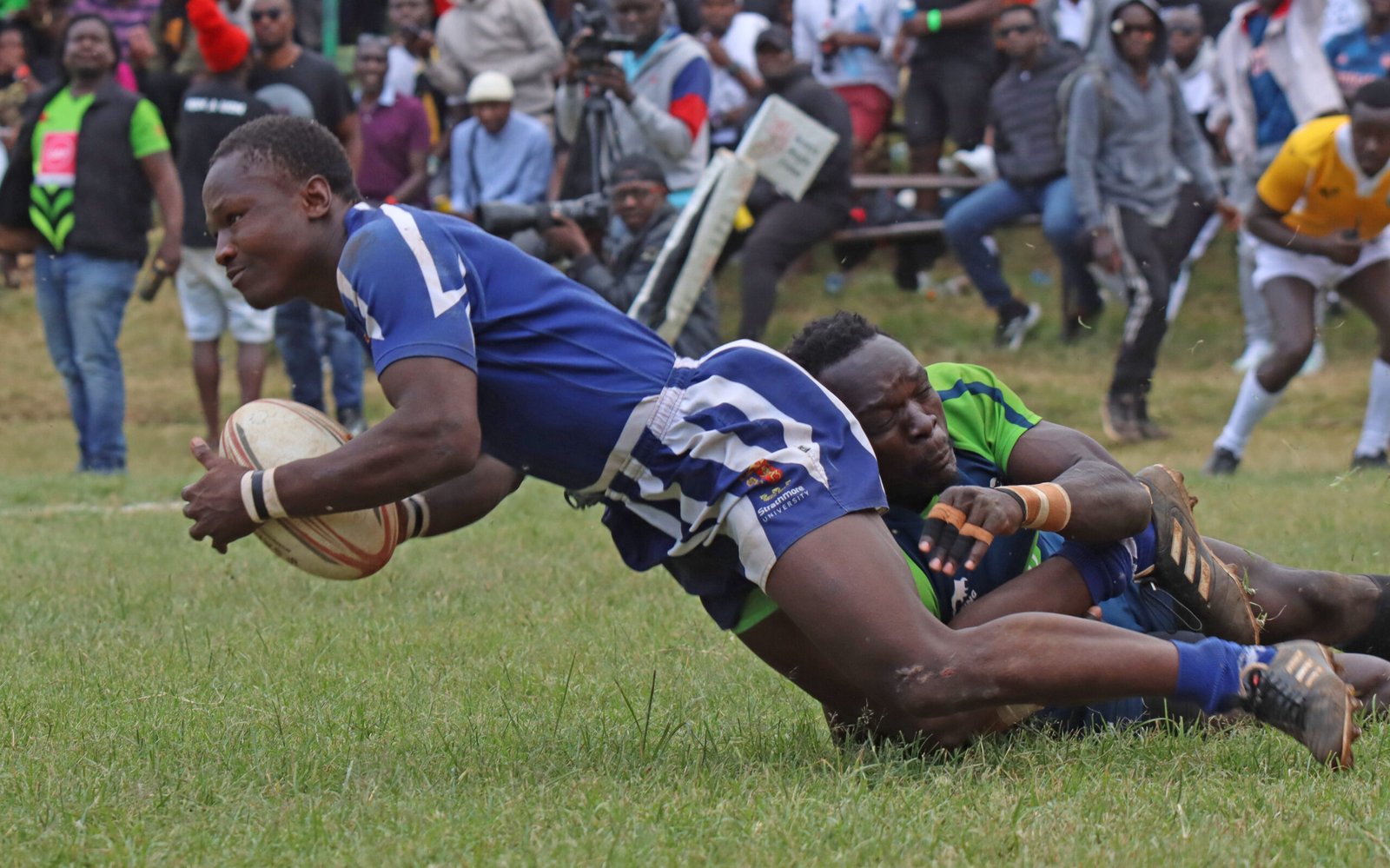 Earlier on, KCB were made to work before beating Menengai Oilers in sudden death. Jacob Ojee scored right at the start of the first half of extra time after a 12-12 stalemate in regular 14 minutes.